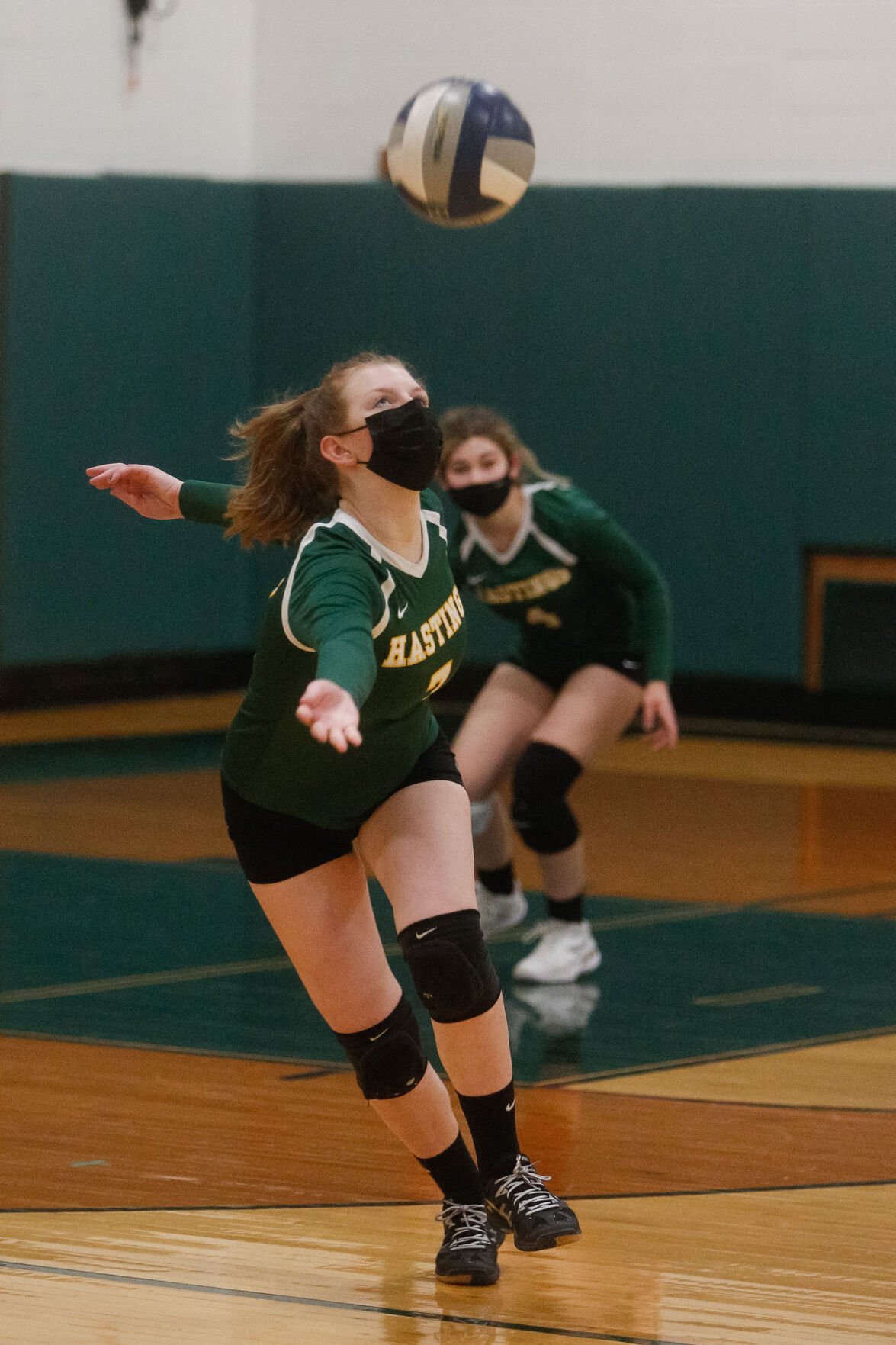 Hastings’ Leigha O'Dell lunges to save the ball against Dobbs Ferry. 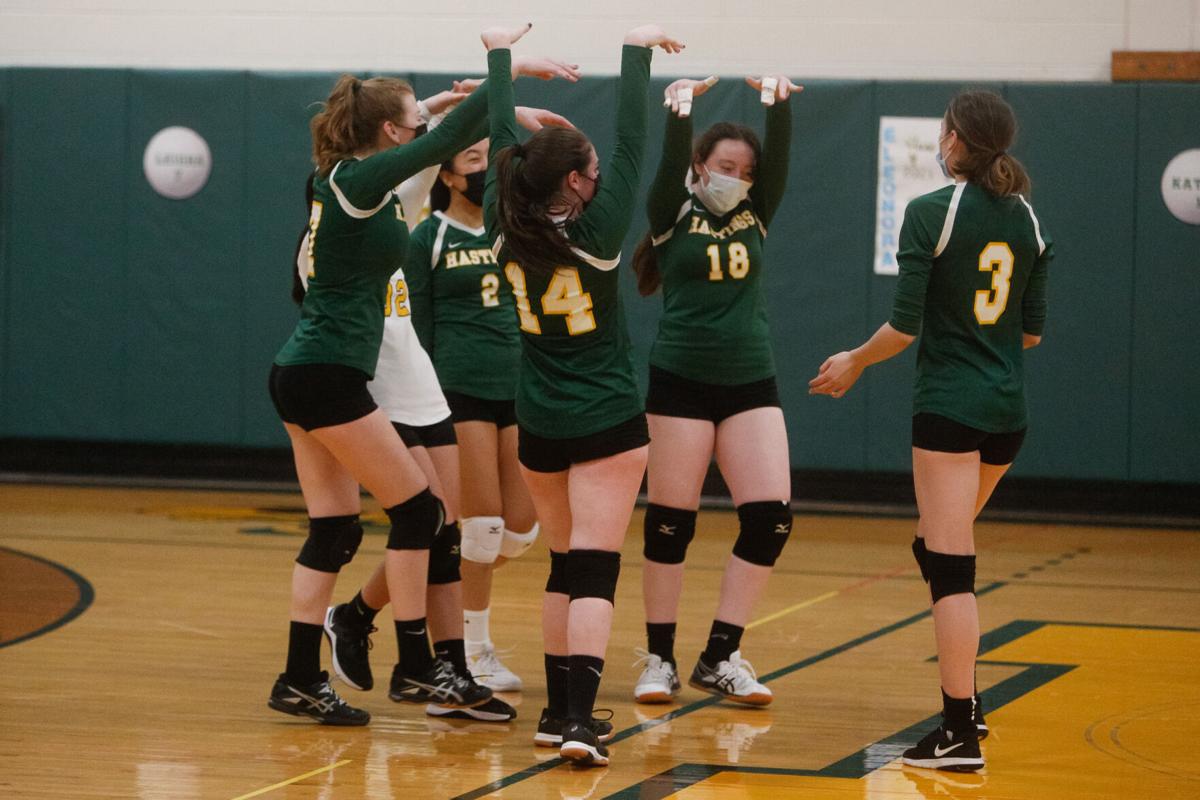 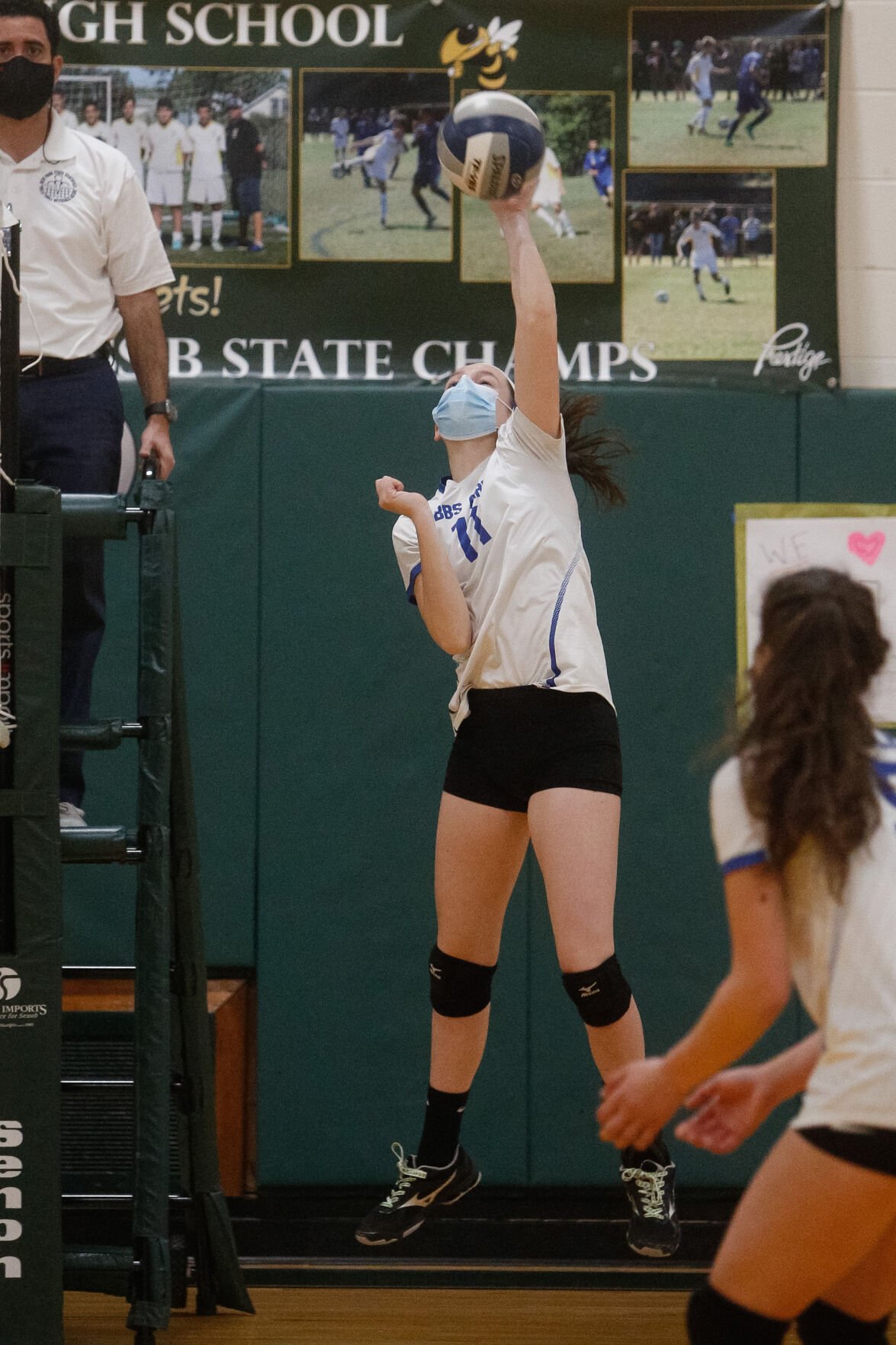 Hastings’ Leigha O'Dell lunges to save the ball against Dobbs Ferry.

Despite 20 kills from Rory McNerney, host Ardsley came up short against Yorktown for the second time this season, again falling in four sets to the Cornhuskers, this time on April 8.

In the rematch at Ardsley, McNerney added five blocks and two digs, while Megan Bruno chipped in with eight kills. Nikki Macri contributed nine digs for the Panthers.

The first set was knotted at 19-19 before Yorktown’s Jackie Knoesel set up teammate Olivia Waschencko for a kill that gave the visitors the lead for good in the opener.

Yorktown moved within a set of taking the match with a wire-to-wire victory in set number two. The Cornhuskers led by as many as seven points in the set on several occasions before a late Ardsley run saw the home team get within two points at 22-20 and 23-21.

However, with a chance to get within a point at 22-21, McNerney’s serve found the net; then, a block by Waschencko put the Cornhuskers within set point at 24-21.

Ardsley returned the wire-to-wire favor with one of their own in set three. The Panthers jumped out to a 5-0 advantage and then fended off the Cornhuskers to extend the match. After Yorktown closed to 17-16, McNerney answered with a kill and a block to give the home team some breathing room at 19-16. After Yorktown committed an unforced error, McNerney sent a Morgan Fodiman set to the floor to give Ardsley a 21-16 advantage on their way to the seven-point win.

Ardsley appeared primed to push the match to a fifth and deciding set when they moved out to a 12-9 lead. However, Yorktown cut into the Panthers’ lead, forging a tie at 17-17. A Jackie Kane kill gave Yorktown the lead at 18-17, and the Cornhuskers would lead the rest of the way.

The Panthers got back on track on April 10 with a three-set sweep of visiting Pelham, taking the match by scores of 25-20, 25-11, and 25-17. Pelham had entered the match unbeaten in nine matches.

HASTINGS made it two wins in a row with a four-set victory at Yonkers Montessori Academy on April 7.

The Yellow Jackets took the first two sets by scores of 25-18 and 25-18 before losing the third at 18-25. The Jackets regrouped, however, and took the fourth set by a 25-7 margin to clinch the match.

“Sophomore Ellie Shin has stepped up our last two games to be our setter and has done an amazing job,” Hastings head coach Emily Kehoe said.

Shin finished the match with 12 assists to go along with four aces and one kill. The Jackets also received five aces, three digs, and a kill from Leigha O’Dell, as well as eight kills from Katie Tubbs. Elana Zadrima chipped in with four digs and five aces for Hastings.

The Jackets closed out the week with a three-set loss at Pleasantville on April 13 by scores of 18-25, 19-25, and 24-26. Nadler had five assists, two kills, and four digs, while Tubbs recorded four kills, an ace, and a block.

DOBBS FERRY received 13 kills, 14 digs, and three aces from Liberty McCormack and posted a 25-19, 27-25, and 25-15 sweep of visiting Hastings on April 8. Kayla Halvorsen added 13 assists, four kills, two aces, and a block for the victorious Eagles.

Hinksmon and Geratz each had seven service aces in the match, while Patino notched a game-high 19 assists.

The following afternoon in Dobbs Ferry, the Eagles dropped a hard-fought five-set match to Croton-Harmon.

Dobbs Ferry took the opening set, 25-14. However, the visiting Tigers rebounded to knot the match at a set apiece with a 25-19 victory. Dobbs Ferry moved within a set of taking the match with a 25-13 third-set win, but Croton-Harmon regrouped and took the final two sets at 25-23 and 25-23 to secure the match.

McCormack led the Eagles with 13 kills, 12 digs, and eight aces, while Geratz chipped in with 14 kills, 10 digs, and three aces. Melissa Nadler paced Hastings with eight assists and an ace.

“Dobbs is a strong team and we didn’t have an answer for their bigger hitters,” Hastings head coach Emily Kehoe said, “but taking a game from them was a big improvement from Thursday [April 8].”