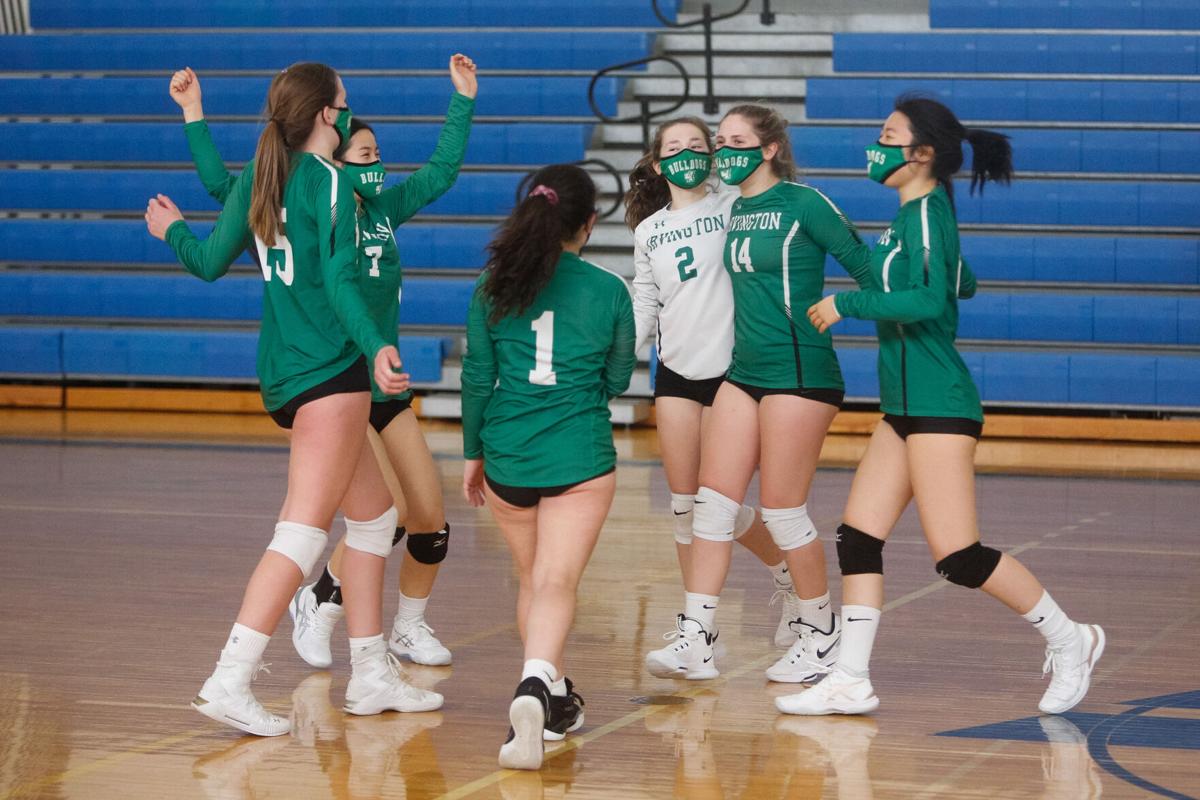 Irvington celebrates a point against Dobbs Ferry on April 6. 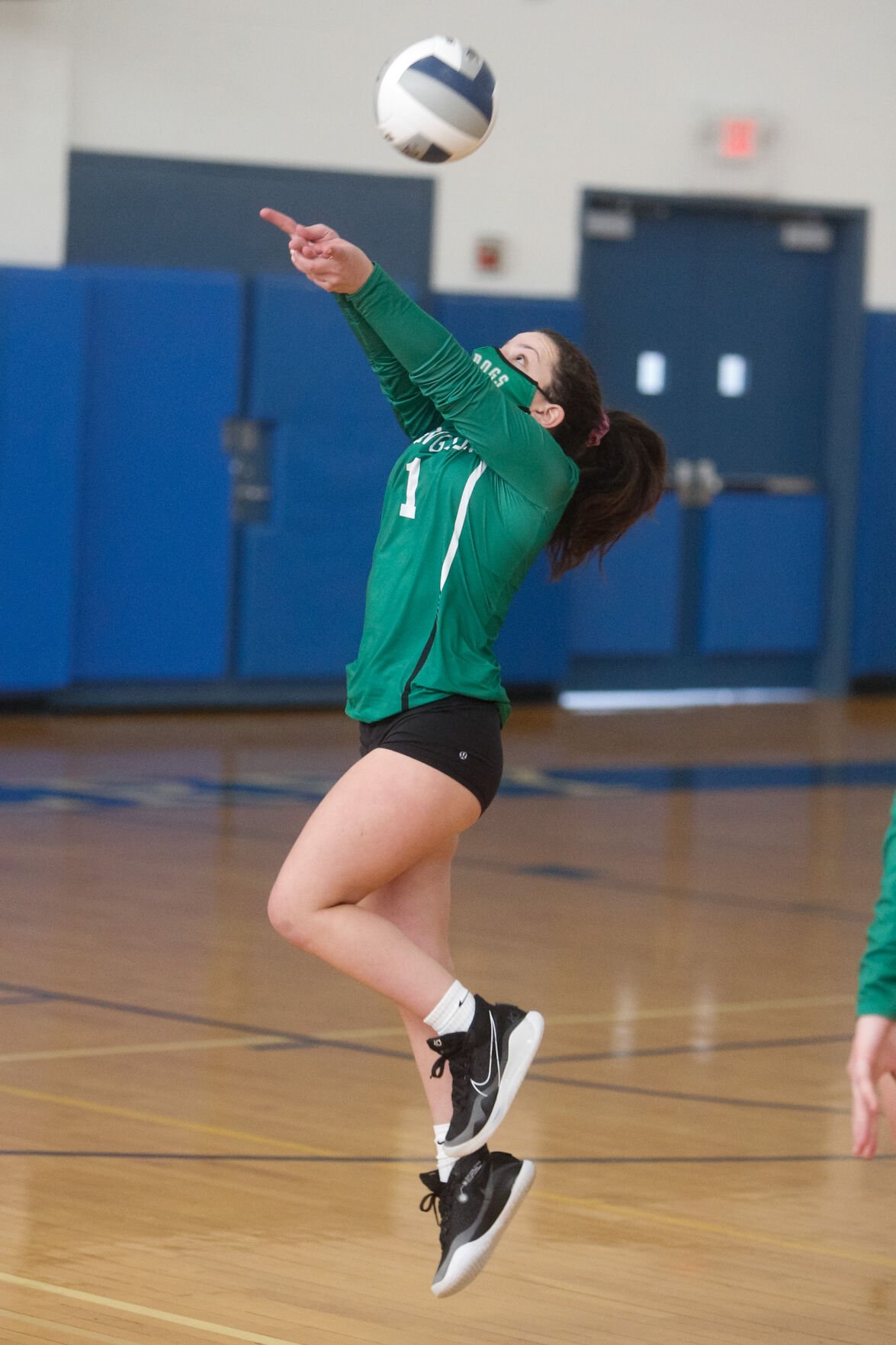 Irvington’s Sydney Birkhahn keeps the ball in play against Dobbs Ferry on April 6.

Irvington celebrates a point against Dobbs Ferry on April 6.

Irvington’s Sydney Birkhahn keeps the ball in play against Dobbs Ferry on April 6.

In their best performance of the season to date, Hastings posted a three-set sweep of host Tuckahoe on March 31. The Yellow Jackets triumphed by scores of 25-19, 25-23, and 25-12. The victory was Hastings’ second in six outings this season.

“We finally showed some grit,” Hastings head coach Emily Kehoe said. “Today was the first day they played with real confidence. After our loss Monday [3-0 at Pleasantville on March 29], we had some honest conversations about effort, energy, and confidence. Hopefully, we can continue with this level of play.”

Eleonora Comashi had 10 aces for the Jackets, while Paige Martin recorded seven kills. Ellie Shin had 17 assists and a pair of aces and Katie Tubbs registered nine kills, a block, and two aces.

The Jackets weathered comeback bids from the host Tigers in the first two sets, then pulled away for a dominant, match-clinching third-set victory.

In the first set, a kill by Miranda Mosca put Hastings up 22-16. Tuckahoe, though, responded with a four-point run that brought the home team to within 23-19. The Jackets quelled the rally with a put-away by Martin off of a set by Shin; then the set ended with a hand infraction on Tuckahoe.

The second set tested the resiliency of the Jackets. Tied at 19-19, Tubbs converted a pass to put the visitors up 20-10. Tubbs followed with a return that was mishandled by the Tuckahoe defense, the point increasing the Jackets’ advantage to 21-19. Tubbs then fired wide on a spike attempt to bring Tuckahoe within 21-20, but a net violation on the Tigers widened the Hastings lead to 22-20. The host Tigers then won three of the next four points to forge a 23-23 deadlock. However, a long serve from Tuckahoe put the Jackets at set point, which they got on a Martin dunk of a return.

A fast start gave the Jackets control of the third set. Up 22-10, an ace by Comashi put the Jackets two points from a sweep. Tuckahoe responded with a pair of points before a bad serve placed Hastings at set and match point. An ace by Tubbs ended the match.

In the opening set, Irvington overcame a 23-20 deficit to post the victory. A tip by Liz DeYonker brought the host Bulldogs within 23-21 before a trio of Dobbs Ferry infractions gave the home team a 24-23 advantage. The Eagles staved off defeat in the set with a dunk by Colleen Sweeting of an Irvington return, the point leveling the scoreboard at 24-24. An Amanda Gilbert put-away gave Irvington a 25-24 lead, but teammate Laila Zukerman netted a tip to even the set at 25-25. A pair of Dobbs Ferry errors then anticlimactically ended the opening set.

Irvington led set two 23-18 after a spike by Gilbert. A hand infraction on the Bulldogs was followed by a tip by Meika Tomita that found an open area in the Dobbs Ferry defense, giving the home team a 24-19 advantage. The Eagles stayed alive with the next two points, but an error by Dobbs Ferry brought an end to the second set.

Dobbs Ferry, needing a win in the third set to extend the match, battled back from a 22-21 deficit. A wide serve by Irvington knotted the set at 22-22; then a kill by Liberty McCormack gave the Eagles a 23-22 advantage. A block by Grace Healy moved the visitors to set point, which they snared when a save by McCormack could not be handled by the Irvington defense.

In the fourth set, an ace by McCormack brought the Eagles to within 22-20. However, an Aeka Tomita put-away was followed by a Gilbert tip that found the floor as the Bulldogs moved to set and match point at 24-20. Meika Tomita netted what would have been match point, but the Eagles were whistled for a net infraction on the next point to give the Bulldogs the victory.