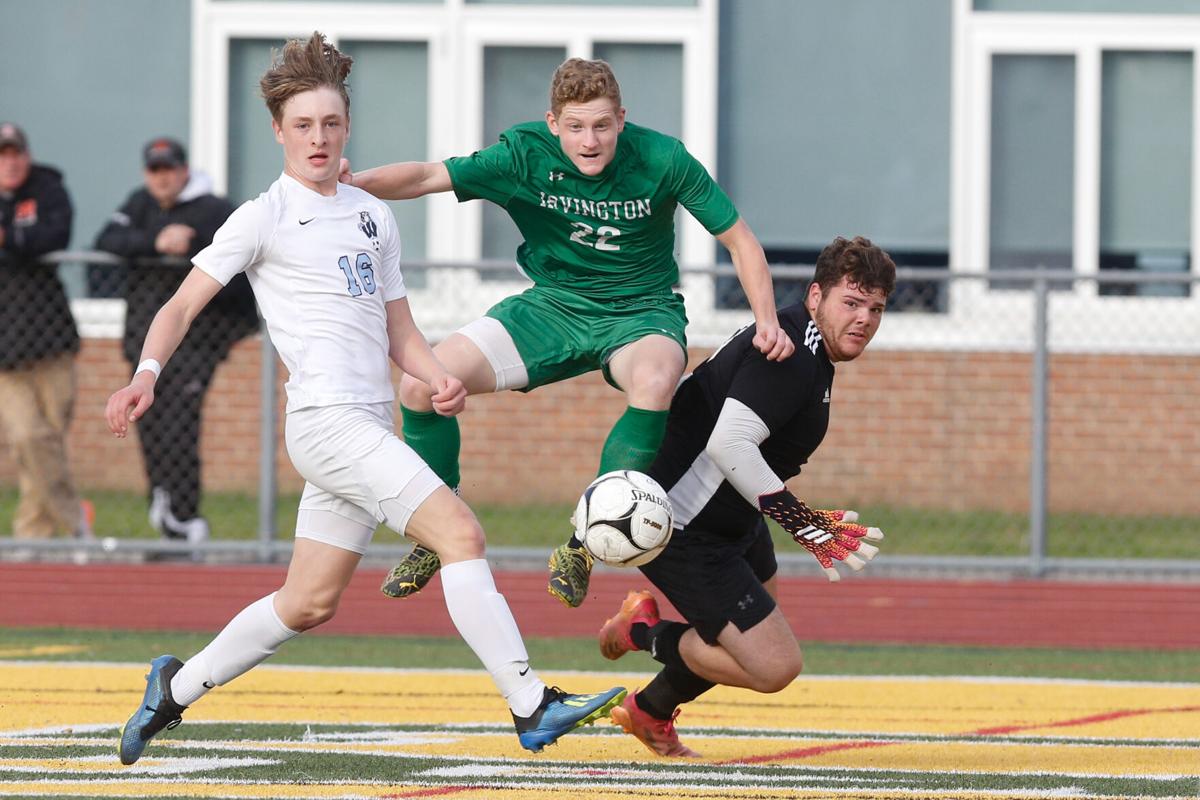 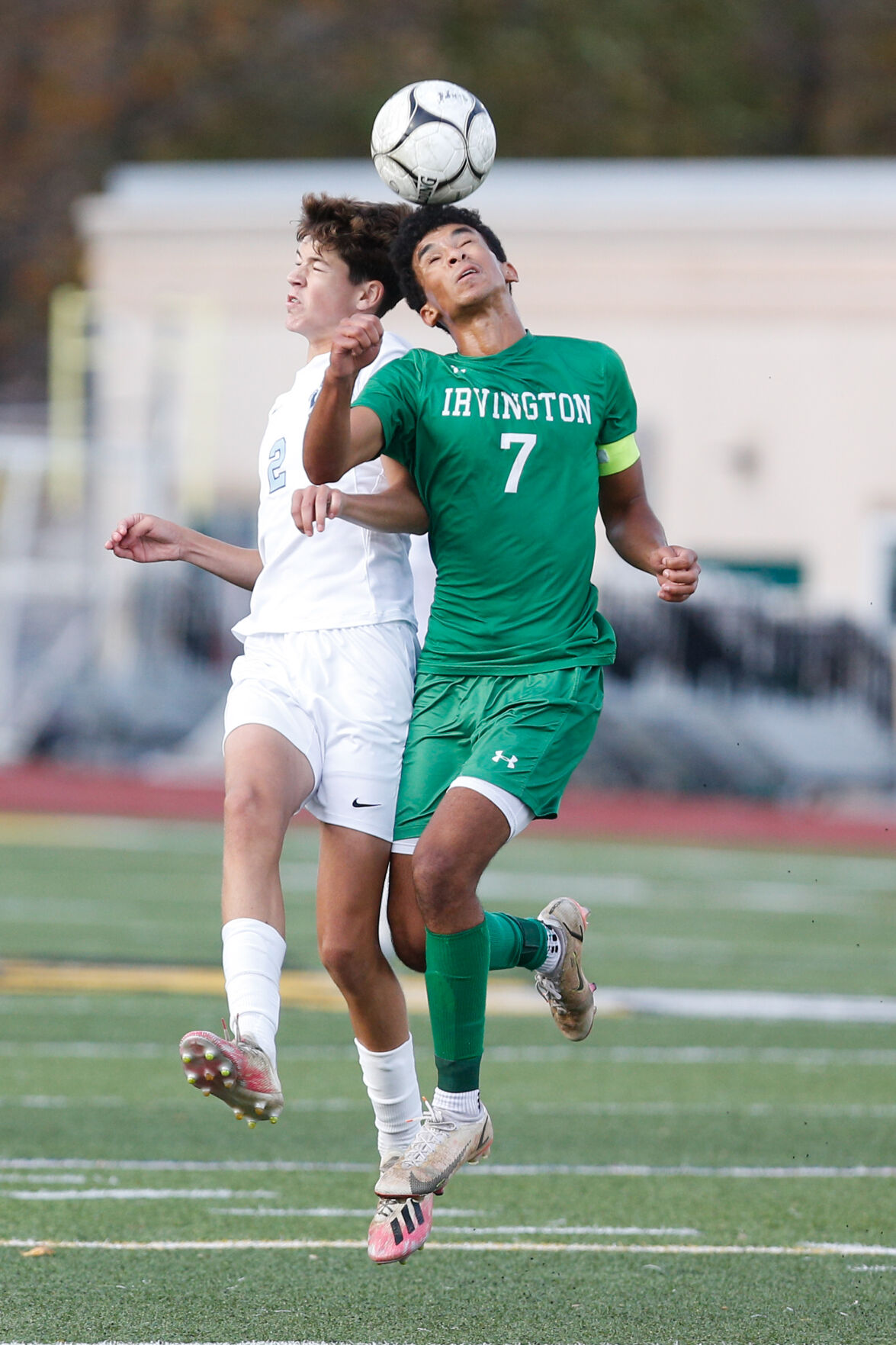 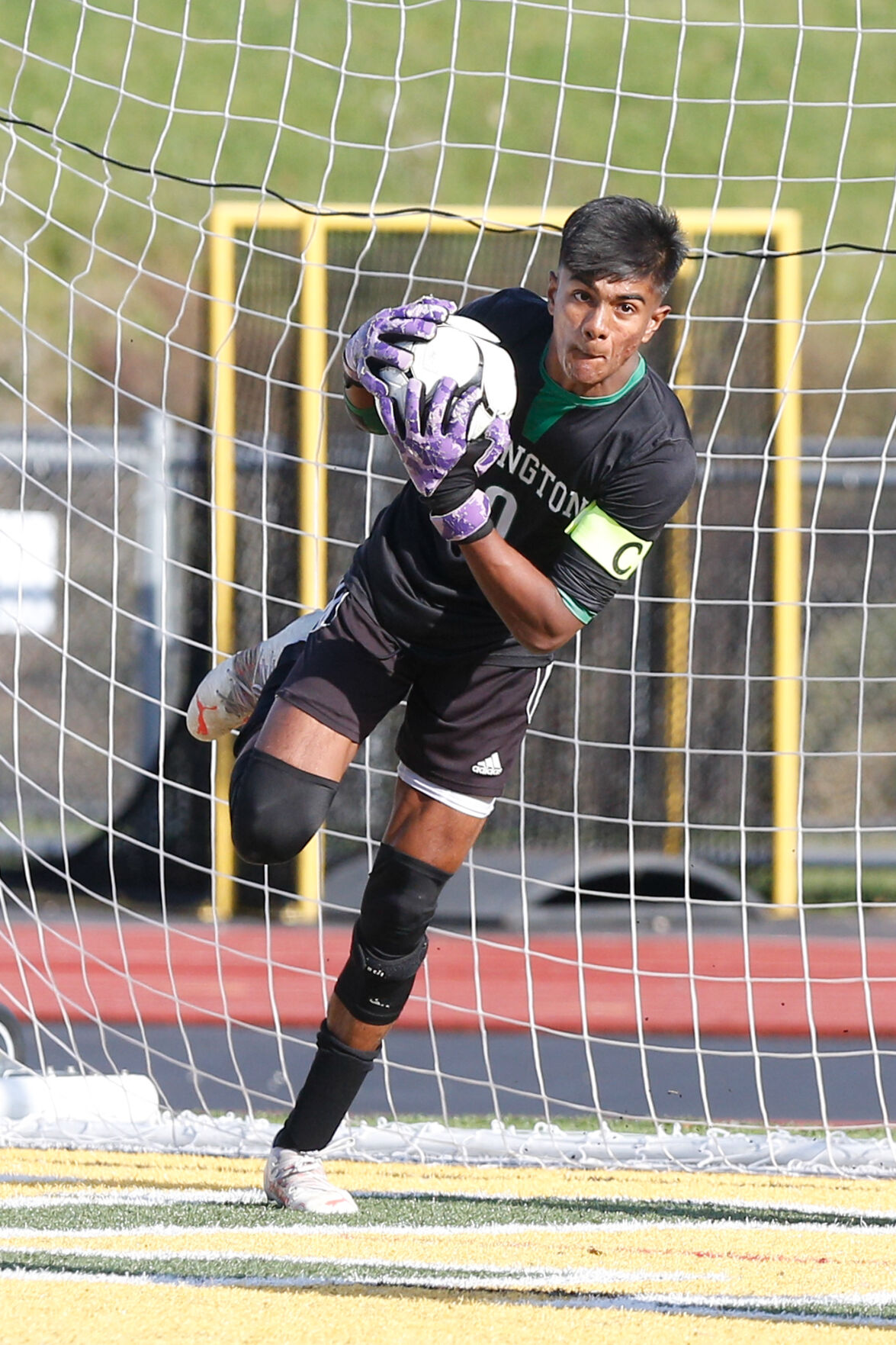 Irvington goalie Liam Sawian leaps for a save.

Irvington goalie Liam Sawian leaps for a save.

The pressure was relentless as Irvington tried desperately to score a goal in the final minutes of the Section 1 Class B boys’ soccer championship game.

Unfortunately for the Bulldogs, that goal never came as Westlake was able to hold on for a 2-1 victory to claim the title on Oct. 30 at Lakeland High School.

Top-seeded Irvington found itself in a 2-0 hole just 10 minutes into the first half, and the second-seeded Wildcats were able to make those two goals stand up to win their first boys’ soccer title in school history.

“It was a hard-fought, well-played game on both sides,” Irvington coach Bernie Keating said after the final whistle. “I felt the second half we really turned it on. We were just working for a goal to go in and it just didn’t happen. We were in the right places, created a lot of great opportunities, and it just didn’t go in.”

With the loss, Irvington finished the season at 16-2 overall, but it was a bitter ending to an impressive season as the Bulldogs were hoping to win the title with a lineup that featured a lot of seniors who played their final game.

How bad they wanted it was clear from the opening whistle as Irvington controlled the action. The strategy for both teams was clear within minutes. Irvington put the pressure on in the Westlake half of the field, while Westlake was willing to play strong defense near the goal and wait for their opportunities. When they came, the Wildcats pounced.

About 4 minutes in, Westlake sprung senior forward Gianluca Ruggiero on a fast break and he was taken down in the box for a penalty kick. Ruggiero converted the kick for a 1-0 lead at the 36:20 mark of the first half.

Irvington responded with more pressure and almost tied it up on a shot by Oscar Bowring that just missed, but then Westlake got their second opportunity and once again Ruggiero made it count as he got another breakaway and scored at the 29:40 mark for a 2-0 lead.

“We knew that No. 21 [Ruggiero] was dangerous, and we talked about it,” Keating said. “But he made two really nice plays and that can be the difference sometimes."

Once again Irvington responded with intensity. Bulldogs senior captain Isaiah Boyles, who was double-teamed the entire game, got a through ball from Brandon Dhanoolal and drilled home a beautiful shot at an angle from outside the box at the 26:10 mark to cut the lead to 2-1.

“He’s a beast,” Keating said of Boyles. “He works so hard and he’s so talented and just never stops. They were all over him all game and he was fighting until the very last whistle. That’s exactly the kind of player you love to coach.”

Westlake responded off the ensuing kickoff as their players raced up the field and got off a long shot, but Irvington goalie Liam Sawian made a great save, knocking it over the crossbar. That led to two corner kick opportunities for the Wildcats, but again Sawian made the save to keep it at a one-goal deficit heading into halftime. The senior goalie finished with five saves.

The second half was more of the same as Irvington continued its relentless pressure while the Wildcats settled back on defense.

The Bulldogs came close several times on a number of scoring opportunities. One chance came when Boyles headed a pass to Arjan Delija, who drilled a shot, but Westlake goalie Francesco Michilli made the save. Off a corner kick Bowring drilled another shot that was deflected, and the Wildcats prevailed when a defender cleared it away from the goalmouth after it had gotten past Michilli.

Delija kept using his speed to create opportunities, with one shot going off the post and another just wide as the Bulldogs kept attacking.

Keating praised his senior midfielders — Bowring, Harrison Krieg, and Rahul Srivastava — for controlling the action and leading the way as the Bulldogs fought to the finish.

“Arjan worked so hard and just kept driving down that left side,” the coach said. “Oscar, Harry ,and Rahul played amazing in the middle. They controlled the ball so well, made so many good dashes, and kept trying to break them down. They were sitting back real deep and we moved it around a lot and it just didn’t happen. That’s the way soccer goes sometimes.”

The Bulldogs fired shot after shot toward the goal and Michilli had to make 12 saves in goal for the Wildcats, but when all that mattered was the final score.

“It’s hard to think of it right now, but yes we had a great season,” Keating said. “This is such a talented team. They played so well together, passed the ball so well. It’s a great team, but we just wish we were continuing on.”

To get to the finals, Irvington had to take care of business in the semifinals on Oct. 27, when the Bulldogs hosted fifth-seeded Briarcliff and pulled out a 3-1 win.

The Bears were the only team that had defeated Irvington during the regular season, so the host Bulldogs had something to prove and came out flying, with Krieg scoring just 2 minutes into the game off an assist from Boyles.

Briarcliff answered back and scored 2 minutes later to tie it up, but the Bulldogs kept working hard and dominating possession and took control. Delija made it 2-1 when he scored off an assist from Krieg, and then in the second half Bowring scored off an assist from Dhanoolal to close out the scoring. Sawian made four saves in goal for the Bulldogs.