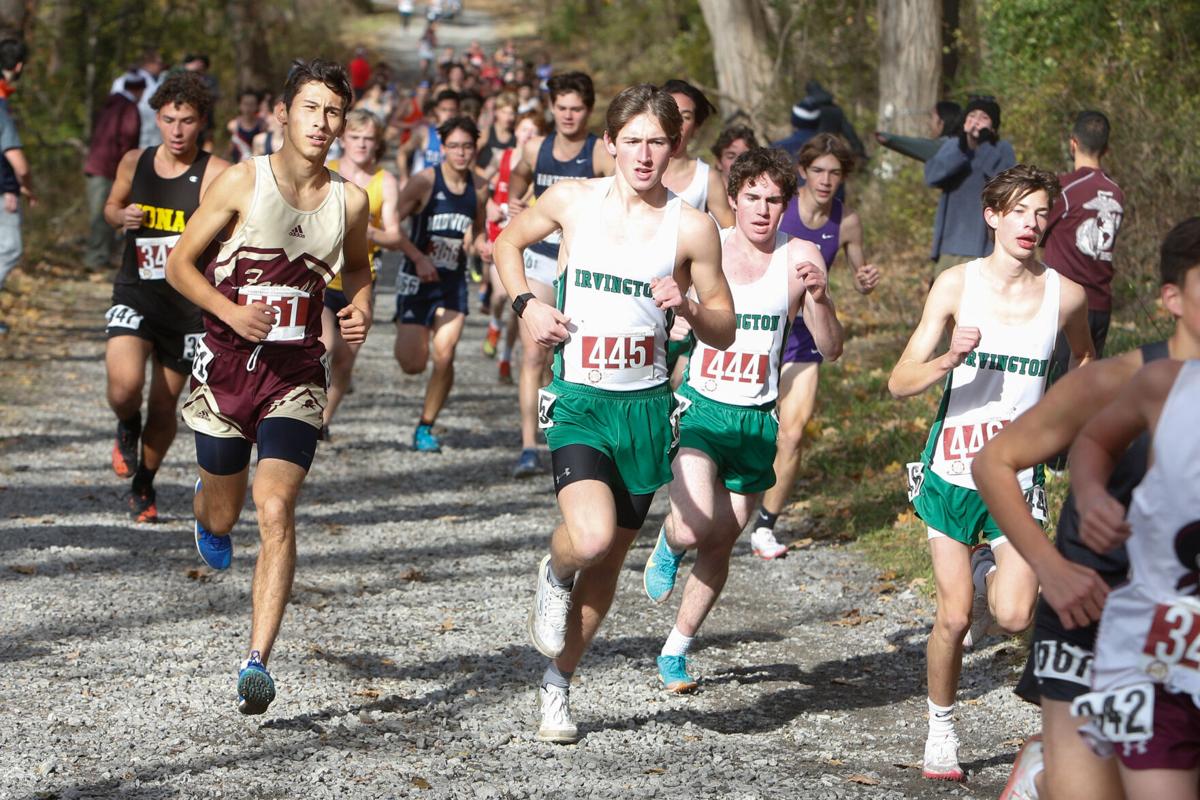 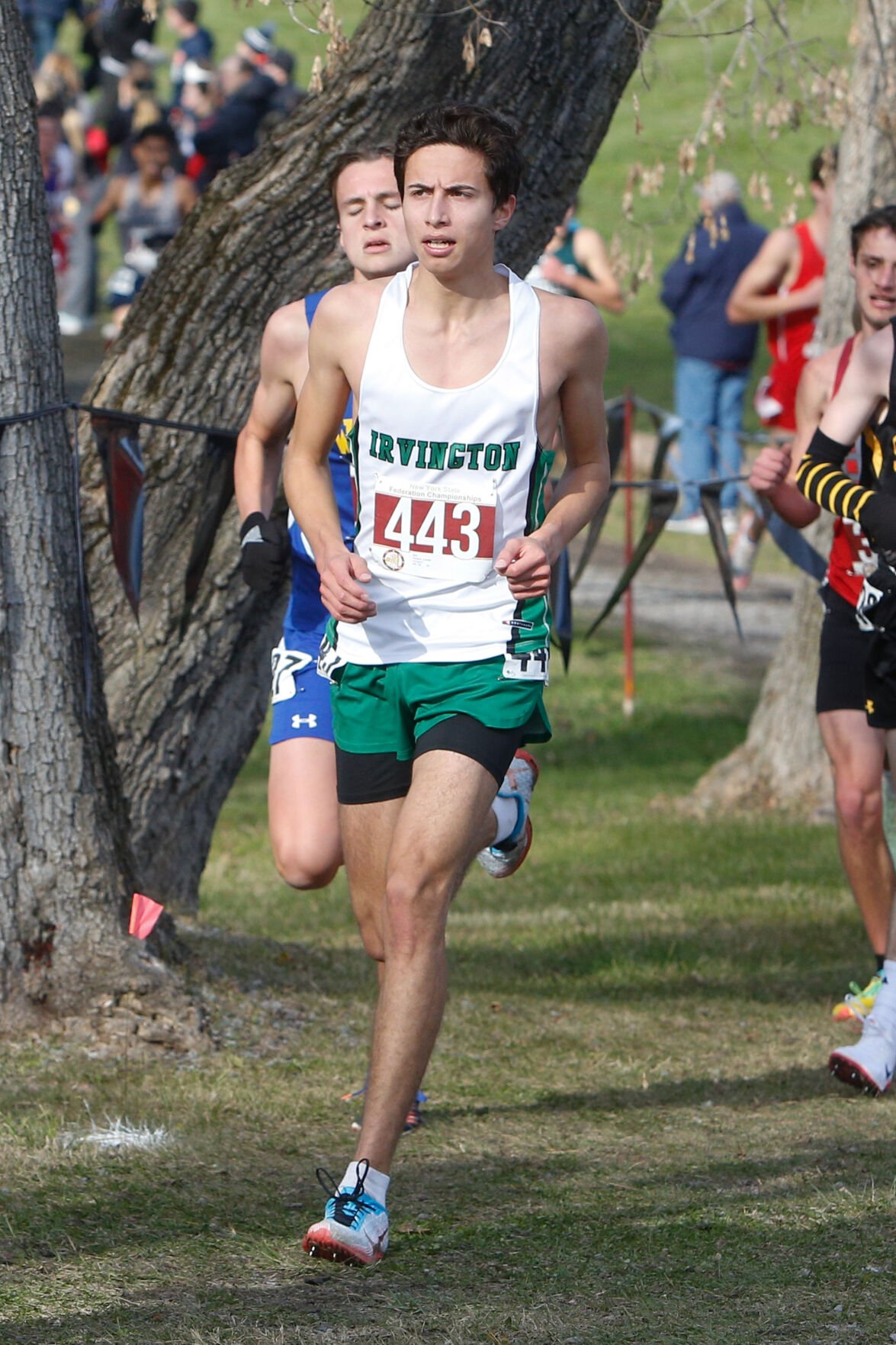 Lucas Turano paced the Bulldogs with a 75th-place finish. 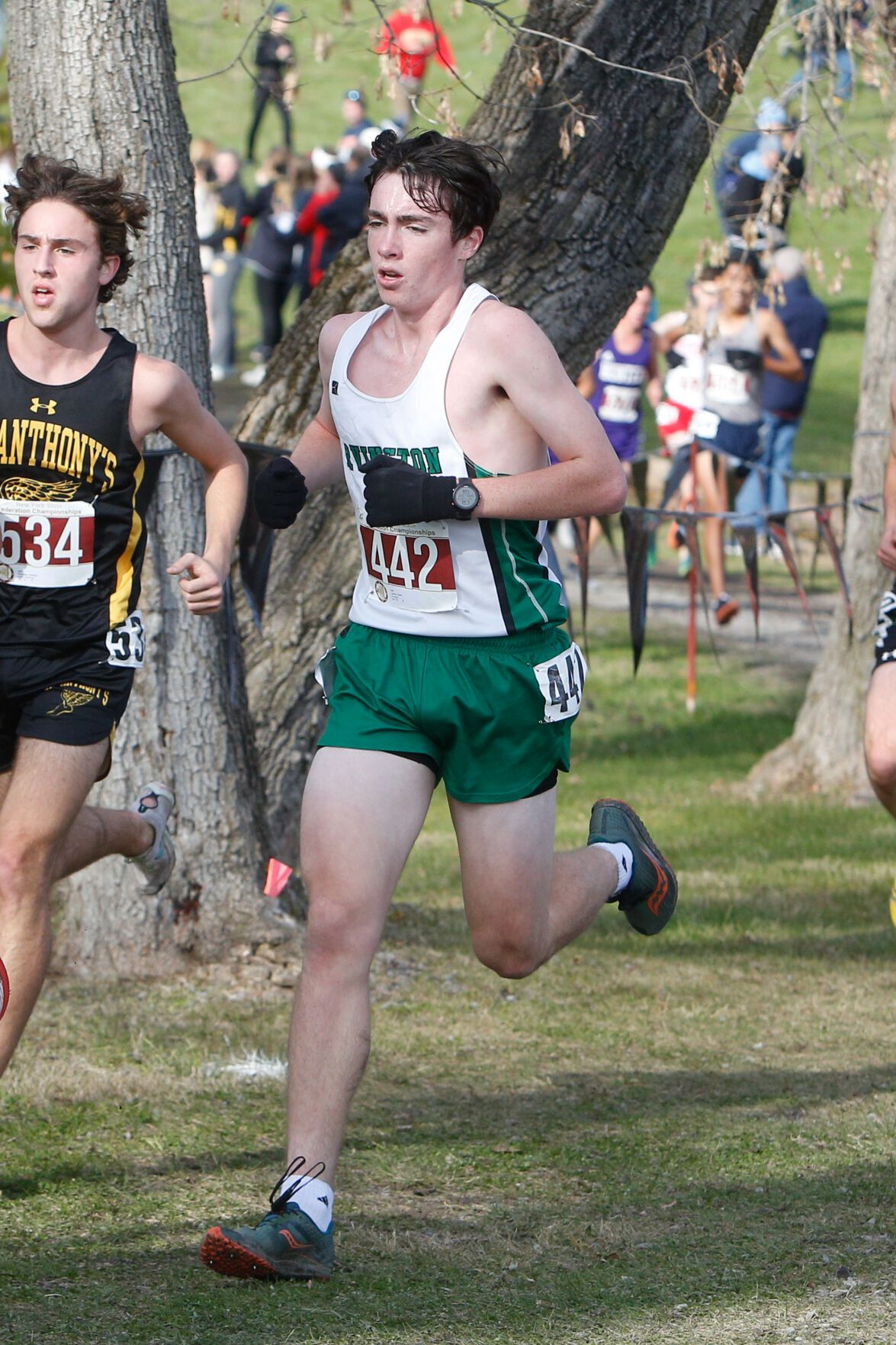 Lucas Turano paced the Bulldogs with a 75th-place finish.

One more race at Bowdoin Park and one more mission accomplished for the Irvington boys’cross-country team.

It’s been that kind of season for Irvington as the Bulldogs have piled up the memories and championship moments.

On Saturday, Nov. 20, they returned to Bowdoin Park for the New York State Federation championship event where the top 250 runners in the state lined up for one race. Irvington finished 20th in the team standings, but the Bulldogs accomplished their goal of beating the other Class C teams in the contest to prove they are the best Class C team in the state overall.

“It went really well,” Irvington coach Chris Barry said. “Our hope was to be the best Class C team, to beat Trinity and Collegiate and we did that. So they won the state championship last week, but now they know they are legit the best team in the state in Class C. They earned it.”

Everyone knew it would be a fast race, with the best 281 runners from the state combined in one race. Unlike the state championships, which were broken up into four classes, this was one race where Irvington competed against the top Class A and B teams along with the fastest individual runners who qualified for the race.

Leading the way for Irvington was senior Lucas Turano, who finished in 75th place, crossing the finish line at 17:26.7.

“It was a deep race, a lot of bottlenecking, a lot of bumping, and I just wanted to get out fast and see how long I could stay up there,” Turano said. “We had a big championship season this year and it felt awesome. It’s been a while since we’ve had a sectional title — we couldn’t run last year. It was definitely great to bring one home and win a state title my senior year. A great way to end my cross-country career here.”

Close behind Turano was fellow senior Liam Lyons, placing 80th with a time of 17:29.8. Lyons has been battling a cold the last two weeks, but he was not going to let that keep him from running one last race at Bowdoin Park with his teammates.

“I felt better than last week, still not 100 percent,” Lyons admitted. “But it was great to be out here, and Lucas has been a beast leading the way and getting better every race. It’s been a great season. To win our first state championship and then get to run here as a team in this race, it felt really great not only for us but for our coaches and our program.”

It helped for Irvington and the other Section 1 teams competing in the race that they are very familiar with the Bowdoin Park course. And the weather conditions were perfect once again: warm temperatures with no wind and no mud.

“It doesn’t get any easier, but you get to know it a lot better the more you run it,” Lyons said of the Bowdoin course. “Our mentality is that we’re better at it than anyone else, kind of our home course. We run here a lot and the weather was perfect.”

For Barry, the team finish was even more impressive for the Bulldogs as one of their top runners, junior Bryce Pierce, was unable to finish due to a rib injury.

“They showed that they are legitimate as a team,” Barry said. “We lost Brice today. They showed as a team to have your third or fourth man go down and still do that well, that just shows how good the pack is. Indy ran a great race and Ryan too. With Brice going down, Taoig knew he had to step up and he ran very well. They ran tight and that’s why they’re 20th. That made the difference.”

Barry, however, credits the senior leadership that set the tone.

“They are awesome leaders,” Barry said of Turano and Lyons. “Liam kept battling through a cold and Lucas was right there picking up the slack. They’ve been pushing each other all year. They’re great leaders — helpful, respectful, quiet leaders. They just do things the right way every day and everybody looks up to them. This group deserves everything they won because they worked really hard for it.”

All that hard work has paid off for an incredible season, one of the best ever in the history of the program.

“It’s a dream come true,” Barry said. “I’ve been coaching for 29 years and I’ve had some very good teams. To land at Irvington was one of the best things that ever happened in my life. I was lucky to get into a program that Pete Oley had already established as a great program and I just try to keep it rolling. To have former coaches, runners, and parents calling all week long to congratulate me is as good as I could hope for, but I’m just the coach. Bottom line is getting out there everyday and putting in the mileage and they did. They bought in completely and every week they just got better and better. They’re the ones that do the work. They’re the ones that run the race and I’m very proud of them.”