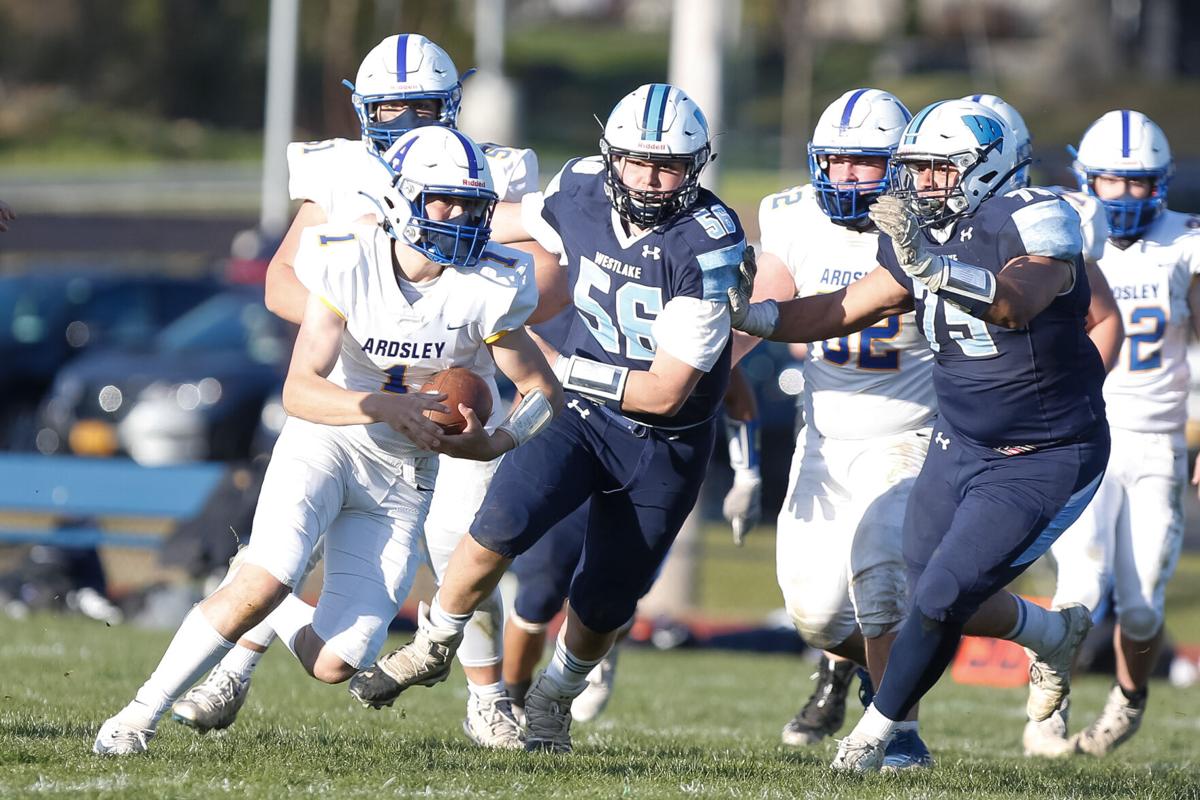 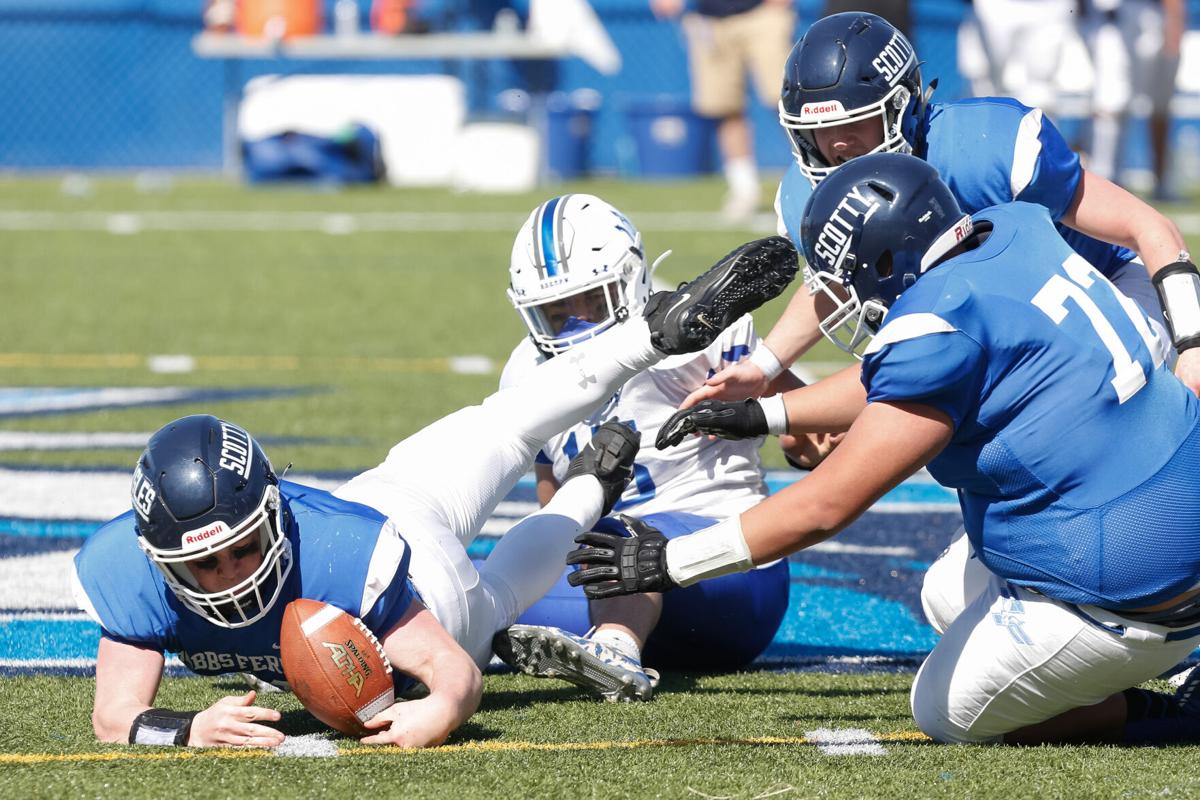 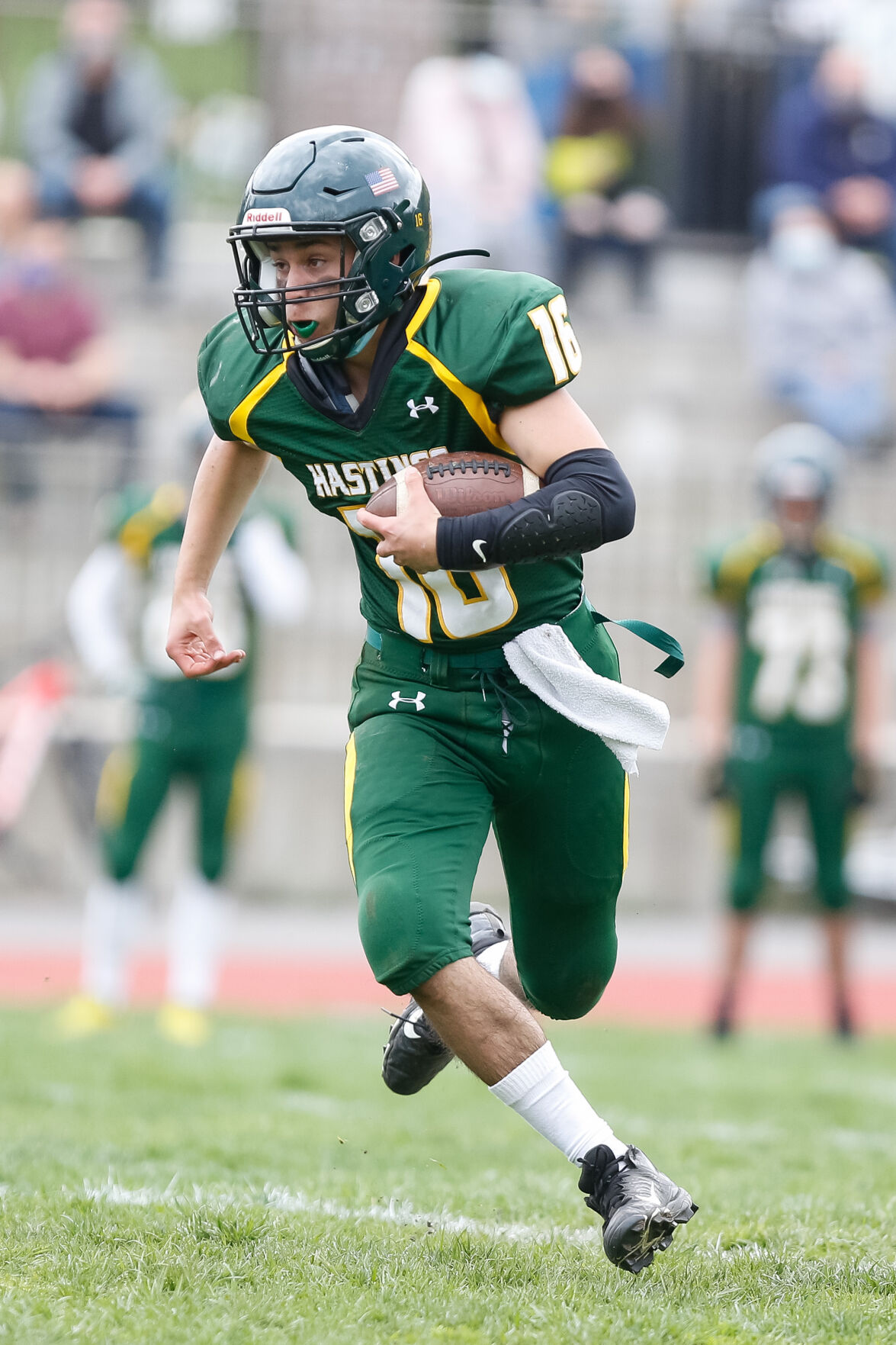 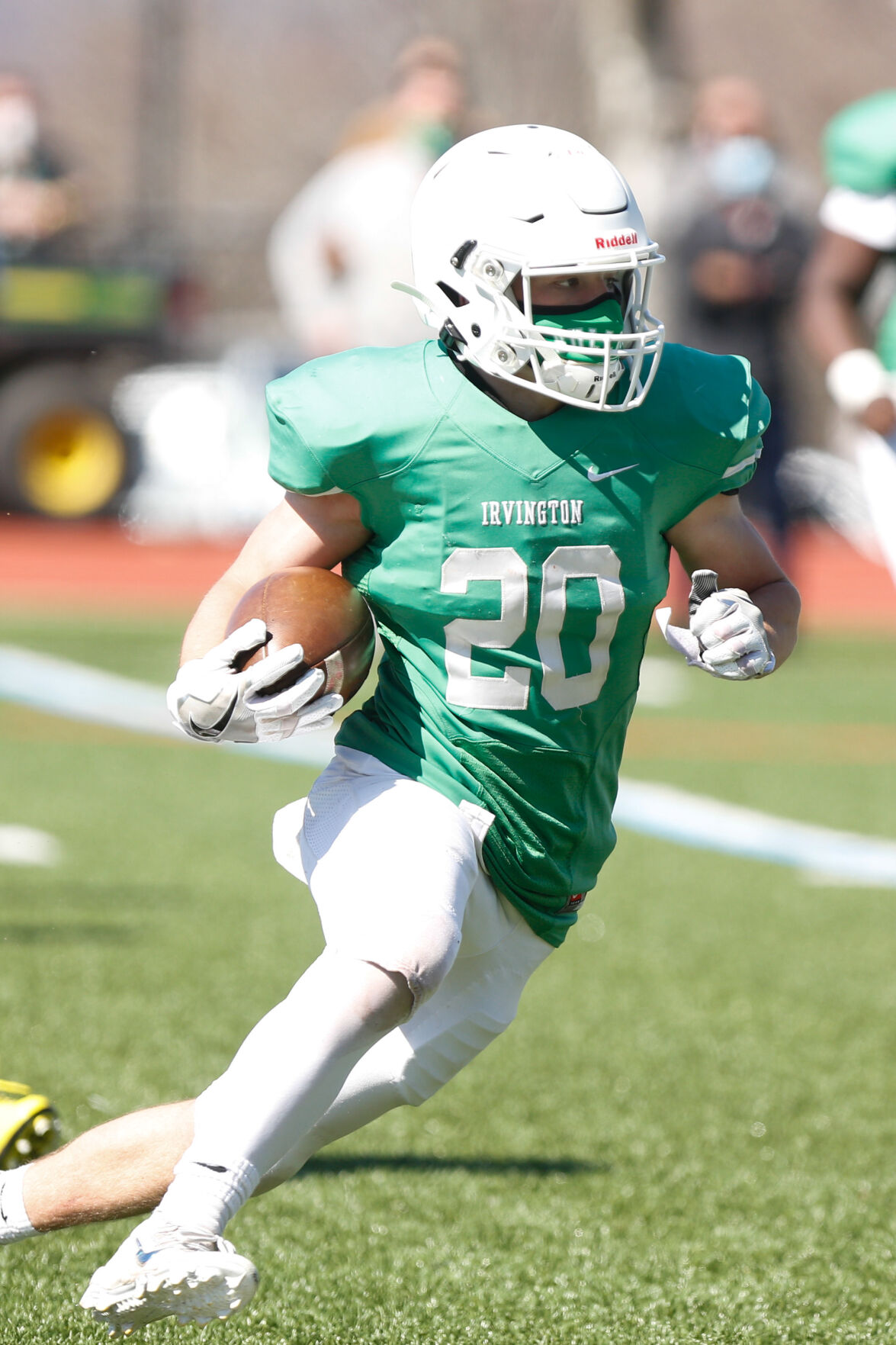 After being pushed to the spring due to Covid-19, the 2020-21 Section 1 football season ended four months ago. Football, which usually takes place with practice starting in late August and the state championships culminating at the end of November, had a shortened season with no sectionals or states. Some teams were granted one bowl game to culminate the season.

Now, the schedule is back to normal. Sectionals and states are returning and teams in Section 1 are ready for a quick turnaround, with games slated to start this week.

Ardsley won its first section title in program history in 2018 and followed that up with a second straight crown the following year. Last season, the Panthers finished 3-2 in a pandemic-shortened campaign.

This season, the Panthers are looking to return to the top in Class B. Head coach Dan DiFalco believes Class B is “wide open,” with no one dominant team like in years past.

“Our goal is to win,” said DiFalco, who returns for his sixth season as head coach and 14th overall with the program. “I think that we have the ability to win and compete against every team that we’re going to play this season. For us, it’s just really seeing where we are as a team, since we obviously lost some guys last year, and just trying to put it back together kind of like everyone else is. I have high expectations for us.”

“I think he’s one of the most talented quarterbacks that we’ve had,” DiFalco said. “He made unbelievable improvement throughout the season last year. We ended up losing to Byram [Hills] in our last game of the season and he probably ended up having one of his best games. He threw for almost 300 yards. This year, he’s just more confident, bigger and stronger. He’s a great athlete and has a great arm. We’re expecting him to be a real leader this year.”

Sophomore Cole Fiore, a varsity newcomer, will see carries at halfback and is “very talented,” according to DiFalco.

DiFalco thinks physicality will be a strength for the Panthers, with a strong offensive and defensive line along with aggressive linebackers.

“We come with a very physical demeanor,” DiFalco said. “I think we’re also going to be able to mix it up running and throwing the ball. We’re physical and we’re smart. If we can put those two together, I think we’ll do well.”

The quick turnaround after playing in the spring has been a positive for Ardsley.

“We just picked up where we left off, honestly,” DiFalco said. “Everyone kind of knew everything already. We didn’t have to reteach stuff. So, for the most part, we came in this preseason in August kind of just hitting the ground running.”

Ardsley opens the season on the road against Byram Hills on Sept. 11 at 3 p.m. The Panthers defeated the Bobcats in the Class B championship game in 2019, but fell to the undefeated Bobcats last season.

“We’re kind of in an interesting spot because it’s a new coaching staff [at Byram Hills],” DiFalco said. “So you only get to see a little bit of what they’re doing and they’re doing a lot of new stuff. We’re going to have to kind of adjust on the fly, which I think we’re going to be fine doing. But our kids are really excited. It was our last game in the spring and it kind of left a bad taste in our mouth. We’re going to hopefully get the job done and take care of business Saturday.”

Dobbs Ferry’s football team has a storied history of success, and the Eagles are looking to get back on top of Class C under Joe Cox, who enters his third season as the team’s head coach.

Dobbs is led by three captains in seniors Jose Regalado (offensive/defensive tackle) and Jhonatan Almaras (split end/defensive back), along with junior Brian Dann, who lines up at fullback and linebacker.

Dann, a 5-foot-11, 200-plus pounder, shifted from the line to fullback last season, and is a bruising back capable of piling up yardage and touchdowns.

“We will hope to lean on the experience of our returning players and a large senior class,” Cox said.

Dobbs finished 3-2 last season in the shortened campaign, with wins over Haldane, Blind Brook, and Tuckahoe. The Eagles had a lopsided loss to Bronxville and a tight setback at Valhalla (26-20).

“I thought the quick turnaround is pretty exciting,” Cox said of returning to the field just months after the spring season ended. “It was basically half an offseason, so we really didn't take much of a break and jumped right back into the weight room and the practice field.”

With Bronxville, who went undefeated last year, moving up to Class B, the Class C title appears to be up for grabs. Dobbs’ last section title came in 2018, when the Eagles defeated Woodlands in the Class C final. They fell to Valhalla in the championship game the following season.

“We want to continue to get better throughout the season through their commitment to the team and hard work,” Cox said of the team’s goals. “And to be at Arlington [High School] in early November playing for a section title.”

The Eagles open the season when they host Blind Brook on Sept. 11 at 3 p.m. at Gould Park.

Hastings is coming off a 4-2 season in the Independent League and will return to Class C this season.

“Our goals for this season are to build on the success from last season and make it to the Class C championships, where we hope to make a run [at a title],” said coach Sammy O’Hare, who enters his second season as head coach of the Yellow Jackets.

O’Hare noted that grit and determination are two strengths for the Yellow Jackets.

“As a program, we have overcome a lot, and trying to change the mindset and the culture around Hastings football has been paramount to our success,” O’Hare said.

“We wanted to give the kids’ bodies time to recover but it also did not provide us with the necessary time to encourage other students to come out for the team,” O’Hare said. “That being said, the guys we have are hardworking and dedicated to being successful and that in itself is a win.”

The Yellow Jackets open the season on the road at Albertus Magnus on Sept. 11 at 2:30 p.m.

“I think Magnus is going to be a tough game,” O’Hare said. “Last year both of us were physical and it was a war, displayed by the score at the half which was 0-0. We are really excited to open our season against coach [Brett] Cotter and his team. Practice is a decent gauge of where your team is after camp, but the game will truly display what we excel at and what we need to work on going forward.”

First-year Irvington coach Jeff Michael brings a wealth of experience to the Bulldogs’ program. He has been roaming the sidelines for 25 years as a head coach and assistant, and was hired in June after working as an assistant at Albertus Magnus for one season.

“I went from coaching at Albertus Magnus against Irvington in the spring to becoming their head coach two months later,” Michael said.

Michael is excited to start a new era of Irvington football.

“We’re still learning from each other, but everyone has been incredibly supportive and eager to turn the program around,” said Michael, who added that the support has come from the parents, athletic director [John Buonamano], student-athletes, and other varsity coaches.

He said the Bulldogs’ goals are to “establish a strong work ethic, be competitive in every game, establish a culture of success in all realms of a student-athlete’s life, and win more than lose.”

The Bulldogs, who are in the Independent League, have co-captains in seniors Tommy Flanagan (wide receiver/linebacker) and Ethan Pakola (running back/linebacker).

The Bulldogs also return quarterback Morgan Balkin, who also is the team’s place kicker and punter.

Michael cited the team’s strengths as speed and durability. The new coach said they also have accountability on the field, in the classroom, and around town.

Irvington opens the season when it hosts Peekskill on Sept. 11 at 3 p.m.

“We have tremendous respect for coach Malcolm Wright and the Peekskill team,” Michael said. “We expect them to be well coached, athletic, and ready to start their season with a win. We are looking to establish ourselves as a disciplined team who will play four quarters of gritty football and be relentless regardless of the score.”