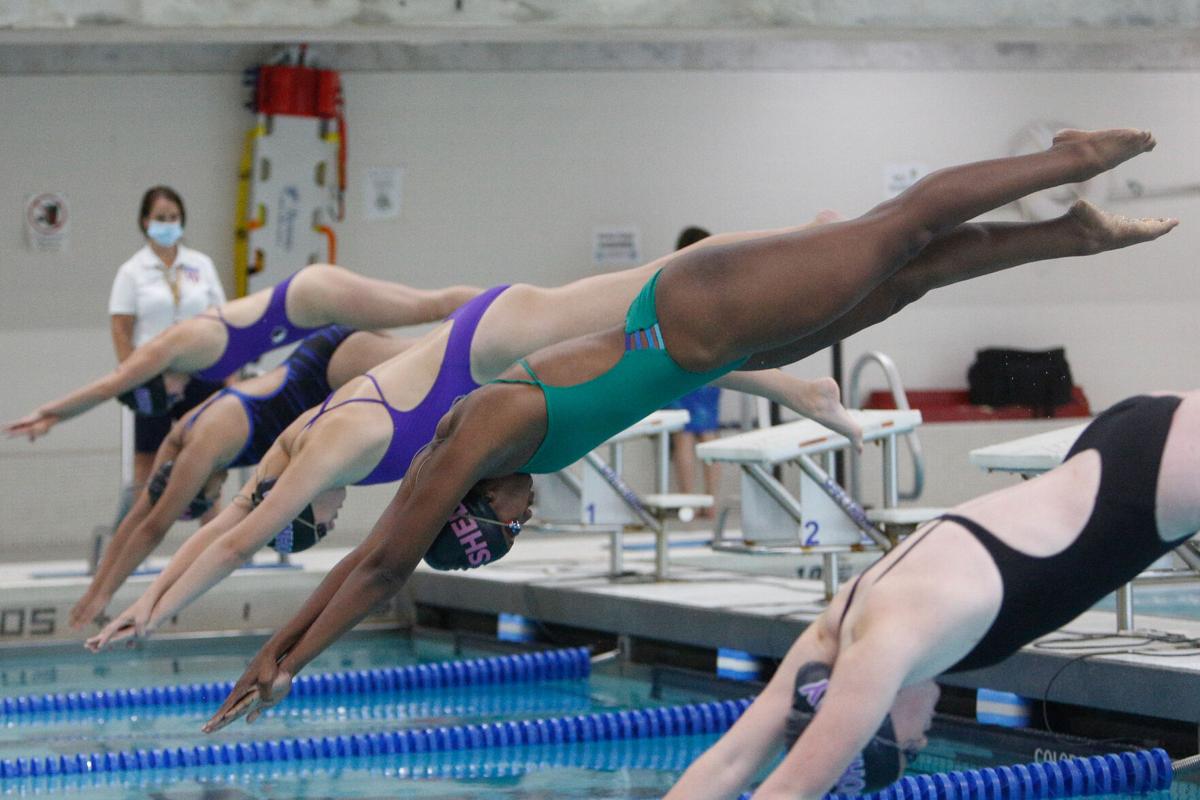 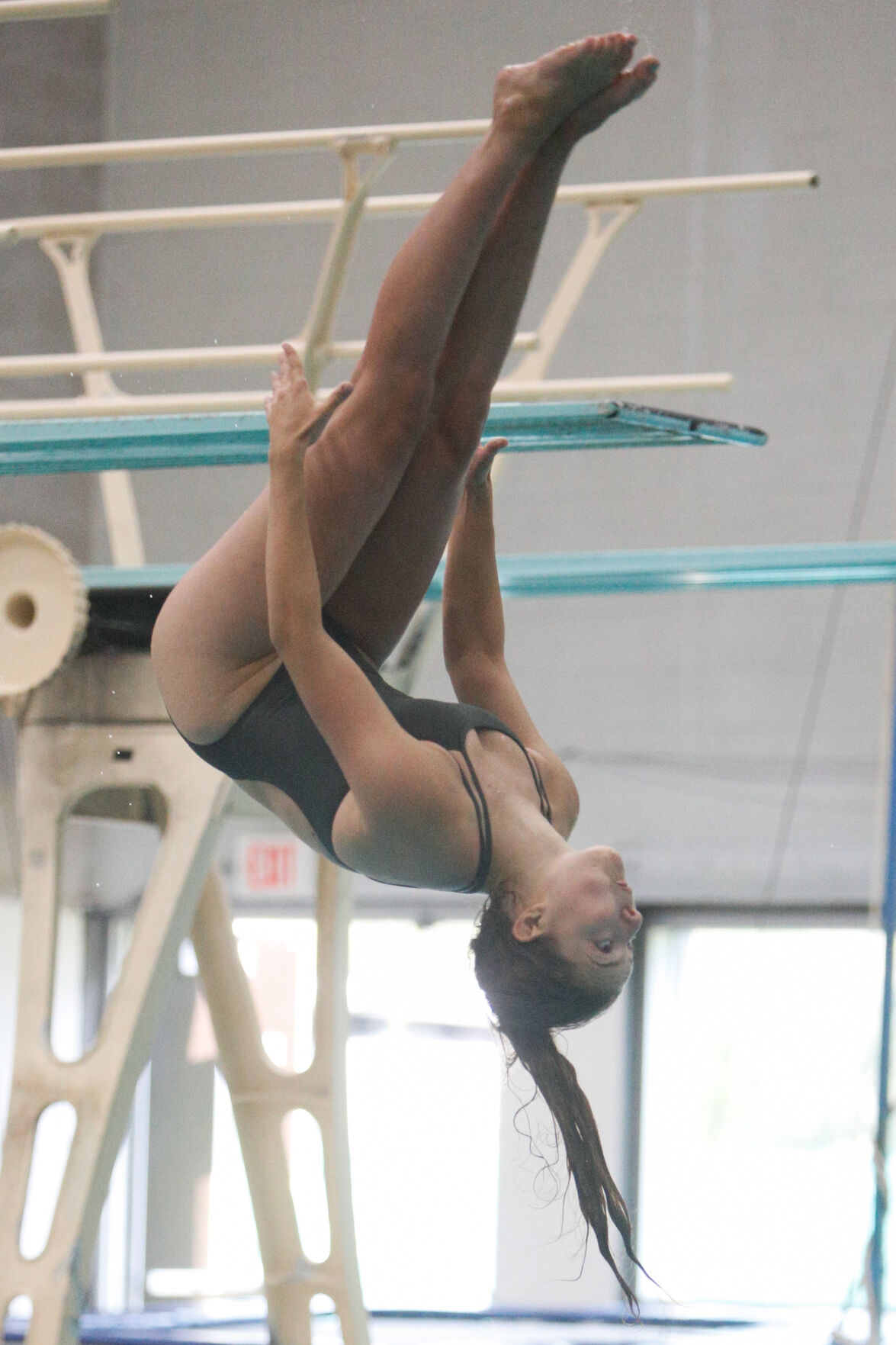 Emelyn Juenger of Irvington dives into the pool for SHEDI.

Emelyn Juenger of Irvington dives into the pool for SHEDI.

The combined swim program of SHEDI (Sleepy Hollow, Hastings, Edgemont, and Irvington) has put up some impressive seasons in recent years, winning a Section 1 team title and always competing with the best, but graduation has taken its toll as the team is off to an 0-3 start in dual meets this year.

SHEDI traveled to Purchase College on Sept. 27, to take on host John Jay-Cross River, and the Wolves’ depth was too much to overcome as John Jay prevailed with a 94-81 victory.

Despite the loss, SHEDI coach Tobey Saracino points out it was a good meet for the girls and they are headed in the right direction, trying to improve and build for a big finish.

“It’s a very different season from what we’ve had in the recent past, but we still have the same goals,” Saracino said. “It’s making sure that we are consistently improving, and that’s what we are seeing from the girls. They started up here and their times are dropping and getting closer and closer to hitting the goals they set at the beginning of the season, and really that’s all we can ask for.”

Against John Jay, SHEDI had individual performers shine throughout the meet, but it was hard to keep up with the depth of the John Jay roster. The host Wolves pulled away on the scoreboard as they compiled points in the relays and with several place finishers in different races.

Saracino admits that the depth is something hard for her roster to compete against, but being spread thin has a potential benefit.

“This meet was very competitive and the girls did a great job today,” she said. "We tried to keep it as close as we possibly could. We don’t have the depth, but that gives other people the opportunity to step up and start swimming some events that they normally wouldn’t. It gives the younger swimmers a chance to get out there and see what they can do and that’s exciting.”

In diving, Emelyn Juenger was second with a score of 201.75.

In its previous meet, SHEDI hosted Ursuline on Sept. 23. Despite some impressive individual times, SHEDI suffered a 95-73 setback to Ursuline.

Second-place finishes were turned in by Abigail Bartolacci in the 100 butterfly, Millet in the 200 free, Peng in the 200 IM, and Sims in the 50 free.

Saracino says the big three of Peng, Millet, and Sims have been the standouts for SHEDI. Despite losing a few swimmers to injuries, there are 10 seniors on the roster to provide leadership as the team heads toward the postseason.

“Natalie Peng has been consistent all year and she came into the season much faster,” Saracino said. “Florence Millet is in the same boat and both of them look sensational. By the time we get to sectionals we should be looking at state cuts for them. Caitlin Sims has been stepping up and her sprint times have been very fast. Anna Mello is really stepping up for us. Each meet we try to mix it up and different girls are stepping in and putting up some points.”

With a small team, Saracino is not as concerned with the dual-meet record. Her goals are to see the girls enjoy the season and continue to improve.

“We’re having a lot of fun. The girls are happy and that’s all we can ask for,” she said. “If we win, we win, but the goal is to keep getting better.”

The combined squad of Ardsley/Dobbs Ferry is 2-2 on the season and earned a 90-67 win over Peekskill on Sept. 28.