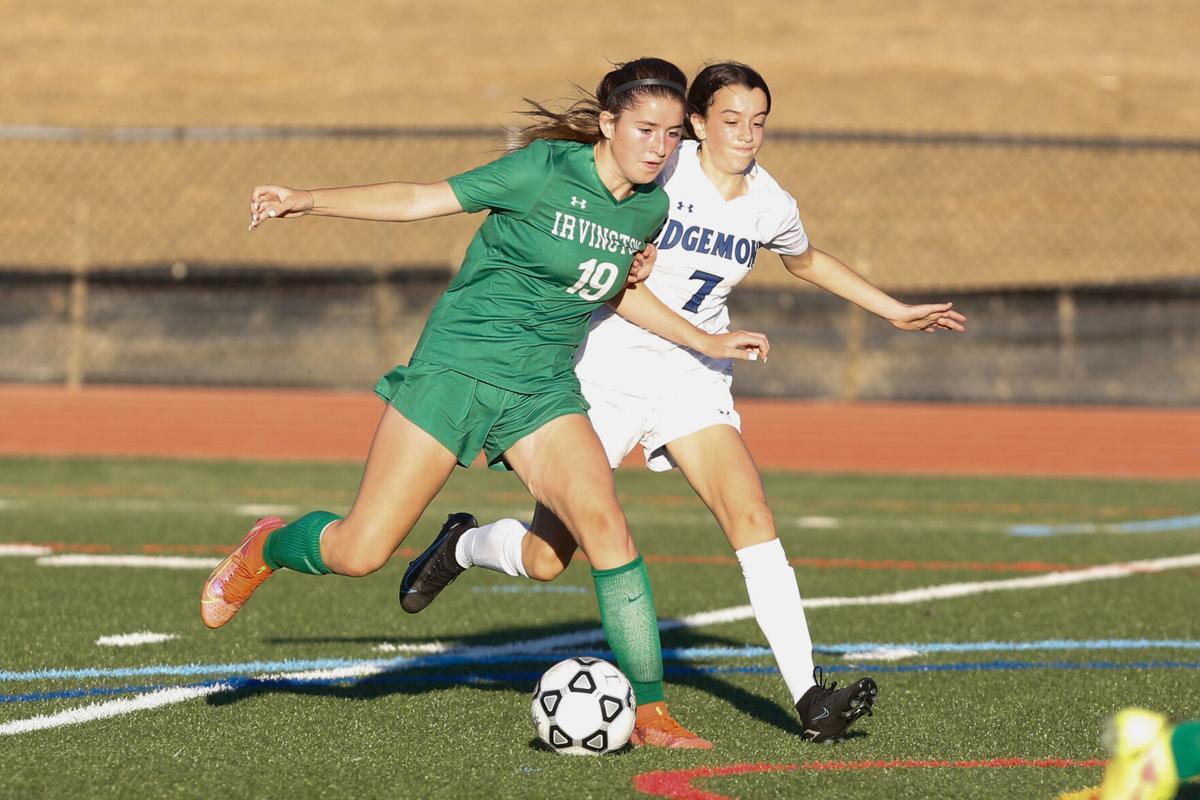 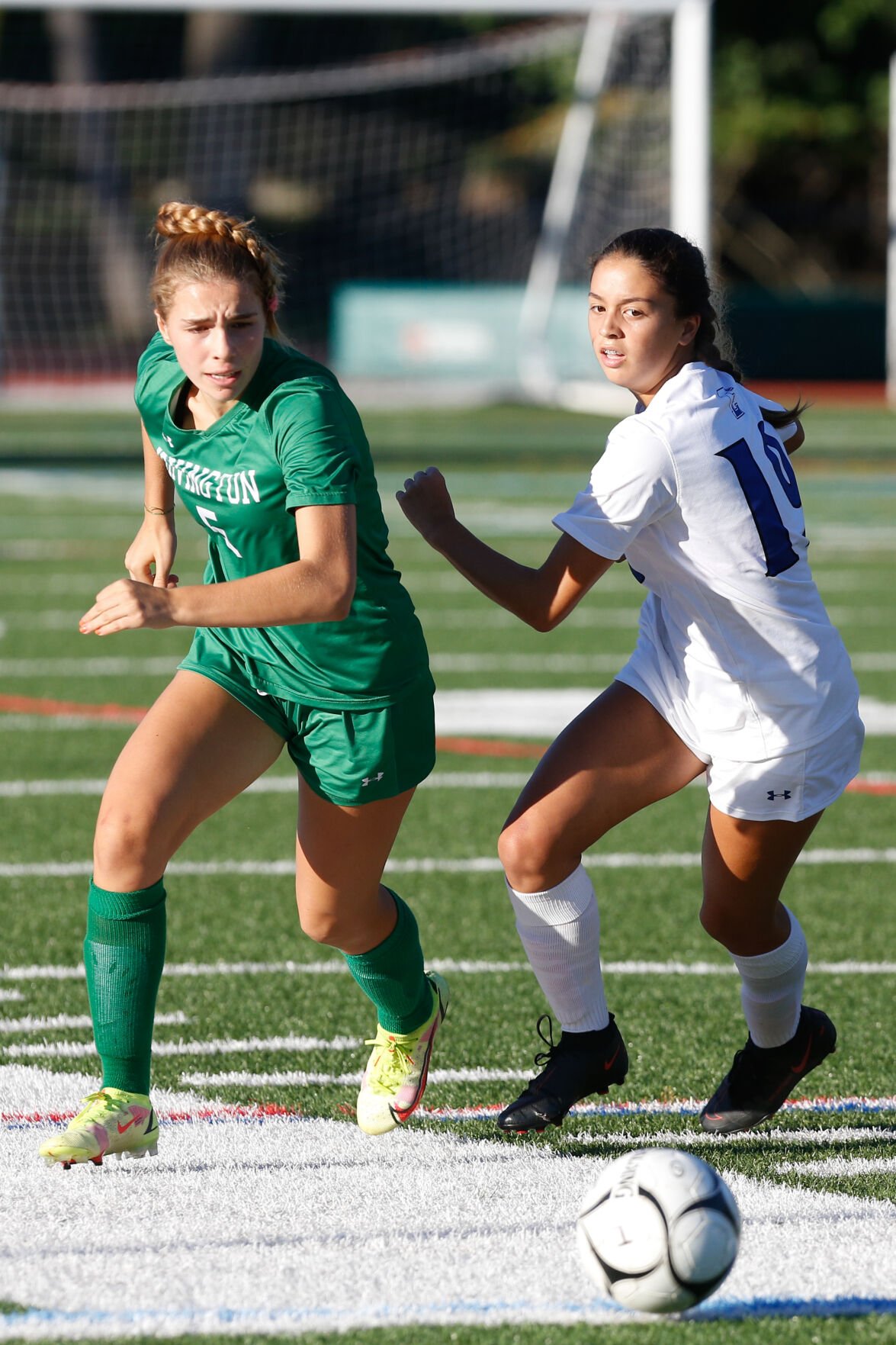 The Irvington girls’ varsity soccer team rolled on with three shutout victories as the Bulldogs improved to 7-1 overall on the season.

Irvington went on the road to Yonkers Montessori Academy and came home with a 2-0 victory on Tuesday, Sept. 28. That was the same score in their previous game, when the Bulldogs hosted Edgemont and scored a 2-0 win on Friday, Sept. 24. It was the third shutout win in a row for the Bulldogs as they continue to improve, according to coach Patrick DiBenedetto.

“I am really proud of the way the team has come along since our first game,” DiBenedetto said. “We have a fairly young roster, with only two seniors, and many of them have been playing together for a number of years. They are getting more in sync with each game and defining what a soccer team should play like — each member contributing their part.”

Against Yonkers Montessori, Kiera Nyarady scored on a header off a corner kick by Claire Friedlander for a 1-0 lead, and then Sofia Rosenblatt scored off an assist from Niki DeNardo to make it 2-0. Sara Gavagan was credited with four saves in goal for the shutout.

It was a similar result against Edgemont as Irvington controlled the action throughout the game. Rosenblatt scored the first goal on a long shot for a 1-0 lead at the half, and Addie Dring scored off a corner kick by Friedlander to make the final score 2-0.

“Our victory over Edgemont had us with good possession from the start,” DiBenedetto said. “We struggled a bit to find our rhythm in the final third. We addressed it at halftime when we were up by just a goal. The second half was more energetic and we were persistent on getting in for scoring opportunities. The second goal from Addie Dring was the relief we needed.”

Gavagan needed to make just two saves in goal for the shutout as the defense in front of her didn’t allow many chances for Edgemont.

“On the defensive end of our field Sara Gavagan has been a rock,” DiBenedetto said. “Four-year varsity player, this is her second year as a captain and her communication on and off the field has been superb. The defense deserves a lot of credit as they have left Sara having to make little saves these past few games due to their calm and collected disposition. Our defenders include Amanda Berry, Jules Edelman, Keira Nyarady, Amanda Raimondo, and Sadie van der Spuy.”

Irvington cruised to a 5-0 victory over Croton-Harmon on Sept. 22 with a complete team effort.

Five different players scored for Irvington as DeNardo led the way with a goal and two assists. Kaitlyn Krieger, Alison Raimondo, Rosenblatt, and Allie Cloutman each scored a goal.

“Allie Cloutman, Friedlander, and Rosenblatt have kept the spine of team stable with each of them working off one another in the midfield to distribute the ball or put shots on goal,” DiBenedetto said. “Up top, Krieger, Addie Dring, and Niki DeNardo all have had their goal contributions as well as assists this season so far. There’s an overall presence of teamwork from the entire squad. We need to just keep taking it one game at a time.”

Miya Frank led the way for Hastings as she scored a pair of goals. Tess Humphreys and Reina Stephens also scored a goal for the Yellow Jackets, while Charlotte Mainiero added two assists. Sharyn Belsky was credited with six saves.

Hastings also tallied a pair of victories over Yonkers Montessori as the Yellow Jackets scored a 2-1 win on Sept. 24 after defeating them by a score of 4-2 two days prior.

In the rematch on Friday, Lois Heitler and Frank each scored a goal for Hastings, while Mira Hinkaty had an assist.

In the game on Wednesday, four different players scored for Hastings as Michaela Ross, Ella Campbell, Heitler, and Nia Platt each had a goal.

That same day, Dobbs Ferry recorded a 2-0 victory over White Plains as Julia Deakins and Taylor Broccoli each scored a goal. Deakins also had an assist, and Jacqueline O’Connor also had an assist. Bell made 13 saves in goal to record the shutout win for the Eagles.

Dobbs was also shutout by Bronxville 7-0 with Bell making six saves on Sept. 24. Bell made 13 more saves as the Eagles played Edgemont to a 0-0 tie on Sept. 27.

“So far we have had a challenging season, but we have played well overall,” Ardsley coach Michelle Chouen said. “Nicole Sanfilippo, a senior who joined us this season in order to play goalie, has made several important saves, keeping our team competitive. On defense, sophomore Leah Rifas has had solid performances, denying many goal-scoring opportunities and even playing a big part in our offensive attack. Sophomore Sofia Finnerty and junior Daniela Spiniello have been essential to our midfield.”