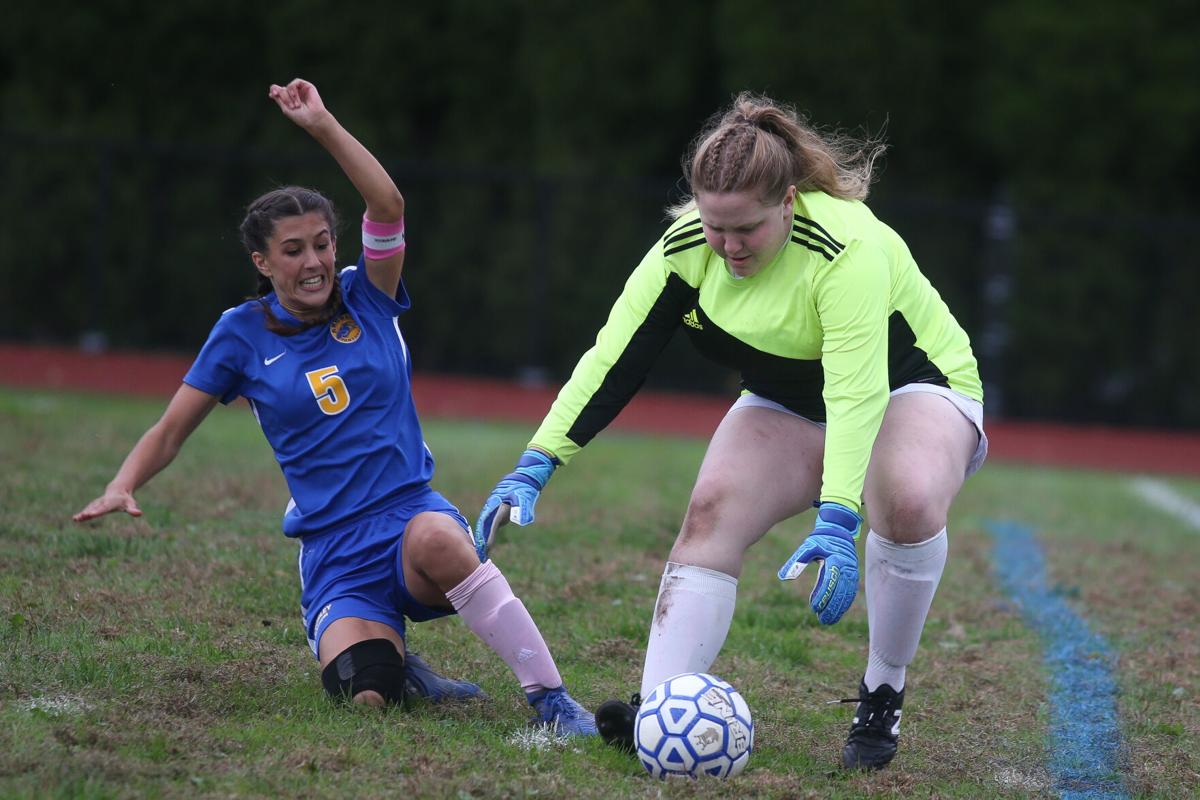 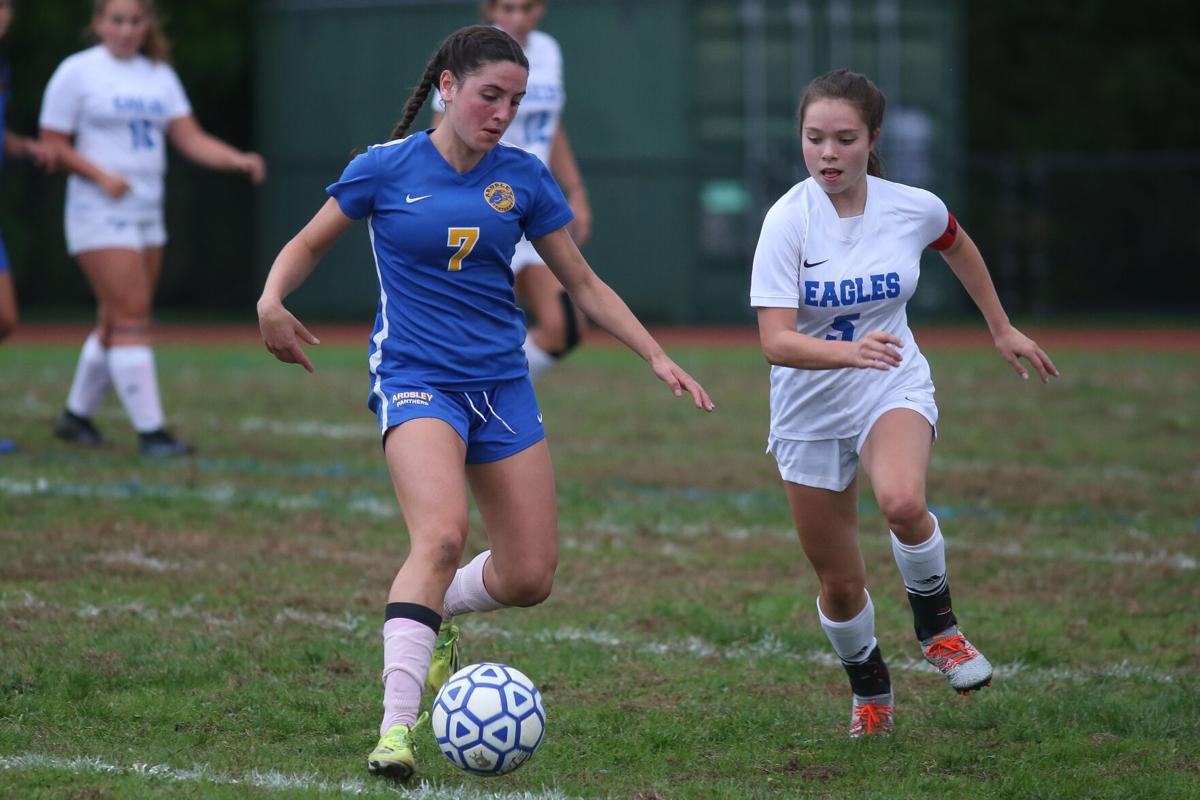 With 9:46 left in the first half, the Bulldogs’ Alyson Raimondo stole the ball, jetted up the right sideline, and sent in a perfect cross to a converging Addie Dring, who shot the ball past diving Bronxville keeper Milly Koenig into the left corner of the net.

“It was a hard-fought game from both teams,” Irvington coach Patrick DiBenedetto said. “One key in the match was that we were able to land more scoring opportunities. The little wins in the game — possession, scoring opportunities, teamwork, and defensive stops — all contributed to the victory.”

Goalie Sara Gavagan (10 saves) and the Bulldogs’ defense stood tall against a high-scoring Broncos offense to record the impressive shutout as Irvington avenged a 1-0 loss to the Broncos back on Sept. 30.

It was a victory that won’t soon be forgotten at Irvington.

“Bronxville has an established program,” DiBenedetto said. “Our team recognizes the achievement and will use it as we finish the remaining games of our regular season and prepare for sectionals.”

In the win over Edgemont, Niki DeNardo, Dring, Claire Friedlander, and Sofia Rosenblatt each scored a goal. DeNardo had an assist. Kaitlyn Krieger dished out three assists. Gavagan made four saves in net for the shutout.

Against YMA, DeNardo tallied two goals and two assists. Krieger and Rosenblatt notched a goal and an assist apiece. Raimondo added a goal while Allie Cloutman had an assist. Dring made three saves while Sadie van der Spuy had five saves.

It was homecoming weekend at Ardsley as the Panthers welcomed Dobbs Ferry on Saturday, Oct. 9.

The Panthers gained the first-half lead and were able to shut down the Dobbs offense in a 2-0 win.

Sofia Finnerty headed in a goal on a corner on an assist from Nicole Lawrence with 13:33 left in the first half to give Ardsley the lead as they took that advantage into halftime.

“I am very proud of how the team played against Dobbs Ferry,” Ardsley coach Michelle Chouen said. “We possessed the ball well and created many goal-scoring opportunities.”

Daniela Spiniello provided an insurance goal midway through the second half when she finished on her own rebound.

Nicole Sanfilippo had the clean sheet for the Panthers.

“Throughout the season, our defense has been strong,” Chouen said. “This was no exception against Dobbs Ferry. Sophomore Leah Rifas is the glue that keeps our defense together.”

The Panthers were scheduled to travel to Pelham for a league game on Oct. 13 and then close out the regular season by heading to Eastchester for another league contest at 8 p.m. on Saturday, Oct. 16.

“We have been progressing well as a team and we have two tough opponents left to play,” Chouen said. “Our focus will be on those games.”

Cameryn Bell made nine saves for the Eagles.

The Yellow Jackets also battled Edgemont to a 0-0 tie on Oct. 12.