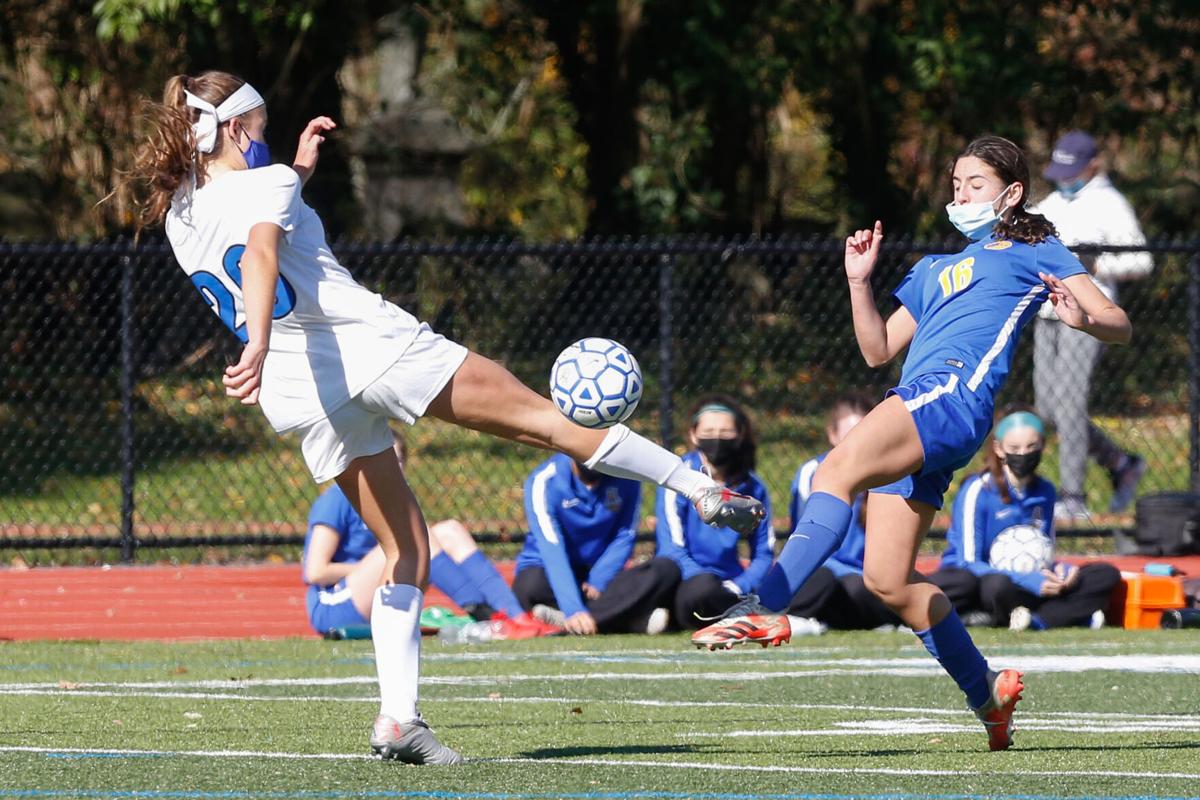 Ardsley's Sofia Finnerty battles for possession at Edgemont on Oct. 31. 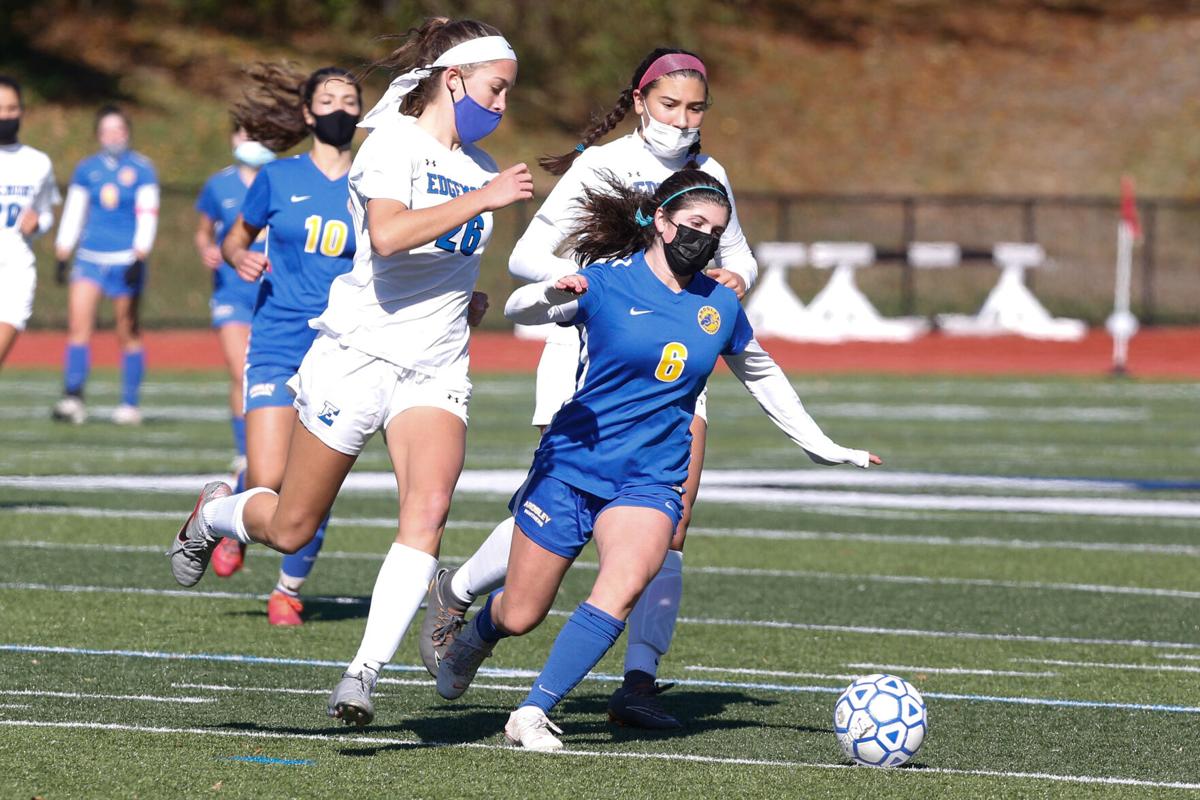 Ardsley's Brooke Lonergan dribbles away from Edgemont defenders on Oct. 31

Ardsley's Sofia Finnerty battles for possession at Edgemont on Oct. 31.

Ardsley's Brooke Lonergan dribbles away from Edgemont defenders on Oct. 31

Irvington received an early goal from Niki DeNardo and made it stand up for a 1-0 win at Hastings on Oct. 28.

DeNardo tallied 10 minutes into the match, assisted by Aine Cleary. From there, the Irvington defense and keeper Sara Gavagan made the goal hold up. Gavagan finished with three saves.

The game followed a 1-1 draw with visiting Bronxville on Oct. 26 in which DeNardo also had the lone Irvington goal, this one off a feed by Sofia Rosenblatt. Bronxville tied the game in the second half on an Alice Vranka goal. Gavagan made 10 saves for the Bulldogs, while Milly Koenig recorded two stops for Bronxville.

“It was a hard-fought game for us,” DiBenedetto said. “Niki put in the first goal of the match from a ball sent through the midfield by Sofia just before halftime. Bronxville's goal came in the second half off of a corner kick.”

He continued, “Sara made solid saves. The team is playing well and this match was a great test to gauge our progress. We need to keep the intensity and focus as we head forward.”

Irvington finished off the week with a 3-1 loss on the road in Bronxville. Lily Jebejian had two goals for Bronxville, while Alice Vranka tallied once. Claire Friedlander had the lone Irvington goal, assisted by Kaitlyn Krieger. Gavagan made 17 saves in goal for the Bulldogs.

ARDSLEY hooked up with host John Jay-Cross River on a brutally cold Nov. 2 and battled to a scoreless draw through 80 minutes of regulation play and 20 more of overtime.

It was a far cry from the first time these two teams matched up on Oct. 21, a 7-2 win for John Jay on the road.

After an even opening half, Jay controlled the second half and the extra sessions — a pair of 10-minute periods. The host Wolves, after the break, had possession for approximately 67% of the time — pinning the Panthers in their own end of the pitch for extended periods of time.

However, Ardsley keeper Emily Reece — and her defense — were up to the task. Seventeen minutes into the second half, Jay’s Sydney Bieber was denied by Reece. who came off the goal line to bat away a shot that came off a loose ball in the box.

With 18:50 left in the second period, Reece again ventured off of her line, cutting down the angle on a drive from the left wing off the left foot of Brynn DiGuglielmo and deflecting the shot wide left of the net.

On several occasions down the stretch of regulation time, Reece came off of her line to snare shots.

In the first overtime, Reece gambled on a long pass into her box and was unable to smother the ball. Fortunately for the keeper, her defense tracked down the loose ball and cleared it out of harm’s way.

“Huge improvement from the last game against John Jay-Cross River and from Saturday [Oct. 31] versus Edgemont,” Ardsley head coach P.J. Larkin said. “We had Leah Rifas and Jaime Rubino at center-back and I think the move gave the team some confidence.”

He added, “Emily made some solid stops in the second half to keep it 0-0. John Jay definitely had possession most of the second half and we gave up way too many corner kicks.”

Ardsley had kicked off the week with a 5-3 win in Hartsdale against the host Leffell School on Oct. 28. Brooke Lonergan and Daniela Spiniello had two goals each for Ardsley, while Rubino tallied once. Reece recorded six saves in goal for the Panthers. Alex Jaeger had two goals for Leffell, while Noa Mokay added one.

“We went up early but allowed Leffell to get back into the game,” Larkin said. “We finished the game strong and started to link up some passes.”

The Panthers traveled to Edgemont on Oct. 31 and fell, 3-1, to the home team. Daphne Ballas had all three goals for Edgemont, while Rifas had the lone Ardsley tally on a penalty kick.