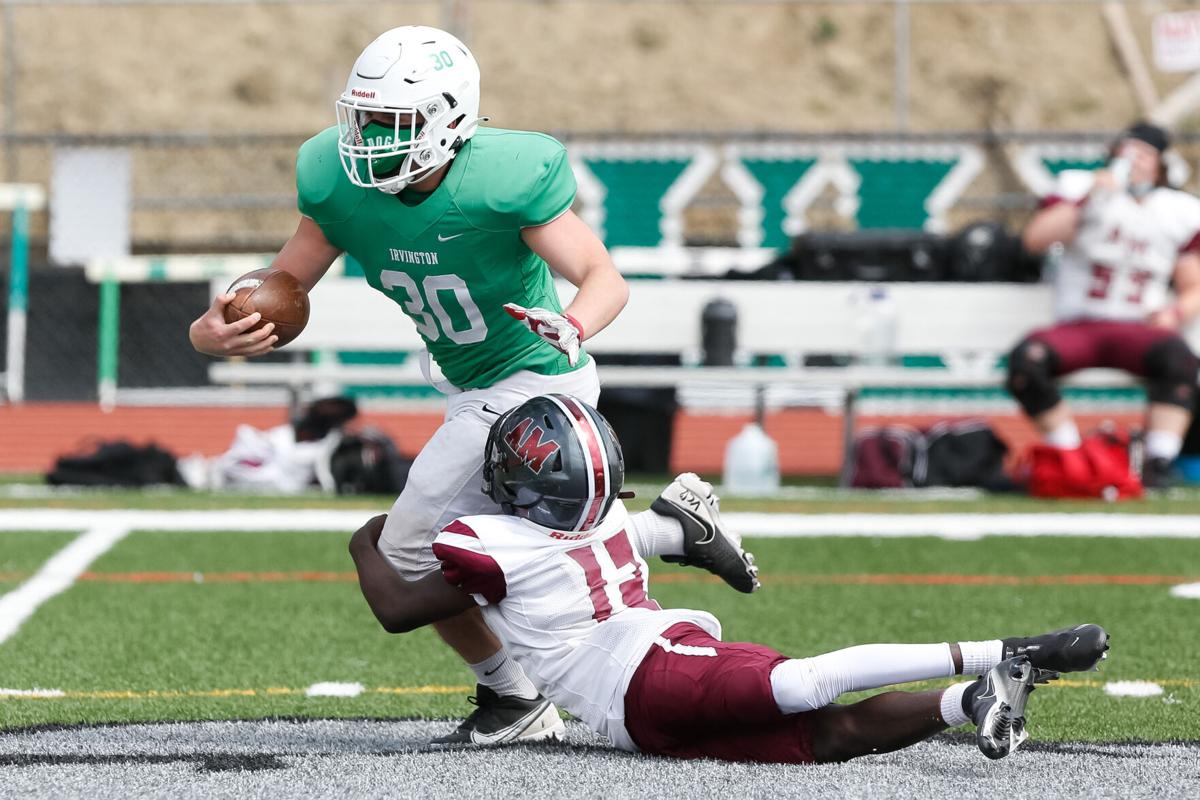 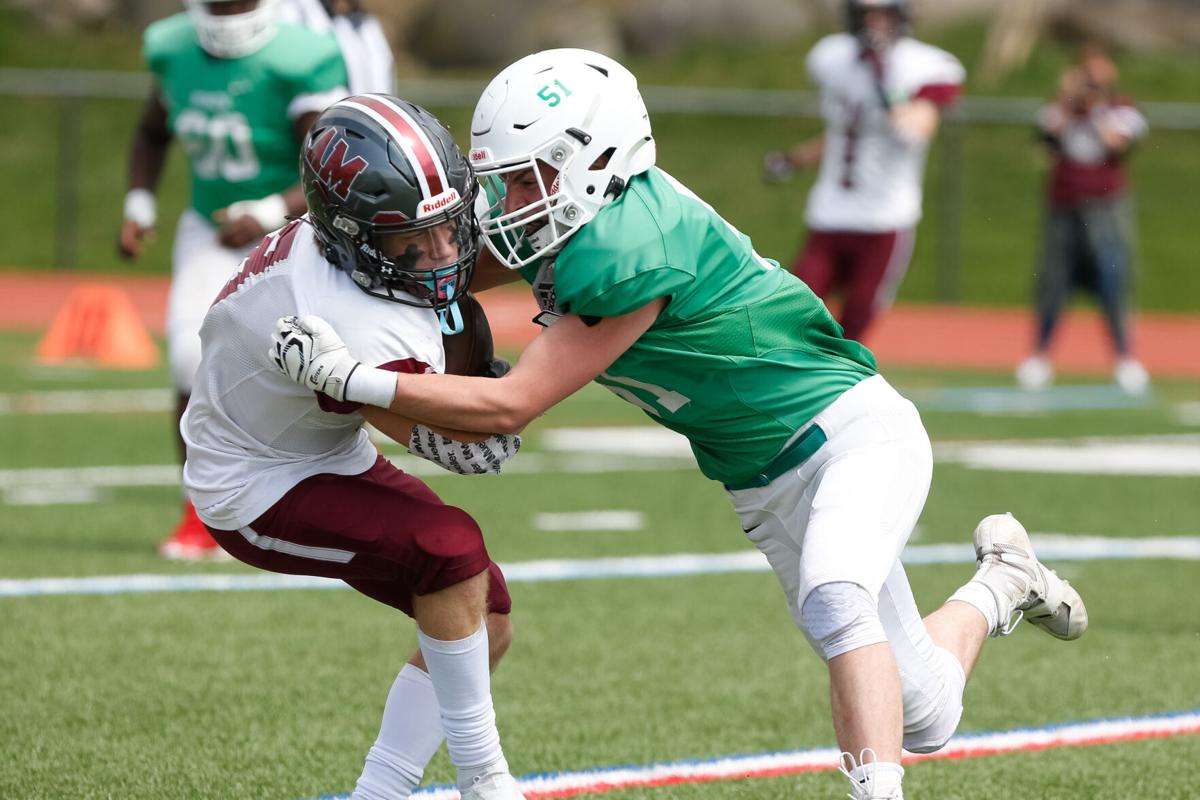 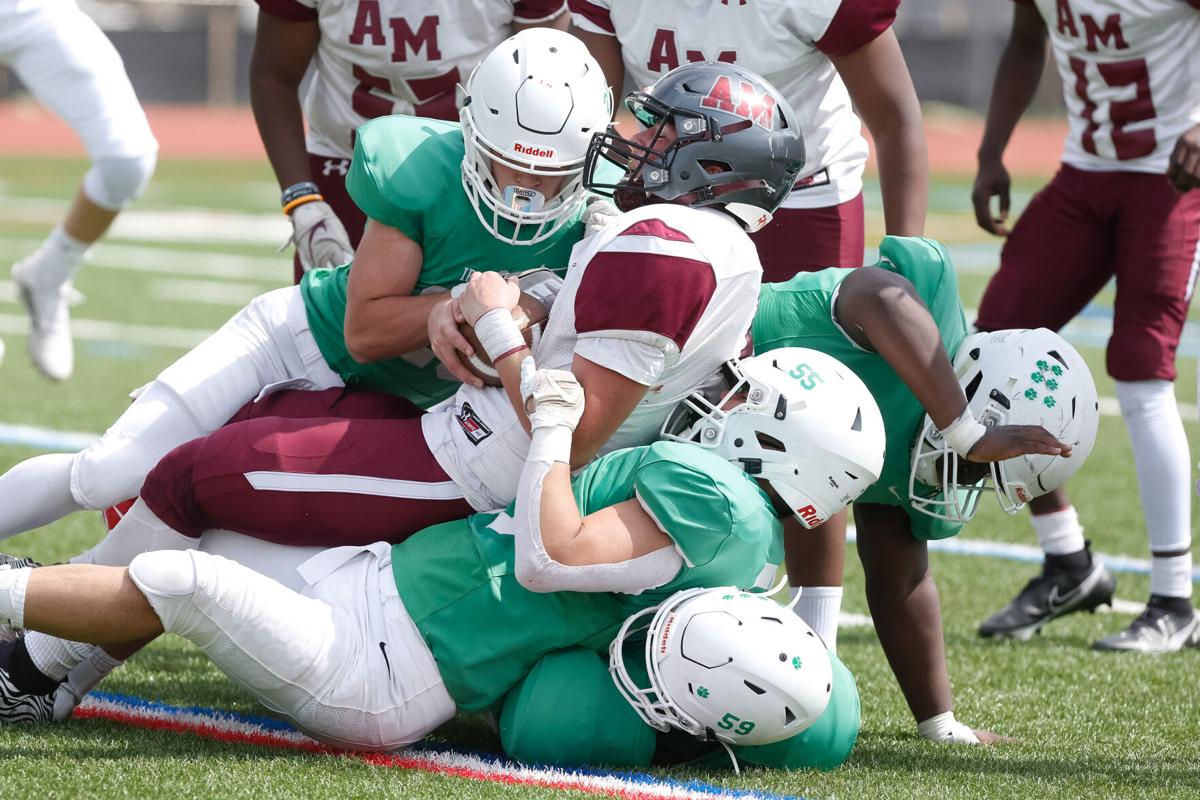 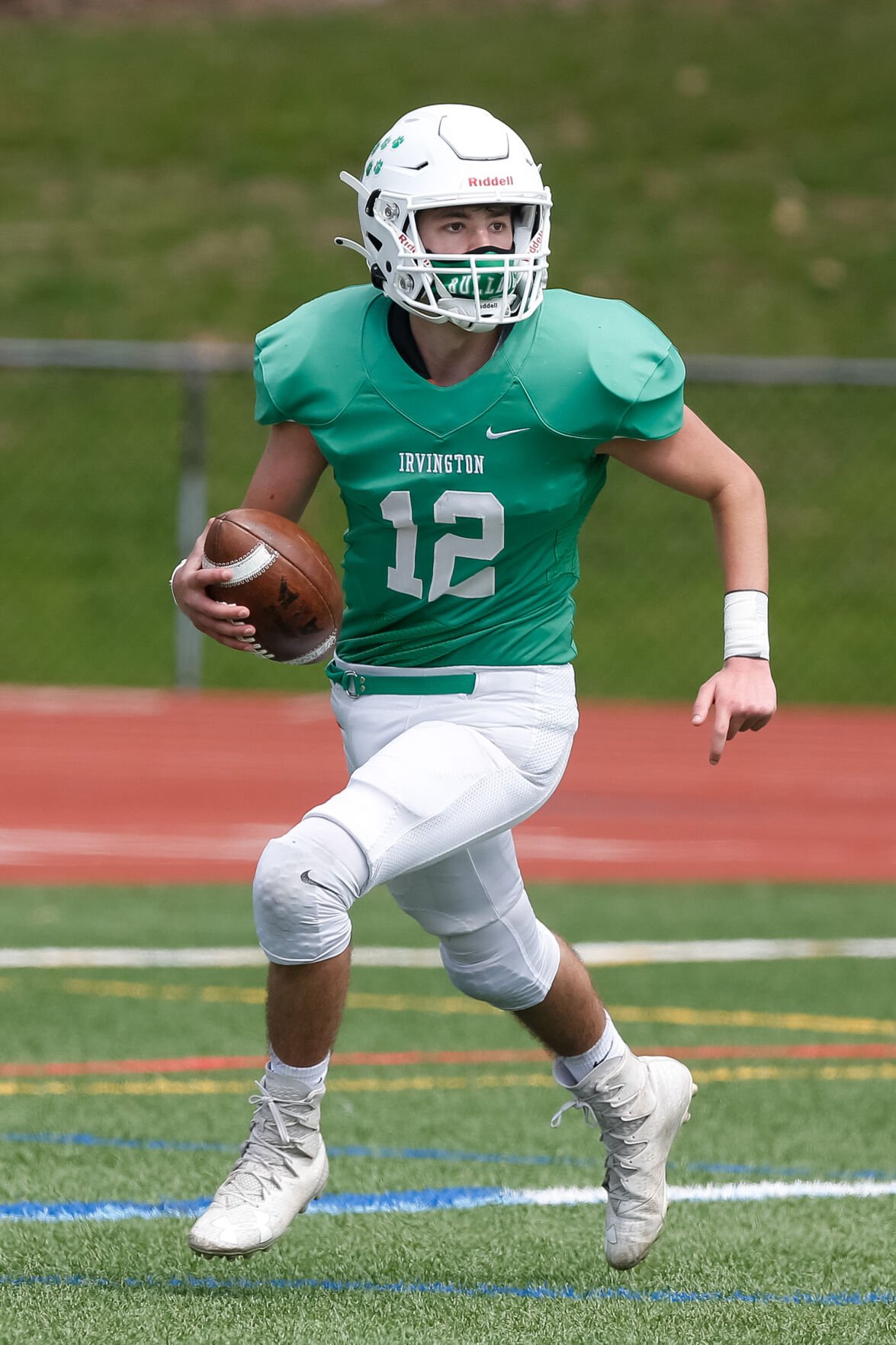 James McGovern scored three times in the first half as visiting Dobbs Ferry had their way with Blind Brook in a 48-8 win on April 10. The victory snapped the Eagles’ two-game losing streak and leveled their season mark at 2-2, while Blind Brook fell to 0-4.

“Definitely a great team win,” Dobbs Ferry head coach Joe Cox said. “We played well in all three phases and got tremendous contributions from a lot of different guys. Proud of the way they responded after a tough loss last week. It was great to see our young guys play a lot of football.”

He added, “They got on the field and went right to work. We'll need to build off this win and get better as we prepare for a tough Tuckahoe team next week.”

The game could not have started any better for the Eagles or any worse for the Trojans as Dobbs Ferry’s Harry Dann took the opening kickoff and raced nearly untouched 88 yards for a touchdown.

On their next possession, after forcing a three-and-out from the Trojans, the Eagles needed five plays to cover 64 yards with McGovern racing around the right end from 6 yards away for a 14-0 lead.

Dobbs Ferry next held Blind Brook without a first down and forced the Trojans to punt, which McGovern took back to the Trojans’ 9-yard line. Despite three offensive penalties — two for illegal motion and an illegal block foul that negated a McGovern 3-yard TD run — the Eagles found the end zone, converting a fourth-and-goal from the 7-yard line when Dann found McGovern all alone in the left corner of the end zone.

That score gave Dobbs Ferry a 21-0 advantage after one quarter.

An interception by Brendan Smith set Dobbs Ferry up on the Trojans’ 38 early in the second period. Five plays later, on a first-and-goal from the 1-yard line, Smith recovered Dann’s fumble in the end zone for the Eagles’ fourth TD of the day and a 28-0 lead.

Jhonatan Almaras was perfect on his first four PAT tries for the Eagles. Almaras was called upon moments later after McGovern returned an interception 45 yards for a TD that gave the Eagles a 34-0 halftime lead. Marty O’Leary tacked on a 2-yard third-quarter TD run for the Eagles, while Will Cintron added a 21-yard scoring run in the fourth quarter. Almaras converted after each of those scores.

In all, Dobbs Ferry utilized nine ball carriers, with Jabari Marsland leading the way with 56 yards on five carries. Brandon Holman added 40 yards on only two tries. The Eagles rushed for 255 yards.

HASTINGS suffered their first defeat of the season on April 10, falling at Briarcliff, 26-8. The defeat was the first in four outings.

Poor pass protection and costly penalties on the offensive side of the ball short-circuited the Hastings attack.

Jackets’ QB Rob Kennedy was under duress all afternoon, sacked six times for minus-50 yards, and completed 8-of-21 passes for 120 yards. He also suffered three interceptions.

The lone Hastings’ TD came early in the third quarter when Kennedy found Chris Rotiroti in the right corner of the end zone from 14 yards out. Kennedy hooked up with Chris Capuano for the two-point conversion to bring the Jackets to within 20-8 with 7:55 left in the period.

Briarcliff answered on the ensuing possession, getting Brandon Rispoli’s third rushing touchdown of the afternoon — this one from 6 yards out and 2:55 after the Jackets’ score.

Briarcliff jumped in front quickly, getting a 29-yard TD run from Rispoli 1:28 into the game. After a short Hastings punt gave the home team possession on the Jackets’ 36, Rispoli scored his second TD of the day, this one from a yard out, to give the home team a 12-0 advantage.

In the second quarter, Briarcliff made it 20-0 on a 76-yard catch-and-run TD reception by Jaylen Savage from Marc Milano.

From there, the Hastings defense stiffened, allowing only the third-quarter scoring run by Rispoli. Meanwhile, the offense had chances, but was turned away by the Briarcliff defense.

“The game was close, came out a little flat to start, and found a groove late,” Hastings head coach Sammy O’Hare said. “The kids played hard and never quit, but Briarcliff was a tough team and played an excellent game.”

A bright spot for Hastings in the loss was the hard running of Kyle Honecker, who picked up 89 yards on 14 carries. Rotiroti led all Jackets receivers with five catches for 59 yards.

The Bulldogs struck early. After Justin Kim recovered a Magnus fumble on the visitors’ 9-yard line on the first snap of the afternoon, the home team was unable to fully capitalize and settled for a 25-yard field goal by Morgan Balkin. Irvington’s Ethan Pakola broke loose later in the game for a 50-yard TD run.

The loss left Irvington at 1-2.