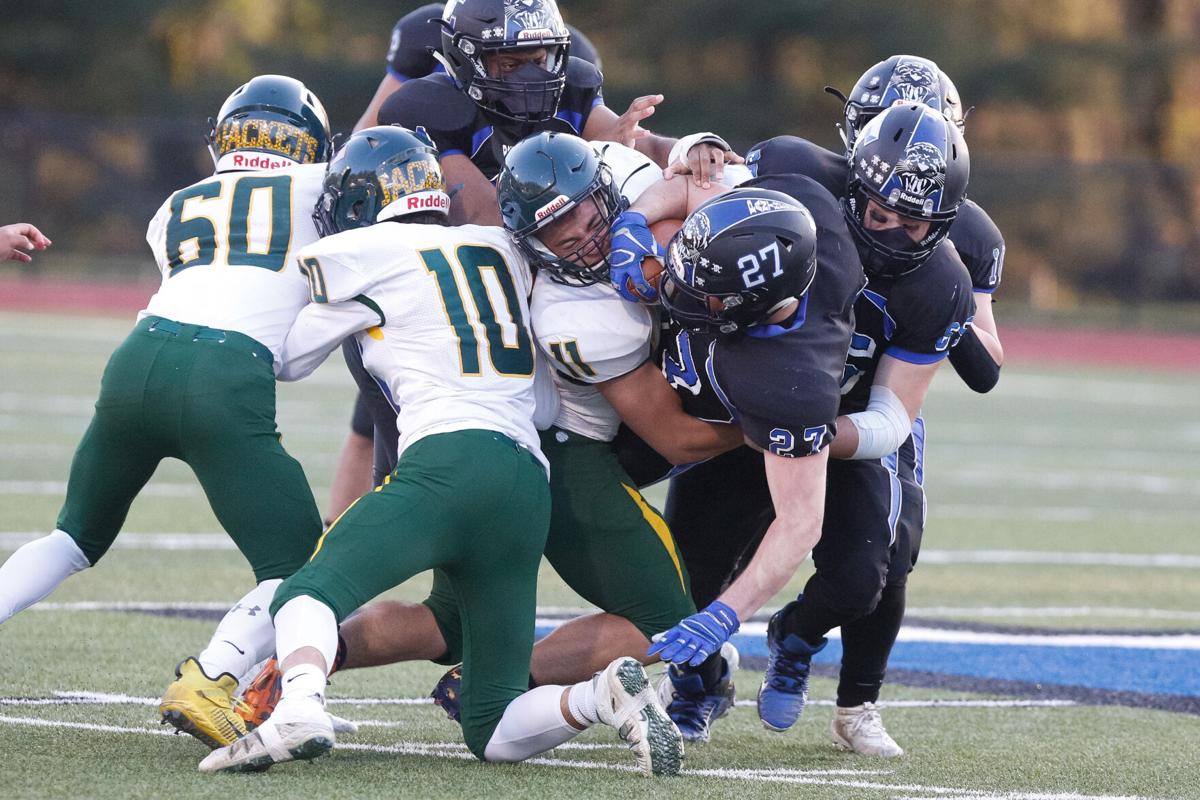 Hastings’ Kyle Honecker wraps up an Edgemont ballcarrier for one of 17 tackles. 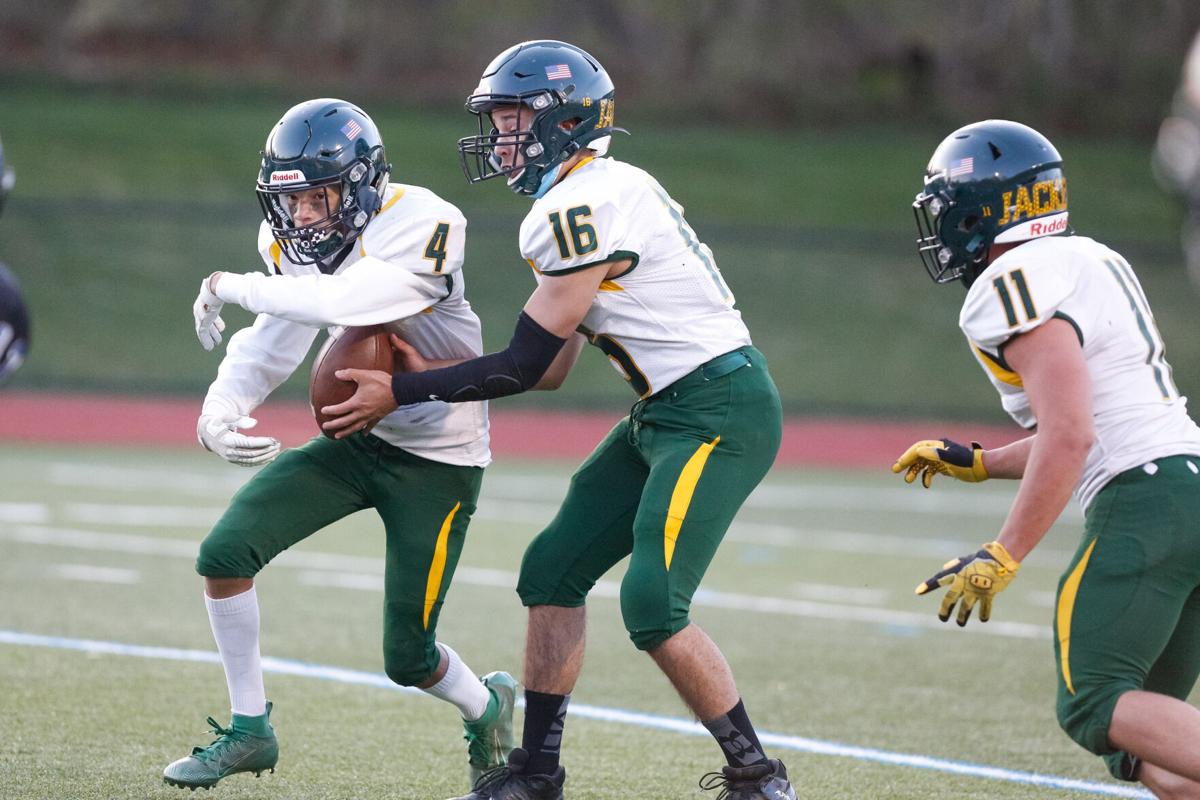 Hastings’ QB Rob Kennedy hands the ball off to running back Reign Peterson.

Hastings’ Kyle Honecker wraps up an Edgemont ballcarrier for one of 17 tackles.

Hastings’ QB Rob Kennedy hands the ball off to running back Reign Peterson.

Hastings received a last-minute touchdown pass from Rob Kennedy to Chris Capuano to down host Edgemont, 12-11, on April 23, in the third-place game of the Independent League. The victory clinched a winning season for Hastings, which finished 4-2.

The visiting Yellow Jackets went ahead on a third-quarter TD pass from Kennedy to running back Reign Peterson.

Edgemont rallied with a touchdown, two-point conversion, and field goal to go ahead, 11-6, with 3 minutes remaining in the game. The Jackets responded with their game-winning drive. Kennedy’s scoring toss to Capuano covered 30 yards.

“It was a wild game, really competitive throughout,” Hastings head coach Sammy O’Hare said. “I'm proud of the way the guys played — they fought until the end and finished the season on a positive note.”

Kennedy completed 12-of-19 passes for 225 yards, while Capuano had three receptions for 71 yards.

Keith Capuano had a big game on both sides of the ball for Hastings. From his tight-end spot, he hauled in nine passes for 115 yards, while, as a linebacker, he was credited with 10 tackles.

Nose tackle Kyle Honecker, however, was the story on defense with 17 total tackles for Hastings, including seven for losses, three sacks, and a forced fumble.

The win avenged a 16-12 loss to Edgemont on April 27 at Reynolds Field.

IRVINGTON closed out their season just as they opened it — with a win over Croton-Harmon. The Bulldogs defeated the Tigers 25-14 at home on April 25. Irvington finished with a 2-3 record.

“This was a great way to finish the season,” Irvington head coach Steve Yurek said. “The seniors had a great time today and played well. It was tough coaching against my son Jack in today’s game. Many emotions throughout the week and the game.”

Jack Yurek is a freshman lineman for Croton-Harmon.

Morgan Balkin started the scoring with a 25-yard field goal with 8:42 remaining in the first quarter, putting Irvington ahead 3-0. Bulldogs QB Adam Kurland connected with Ethan Pakola on a 30-yard TD pass 28 seconds into the second period. Justin Kim’s conversion run increased the lead to 11-0.

The Tigers scored touchdowns in the second and third quarters to take a 14-11 lead midway through the third period. The Bulldogs answered with Trevor Annicharico’s 28-yard TD run to retake the lead at 17-14 with 1:12 remaining in the third stanza.

The teams traded possessions in the fourth quarter until Annicharico broke loose for his 71-yard scoring run, with 2:15 remaining, to seal the victory. Kim added his second conversion run to cap the scoring.

“Croton played well and it was great that it went down to late in the fourth quarter,” Yurek said. “We were down in the third quarter and we battled back to take the lead. Our boys dug deep and found a way to win.”

He continued, “We had a great bunch of young men that followed the Covid rules. We didn't have any shutdowns and the players are to be commended for that. I feel blessed to get this season in. Our young guys played their hearts out all year and were extremely coachable. I am very proud of them.”

Annicharico had 164 yards rushing on 19 carries. Pakola added 31 yards rushing on six attempts as Irvington gained 195 yards on the ground on 25 carries. Through the air, Kurland was 2-of-4 for 33 yards. Tommy Flanagan had one reception for 3 yards.

On March 20, Irvington kicked off the season with an 18-0 win at Croton-Harmon.

ARDSLEY opted not to play a sixth game this season and finished the season at 3-2. DOBBS FERRY’s sixth-week opponent, Woodlands, withdrew from the contest, leaving the Eagles without a game. The Eagles also finished at 3-2.