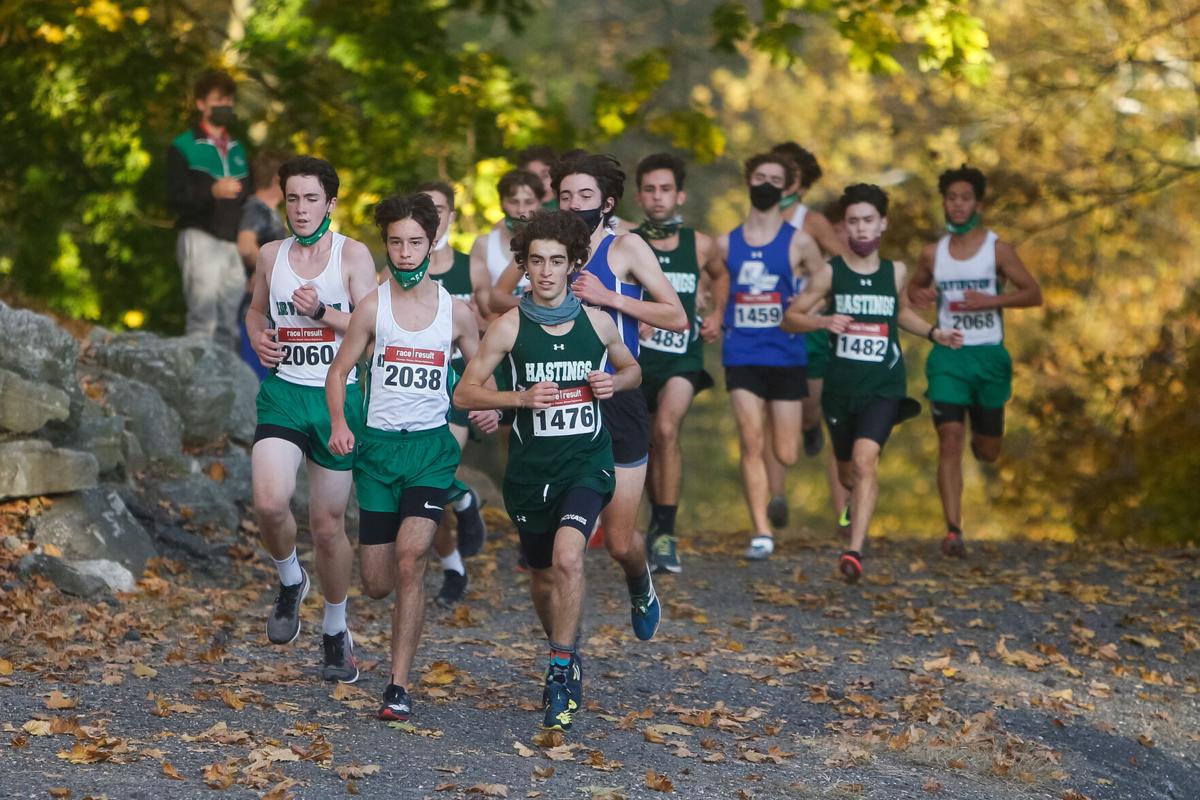 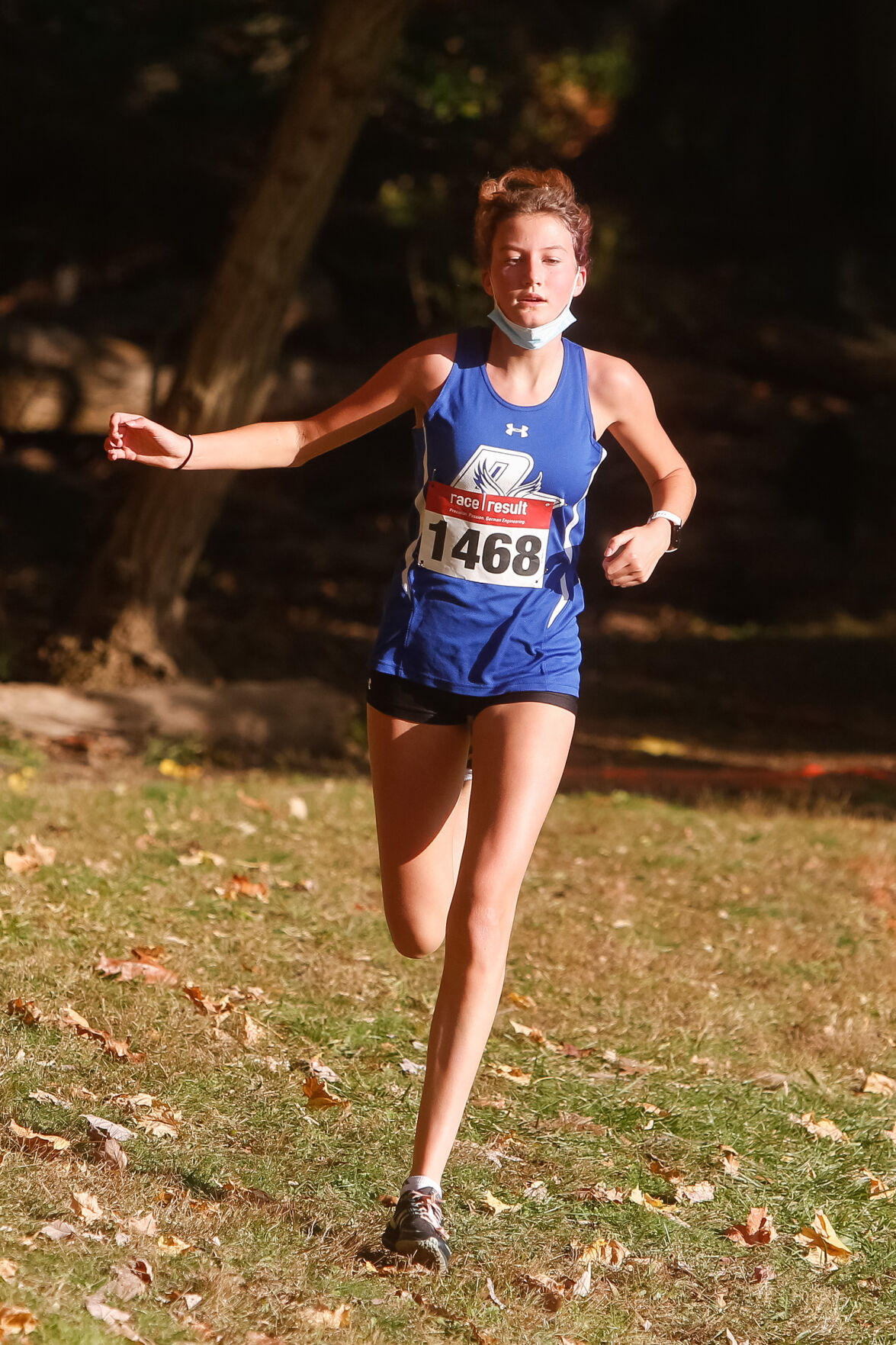 Due to Covid-related shutdowns, neither Dobbs Ferry nor Hastings could compete against Bronxville and Irvington for the league championship, which the Irvington boys won on Halloween.

In response, Irvington head coach Chris Barry offered Hastings the chance to stake a claim to the championship if they could defeat his Bulldogs in the Rivertowns Cup meet at Irvington on Nov. 7.

“We figured with the Hastings boys’ team taking us by three [63-66] up at Milton a couple weeks ago [Oct. 24], it just wouldn't have been fair to deny them a league title if they beat us again on our home course,” Barry said. “It wasn't their fault that they didn't get to run at our official league meet.”

On Nov. 7, the Bulldogs survived the challenge. Five runners placed in the top 10 as they nipped Hastings, 28-37. Dobbs Ferry finished with 69 points.

“The meet was the first time we were able to be together in person as a team since Oct. 29 due to a Covid case and subsequent quarantines,” Hastings head coach Molly Guilfoyle said. “We were just happy to be running together again in person.”

She continued, “Irvington has a ridiculously deep and talented team and we needed to be on our ‘A’ game to have any hopes of beating them, and we, unfortunately, did not have that day.”

“Our boys did what they needed to do to get past Hastings,” Barry said. “We knew that Aidan was going to be the likely winner — he is one of the top runners in the state after all — but we couldn't let their two guys get ahead of our top two again. Alex and Liam ran like warriors and did their jobs.”

He continued, “Lucas Turano had yet another fine race. He is sort of like [Irvington girls’ runner] Isabella Berger this fall in that we can pencil him in for a solid race every single time he races, and our team depth was very strong, with our top seven getting ahead of their number four man.”

“This is one of the deepest teams we've ever had, and they run for each other,” Barry said. “I’m very happy our parents got to see them one more time, as they have had to miss the Milton races.”

In the girls’ race, Irvington eased to the team title with 26 points, with Dobbs Ferry second with 42 and Hastings next with 57.

Like the boys, the depth of the Irvington girls was the difference as they placed runners second and third, as well as sixth through eighth.

“Our girls’ team rallied for each other with some tough challenges with which to deal,” Barry said. “The heat got to some of them — it is hard to adjust back to racing in 70-degree weather when you haven't for a while.”

He continued, “Devin Reilly had her best race of the fall, Lulu Forte did her usual battling near the front, and Isabella Berger was her usual steady self. Lauren Allan and Joanna Paul nailed it down. This is a great team and, being in a league with teams like Dobbs Ferry and Bronxville, they get tested all the time.”

“It was a very warm race for everyone and it definitely took a toll on runners from all teams,” Dobbs Ferry assistant coach Dana Molloy said. “Fenna had a great race, took an early lead and stayed there — very happy with her performance.”

She continued, “Both teams [boys’ and girls’] are battling through a couple of injuries and a couple of unforeseen circumstances shortened our girls’ team this week. Nothing about this season is normal or expected, so we keep taking it one day at a time.”

“We were so proud of the effort both our teams gave,” Barry said. “They really embraced running to win the Cup and, of course, for the boys to earn the league championship.”

He added, “Let's hope we continue healthy and can run in two weeks in the Southern Westchester regional small school races. I like our teams' chances there.”

The cross-country championships are set for the weekend of Nov. 21-22 in Milton at the Hudson Valley Super Dome campus.