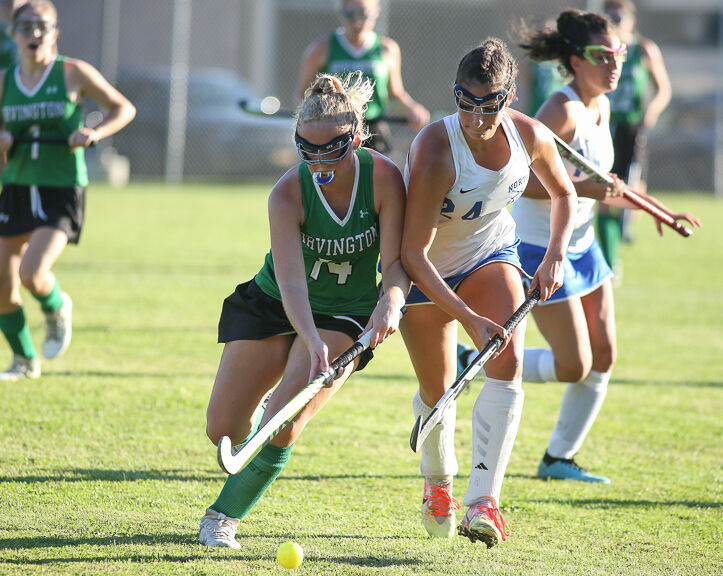 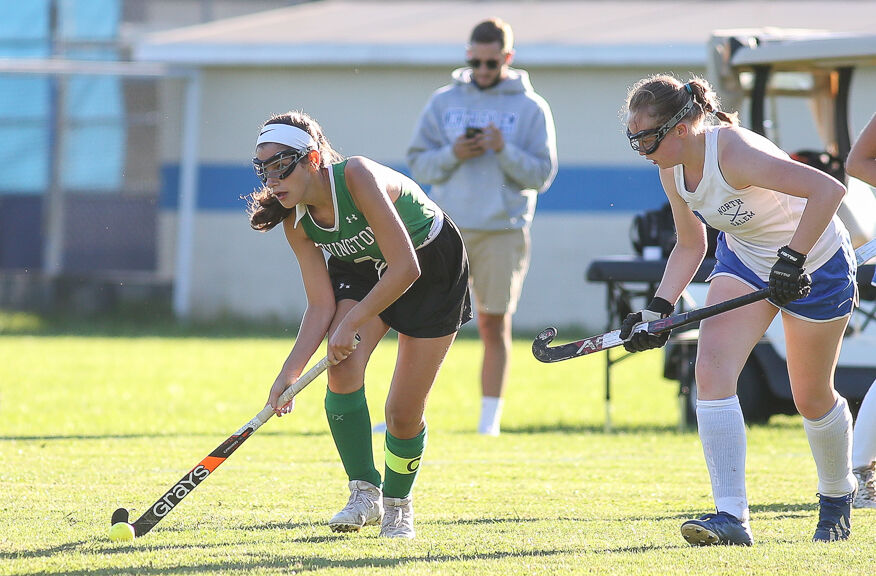 Tess Davidowitz looks to pass up the field against North Salem.

Tess Davidowitz looks to pass up the field against North Salem.

Beth Staropoli knows her Irvington Bulldogs will learn from a season opening 4-0 loss to host North Salem on Sept. 3.

“That’s what I love about these kids,” the veteran coach said. “We will make mistakes but they’ll learn and grow. And they’ll do it throughout the season. That gives me hope. It’s not like I’m like, ‘Oh, we never learn.’ We do.”

The Bulldogs’ best scoring chance came just two minutes into the game on a corner but the ball hit a player’s foot in the circle and the goal was waved off.

From that point on, North Salem took control of the game.

Trailing 2-0 at halftime, Staropoli thought her squad showed more fight in the second half.

“After they scored, kids automatically naturally think, ‘Whoa,’ and they get on their heels,” she said. “I say to them, ‘It doesn’t matter if it’s 1-0, 2-0 or 4-0, we have to attack.’ In the second half, we started to attack and we started to have more opportunities. They just have to remember that, ‘OK, so what they scored, now we’ve got to get one.’ It’s not, ‘Let’s prevent them from getting another goal. It’s let us score.’ Let’s get on the aggressive and attack.”

Kiki DeModna scored two goals in the second half for North Salem and assisted on both first-half goals. Three out of four of the Tigers’ goals came on corners. North Salem had nine corners and outshot Irvington 13-3.

“We love playing North Salem,” Staropoli said of the Tigers, who reached the small school Northern Westchester/Putnam championship game last season. “They are a really well-skilled team. They’re great kids and what we learn is from our mistakes. We watch them and we see what they do. Playing a team this skilled is really beneficial for us.”

The Bulldogs have a quartet of senior captains this season: midfielder Tess Davidowitz, midfielder Lexy Downes, midfielder/defender Danielle Stassa and midfielder Hannah Tuckett. The team is heavy on underclassmen with just six seniors on a 26-player roster.

“I have some quality kids back and I have some young kids,” Staropoli said. “But you have to get used to working with each other in this game. And it’s a quick game.”

The Bulldogs return to action when they travel to Valhalla for a 4:30 p.m. game on Sept. 10 and then head to Pawling for their first league game at the same time on Sept. 14.

Staropoli is setting a goal for the team of reaching the playoffs this season.

“That’s our goal is to go back to sectionals and to grow,” she said. “We’re in a totally different league this year so we’re playing teams we’ve never played before. We just want to learn and grow every day and fix mistakes.”