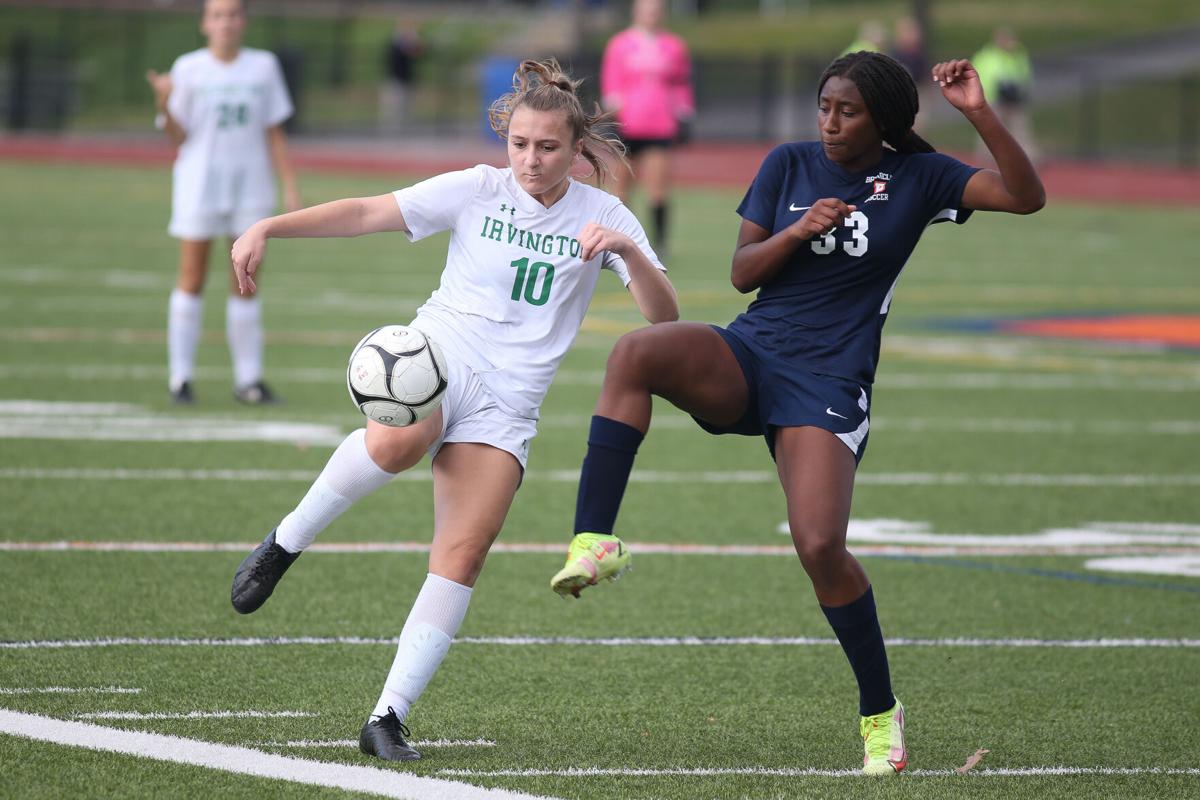 Irvington’s Claire Friedlander kicks the ball to an open teammate against Briarcliff. 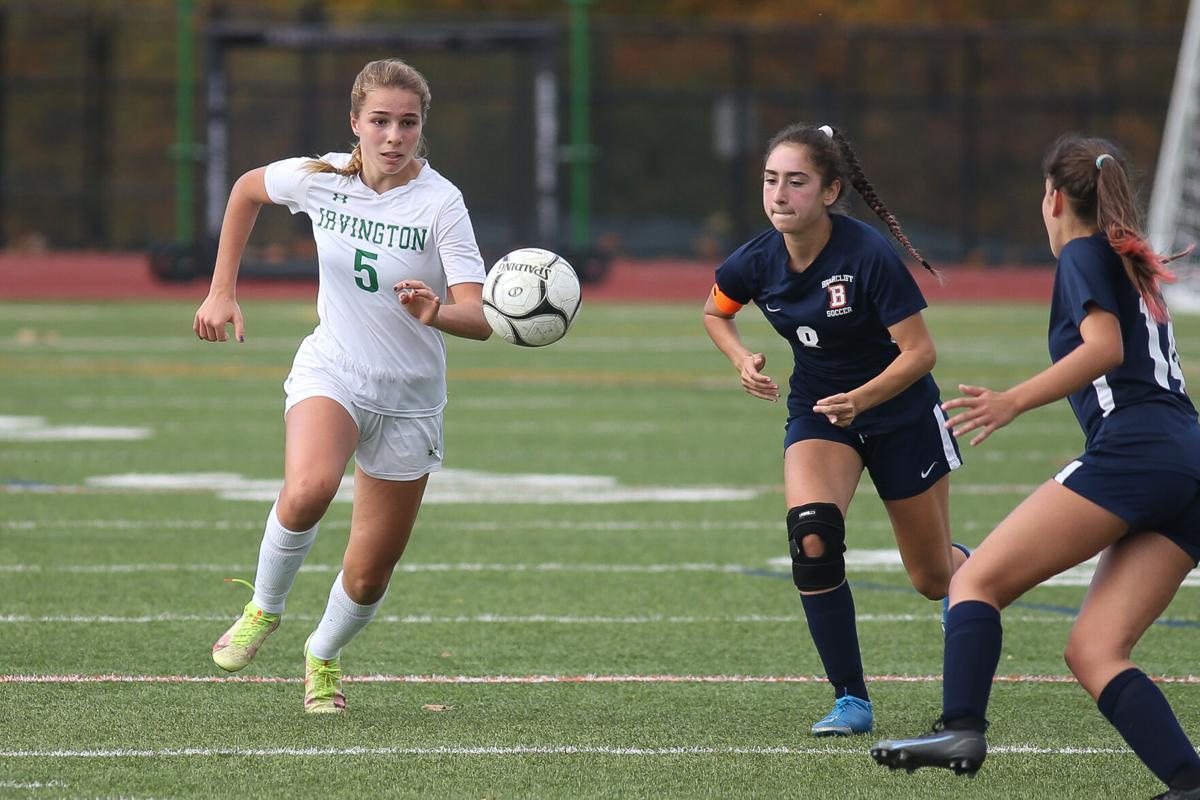 Irvington’s Claire Friedlander kicks the ball to an open teammate against Briarcliff.

Coach Patrick DiBenedetto and his Irvington girls’ soccer team of course were unhappy after falling 1-0 to host Briarcliff in the Section 1 Class B semifinals on Oct. 28. But when DiBenedetto and the Bulldogs reflected on their season that ended with that loss, they knew there was plenty to be proud of.

Third-seeded Irvington finished the campaign with a 15-3 record, including a huge regular-season win over eventual section champion Bronxville.

“This doesn’t define all the great stuff that happened this season,” DiBenedetto said following last Thursday’s defeat. “It’s just unfortunate that it had to culminate like this.”

Second-seeded Briarcliff struck early, gaining a 1-0 lead with 28:26 left in the first half when Sora Marable gained possession, pushed the pace up the field, and fired a shot that deflected off the hands of Irvington keeper Sara Gavagan and into the left corner of the net.

“We kind of got out of position and there was a gap,” DiBenedetto said. “They found the gap and right place, right time.”

He continued, “It was a slow start in terms of settling in. In a game like soccer, it’s dangerous that way and it’s unforgiving. A goal gets in and you’ve got to dig out and the pressure’s on.”

The Bulldogs didn’t generate many scoring opportunities in the first half, and  the game went into the break with the Bears leading 1-0.

“We just weren’t able to shoot the ball,” DiBenedetto said. “When you lose 40 minutes off the clock, now you’re playing behind the eight ball.”

In the second half, Irvington had had its fair share of chances to tie the game up but couldn’t capitalize. Just over 5 minutes into the second half, sophomore Sofia Rosenblatt fired a shot that was wide to the left. Junior Claire Friedlander rifled a laser off the crossbar with 24 minutes to go. The Bulldogs had a prime opportunity with about 20 minutes left but they were called offsides.

With 14 minutes to go Kaitlyn Krieger, a junior, ripped a shot from distance, but it was off, and Rosenblatt sent a high shot over the net with 11:15 to play.

It was the 16th shutout of the season for a physical Briarcliff defense with a quick first step to the ball.

“We weren’t winning our 50-50s and that’s going to be the main difference in terms of us possessing it and getting us into that final third,” DiBenedetto said.

The young Bulldogs graduate just one senior in Gavagan — the team’s starting goalie and vocal leader.

“She’s been a rock,” DiBenedetto said. “Four years having her in goal has been phenomenal. As a leader, she’s been over the top in terms of that. Keeping the girls together, especially in Covid seasons where you don’t have that ability to bond outside of the soccer field, she was able to really make sure that happened and kept these girls solid together.

“That’s going to be passed on without a doubt,” he added. “That’s the beauty of it. She leaves a lot as she moves on. I’m thankful for her and I appreciate all of the efforts that she’s brought to our team.

Taking in the scope of Gavagan’s contribution, DiBenedetto remained optimistic. “The future’s bright but it’s just a matter of filling in that 24-by-8- foot box back there,” the coach said. “It’s a beautiful team. There’s a lot of talent and I’m looking forward to us being back here next year.”