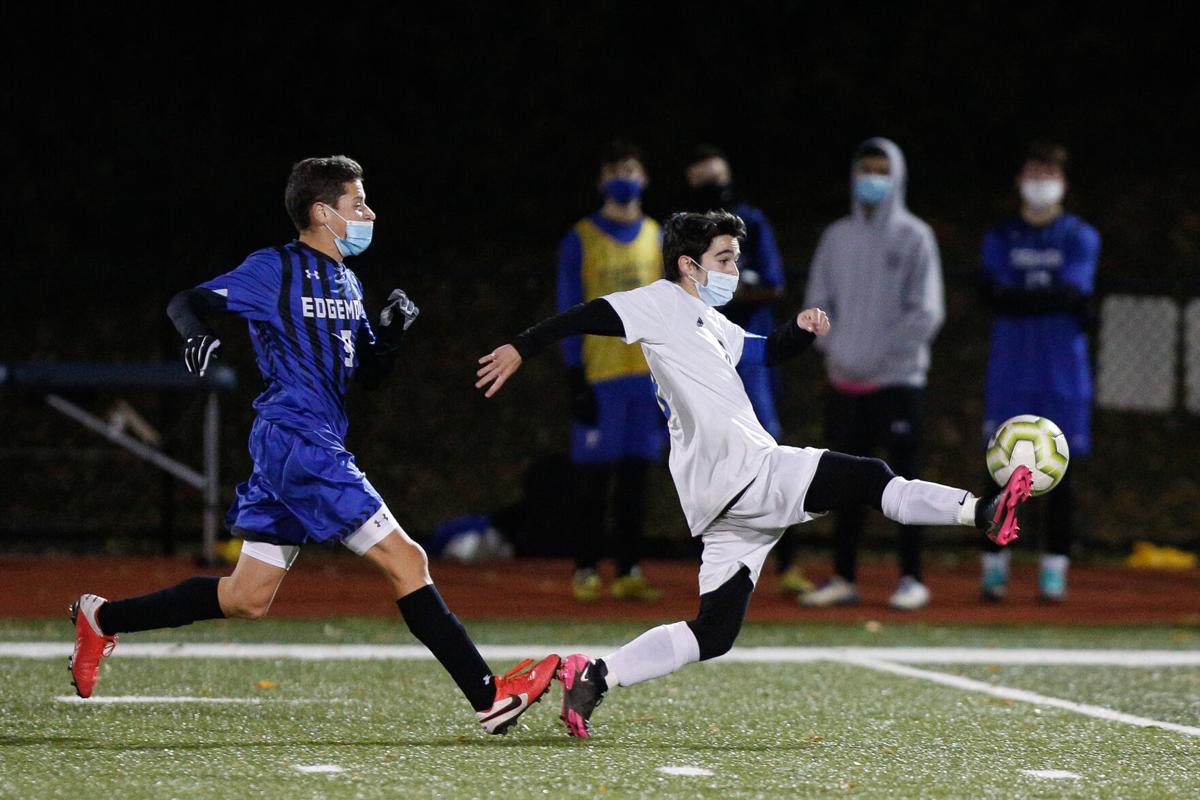 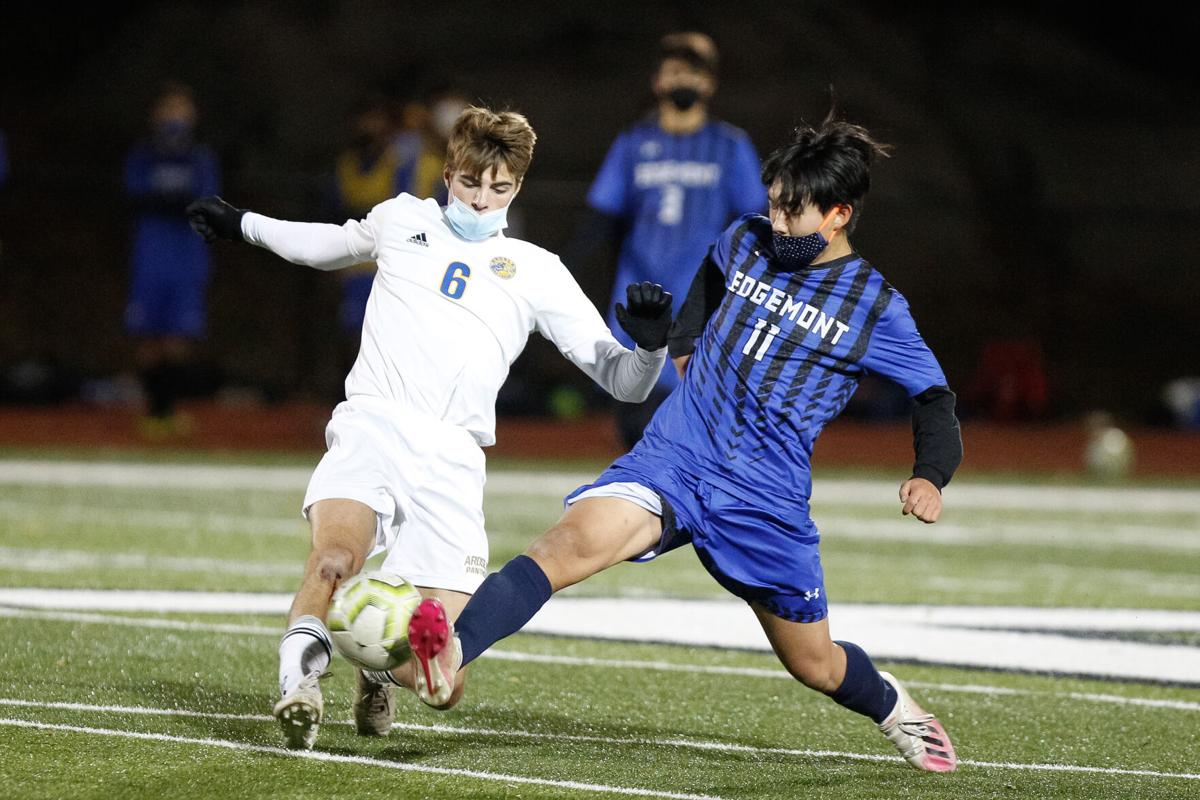 Ardsley's Pierce Dillon deflects the ball against Edgemont on Nov. 3.

Ardsley's Pierce Dillon deflects the ball against Edgemont on Nov. 3.

With Byram Hills postponing all sports because of a positive Covid test in that school district, Ardsley athletic director Mike Ramponi scrambled to find an opponent for his team’s Senior Day on Oct. 28.

Ramponi secured New Rochelle to fill the open spot, and the Panthers’ 11 seniors were rewarded with a 3-1 win over the visiting Huguenots.

Scoreless at the intermission, Ardsley broke on top 8 minutes into the second half when Robert Watson put the Panthers on the board. Four minutes later, Aidan Muldoon increased the home team’s advantage to 2-0.

Midway through the second half, Matthew Carpio set up Manuel Sosa for the goal that brought New Rochelle to within 2-1. Late in the second half, Pierce Dillon tacked on an insurance goal for the Panthers.

Felipe Remon, Luca Fuente, and Dillon each had an assist for Ardsley, which received seven saves in goal from Vincenzo Spiniello.

“None [of the saves] more important than his last, on a ball that was headed to the back of the net when he was off his line — he recovered quickly and punched it over with 10 minutes to go,” Ardsley head coach Eric Petrone said.

Ardsley came into the game off of a 2-1 loss in Chappaqua to host Horace Greeley on Oct. 26. The Panthers broke on top early, getting a goal from Watson 3 minutes into the match. The Quakers tied the game at 1-1 on a Matt Burack goal 10 minutes later. Owen Parsons netted the winner in the second half for Greeley.

“It was a really tough loss for us — we went into the game in great form having won two straight,” Petrone said. “We were fully fit. We had begun to gel in our new 4-5-1 formation. Unfortunately, what we saw as a positive, playing on Greeley's turf surface, which should have been better suited to passing, actually played against us.”

He continued, “A wet night, with a different, lighter ball from the one we use, we couldn't seem to manage keeping possession. The ball was bouncing all over the field. After scoring in the first few minutes on a beautiful passing play, we gave up a bad goal 10 minutes later that slipped out of our goalie’s hands.”

Petrone added, “We didn't have many chances after that as we struggled to slow the pace and possess the ball on Greeley's turf.”

Ardsley wrapped up the week with a 1-0 win over visiting Edgemont on Nov. 3. An Edgemont giveaway in their defensive end resulted in a David Hay goal with 10 minutes left in the first half. Spiniello made three saves to record the shutout for Ardsley.

IRVINGTON entered this week off of a 2-1 overtime win at Dobbs Ferry on Oct. 27. Isaiah Boyles scored the winner for Irvington, which also received a tally from Arjan Delija. Nathan Baker set up Preston Long for Dobbs Ferry’s equalizer. Miles Demarest made 11 saves in the Bulldogs’ goal, while Sebastien Orlowski made 11 stops for the Eagles.

The Bulldogs fell, 3-1, at Bronxville on Nov. 3. After a scoreless first half, Will Redman gave Bronxville a 1-0 lead 3 minutes after the intermission. Aidan Sullinarski made it 2-0 for the home team before Boyles cut the Bulldogs’ deficit to 2-1. Ellis Goodson’s goal late in regulation time sealed the win for Bronxville.

HASTINGS opened this past week with a 4-2 loss at Bronxville on Oct. 28. Mark Pytosh and Griffin Patterson scored in the game’s first dozen minutes to stake the home team to a 2-0 lead.

Murphy Botko cut Hastings’ deficit in half midway through the first half, but Miles Courtney added another for Bronxville before the break to give the Broncos a 3-1 halftime lead.

In the second half, Will Redman of Bronxville and Hastings’ Chris Capuano exchanged goals.