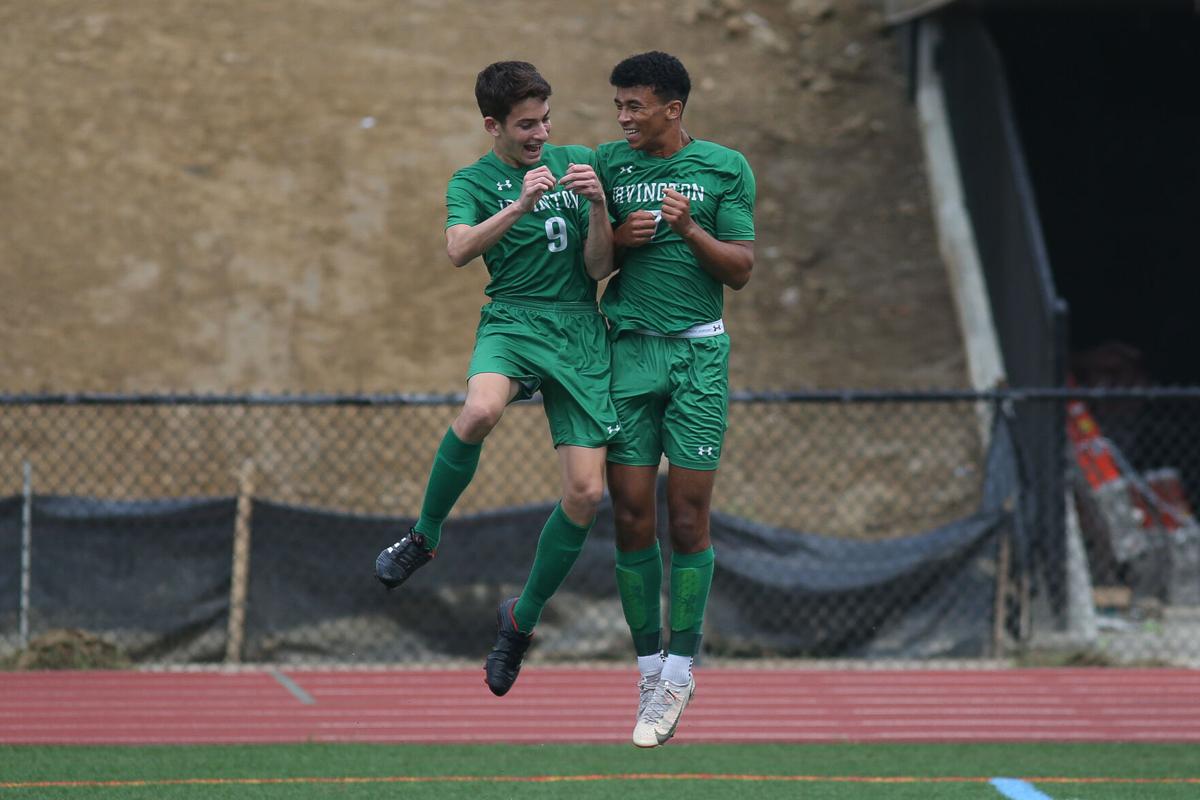 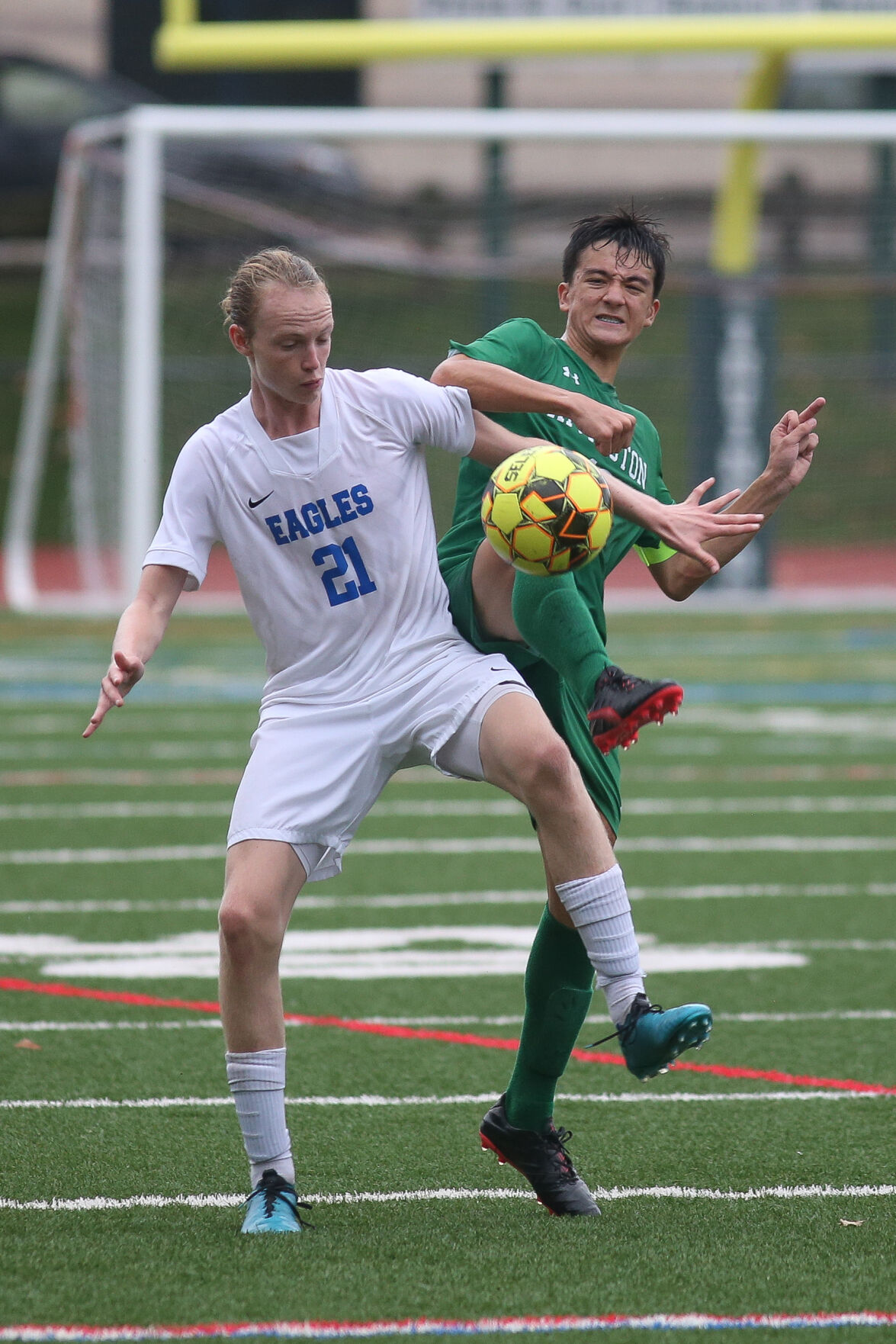 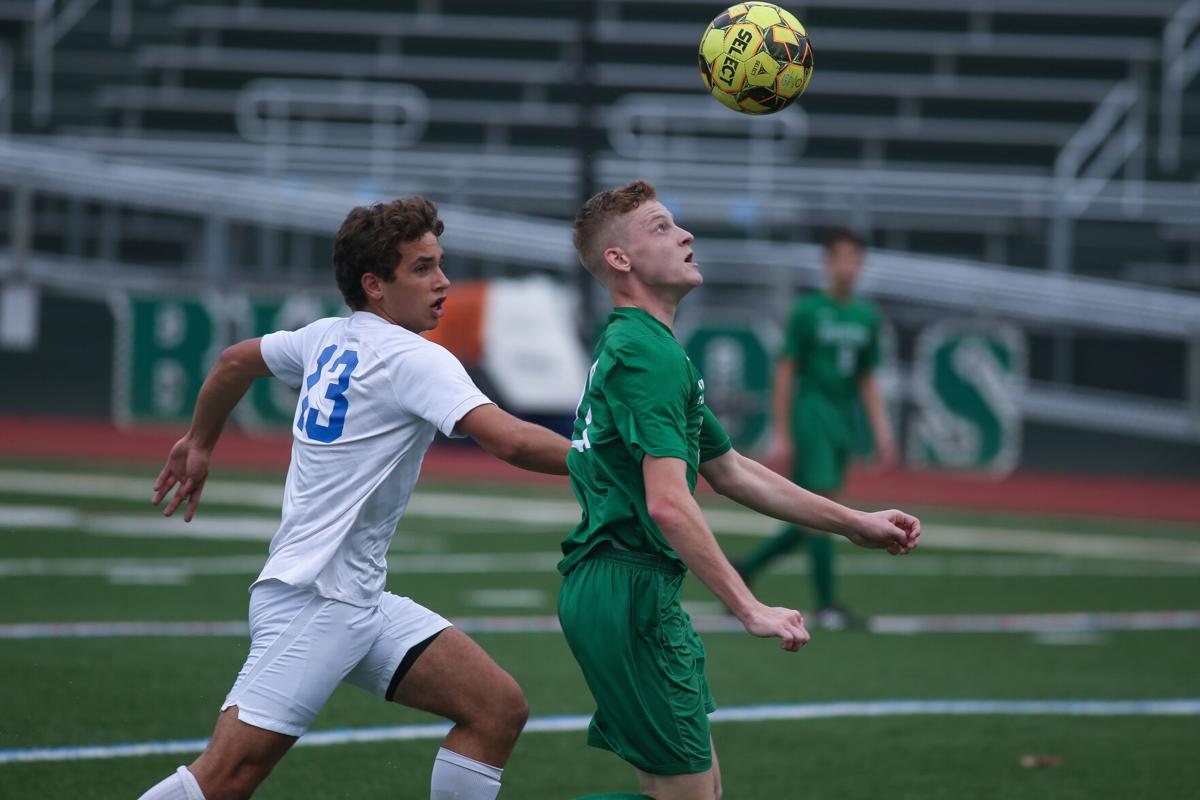 Irvington senior Isaiah Boyles scored a hat trick and added an assist in the Bulldogs’ 6-0 win over visiting Dobbs Ferry on Friday, Sept. 17.

“He’s relentless. The best thing to say about Isaiah is he’s such a good leader,” Irvington coach Bernie Keating said. “He works so hard for the team and never gives up. You can see in a game like this where he plays simple, he almost scores with ease sometimes. It was really impressive.”

Boyles began the scoring less than 10 minutes into the game when he pushed the pace up the left sideline and slid a shot into the right corner past Dobbs Ferry keeper Sam Sellitti for a 1-0 lead. Sydney Monness had the assist.

Midway through the first half, senior Harrison Krieg sent ahead a perfect through ball to Boyles, who knocked the ball loose from a charging Sellitti and it rolled into the net to double the lead.

Brandon Dhanoolal ripped a shot and Boyles was there for the rebound to net his third goal and make it 3-0 with 8:31 left in the first half.

With 4:13 left in the half, Oscar Bowring blasted a shot from 25 yards out to send the Bulldogs into halftime with a 4-0 lead. Boyles notched the assist.

“One of the things we’ve really worked on a lot is playing the best we can every moment we’re on the field,” Keating said. “You have 40 minutes in the first half and try to make the absolute most of those 40 minutes. Not kind of waiting to see how the other team plays; just doing the best we can in a short amount of time."

Santiago Gonzalez and Dhanoolal added second-half goals to close out the scoring. Arjan Delija and Gonzalez had the assists.

Irvington stresses possession soccer over the long-ball philosophy that other Section 1 teams adopt.

“If you look at our players, that’s kind of their strength is passing the ball,” Keating said. “A lot of possession soccer. That’s what we work on all the time and that’s kind of what me and coach Ben (Ovetsky) always try to emphasize to them and obviously they’re very good at it. That’s their game.”

Bulldogs goalie Miles Demarest made five saves while the Sellitti stopped nine shots for the Eagles.

“Charlie (Miles) and Xavier (Canfin), our two center backs, are very strong,” Keating said of his defense. “And we’re working on those wing backs but they’re making progress too.”

Boyles added two more goals for nine on the season in a 2-1 win over host Albertus Magnus on Sept. 21. Bowring and Devin Topman assisted on Boyles’ goals. Liam Sawian made three saves.

The experienced Bulldogs, who have 12 seniors on the roster, have some long-term goals that Keating doesn’t want to share with the public just yet.

“The team and the coaches believe that we should be able to compete with anyone we play,” Keating said. “We want to go into it saying we want to play a good game against every team and see how we do. We don’t want to have a single game we go into where we feel like we’re overmatched or we don’t give our best.”

Ardsley jumped out to a 3-0 halftime lead and posted a 4-0 shutout win over host Harrison on Sept. 18. Noah Segall led the Panthers with two goals while Pierce Dillon and Paolo Brinas added a goal apiece. Dillon added an assist while Issei Nakamura and Matt Cardozo also set up goals.

Byram Hills scored 40 seconds into overtime to hand Ardsley a 1-0 defeat on Sept. 20. Sebastian Lund made 10 saves to keep the Panthers afloat.

Hastings wins one and loses two

Hastings fell to Bronxville 2-0 on Sept. 17, and then rebounded the next day with a 3-2 victory over Scarsdale B.

In the win over Scarsdale, Camilo Granada-Cassio, Gil Zion, and Zeke Manly tallied one goal each. Zion, Manly, and Manny Iglesias had assists.

Felipe Iglesias stopped six shots in the loss to the Broncos.

The Yellow Jackets lost to Edgemont 4-1 on Sept. 21 with Granada-Cassio scoring the lone goal on a feed from Manly.