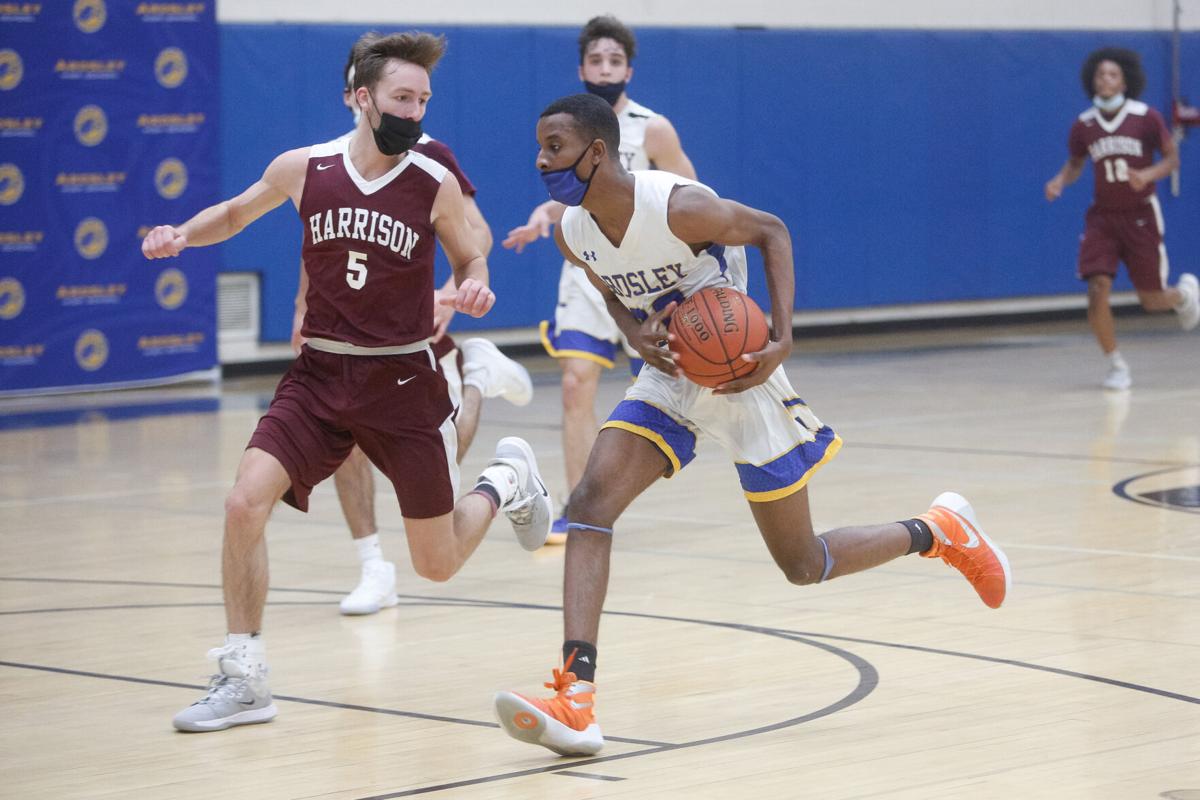 Ardsley's Nate McFarlane drives to the basket against Harrison. 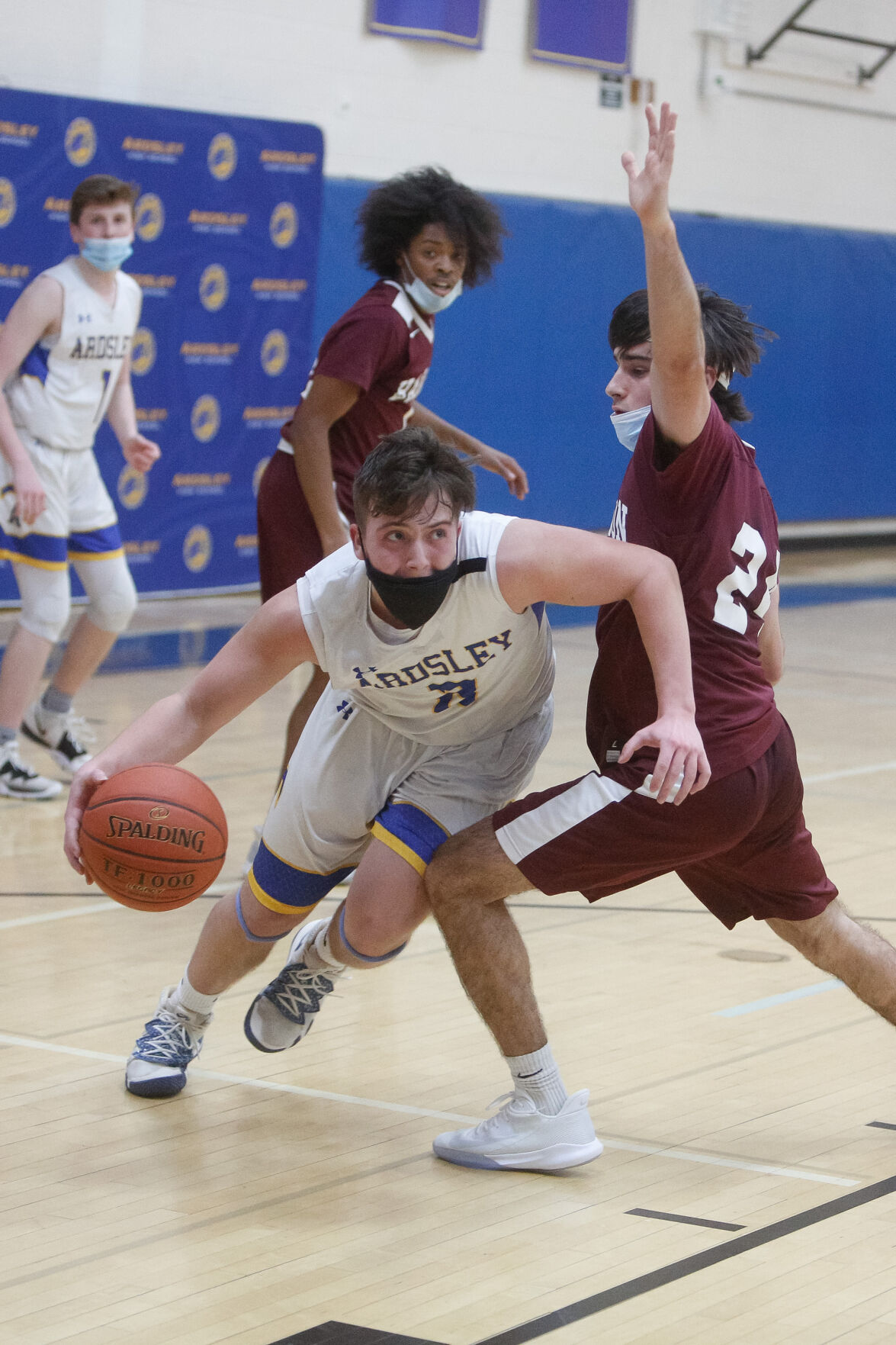 Ardsley's Ryan Watson attempts to beat a Harrison defender off the dribble. 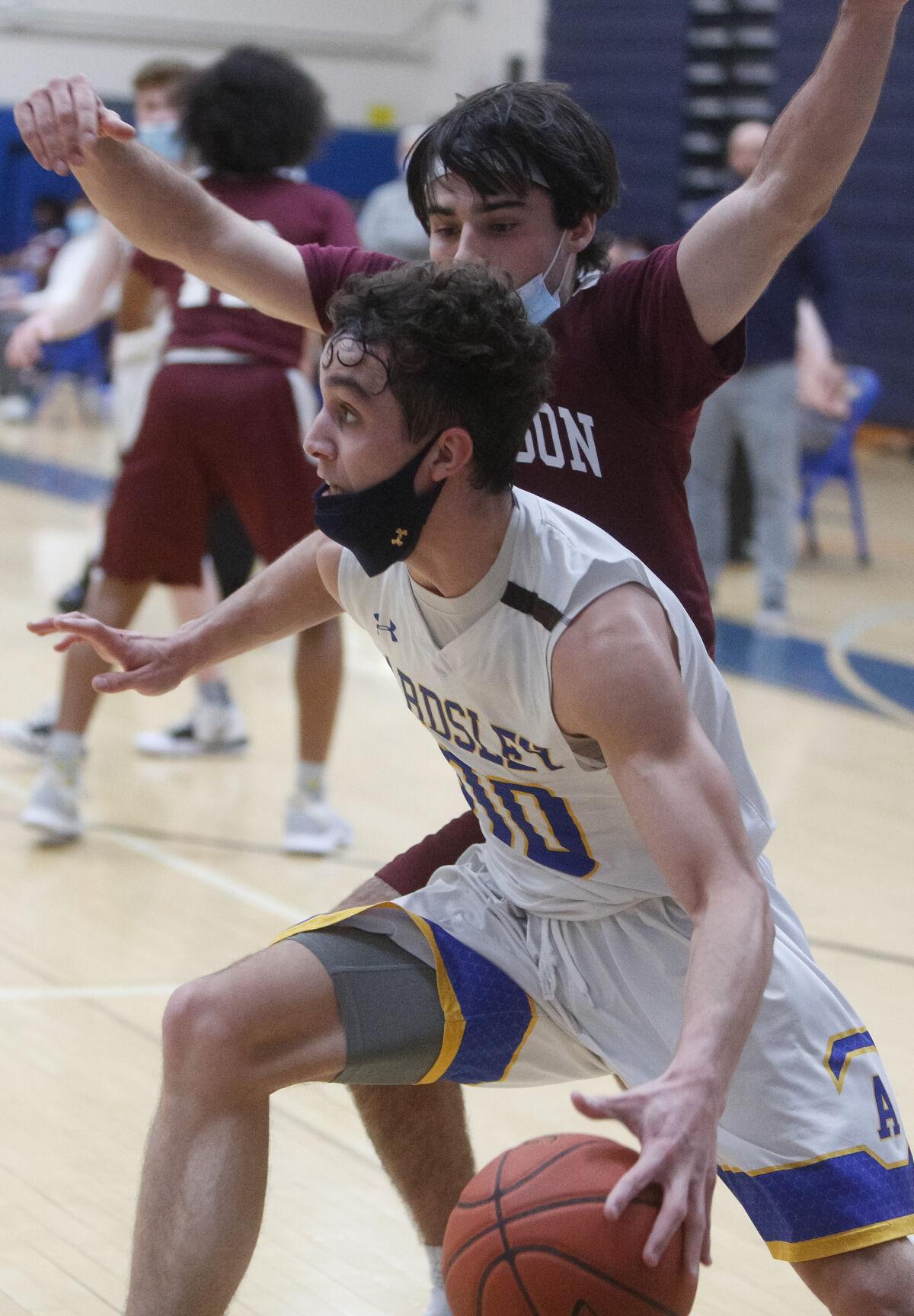 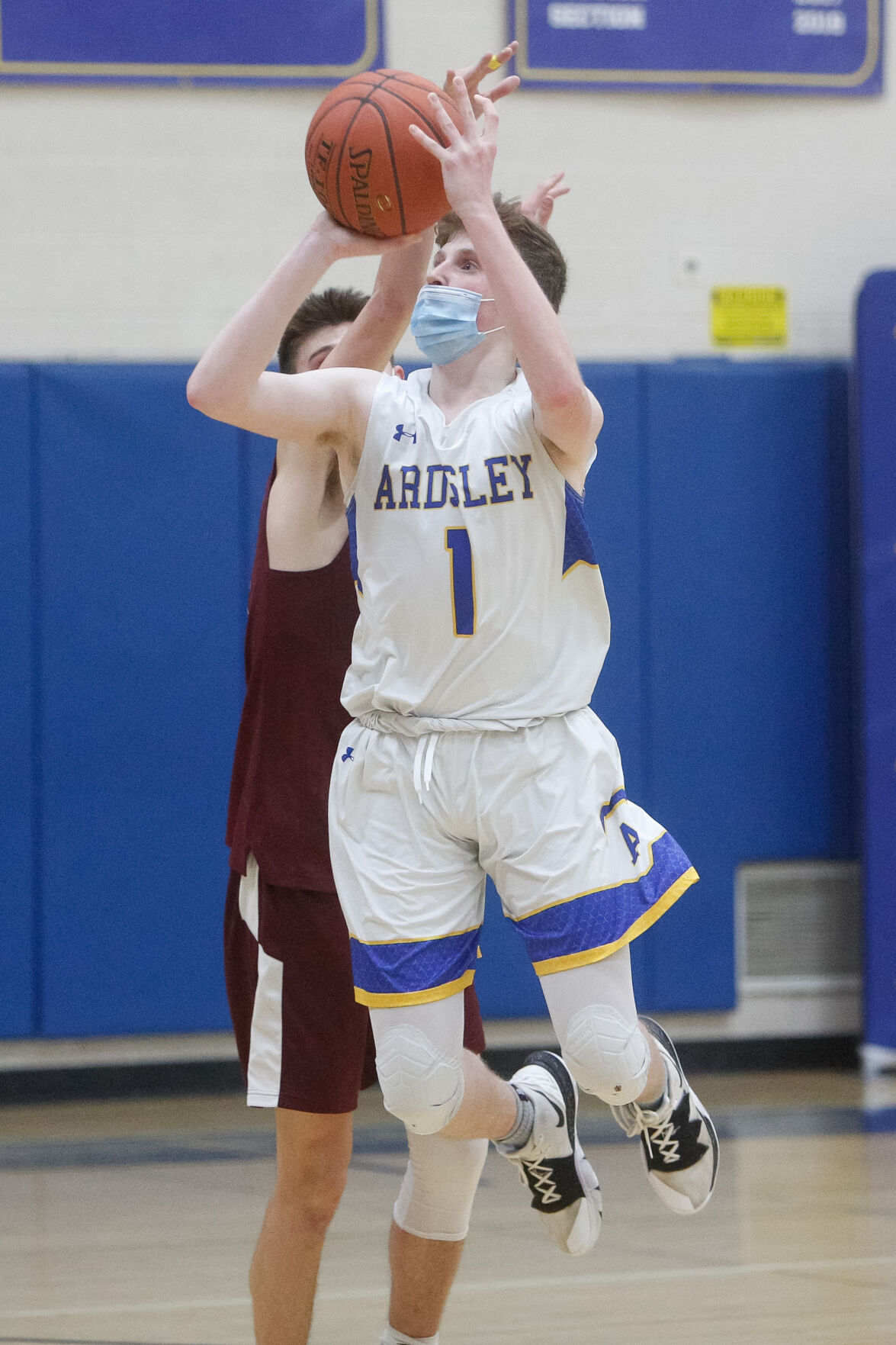 Ardsley's Jackson Garcia leans in for a shot attempt against Harrison.

Ardsley's Nate McFarlane drives to the basket against Harrison.

Ardsley's Ryan Watson attempts to beat a Harrison defender off the dribble.

Ardsley's Jackson Garcia leans in for a shot attempt against Harrison.

Bronxville used a big third quarter to break open a close game with host Ardsley on March 4. The Broncos improved to 7-1 on the season with a 57-44 win.

Ardsley was in the game at the intermission, trailing 29-27, but the visitors outscored the home team 19-8 in the third stanza to take a 48-35 advantage into the game’s final 8 minutes.

The host Panthers’ pressure defense forced Bronxville into numerous first-half turnovers that Ardsley converted into points as they stayed close on the scoreboard.

The Broncos scored the first six points of the afternoon, but Ardsley battled back and trailed 15-12 after one period. Less than 2 minutes into the second quarter, a Nate McFarlane 10-foot jumper gave the home team their first lead of the day at 17-16.

The teams traded blows for several minutes before a trey by Jackson Garcia and a bucket off of a forced turnover gave Ardsley their largest lead of the day at 27-24 with 1:39 left in the half.

Bronxville, though, scored the half’s final five points to take a 29-27 lead at the intermission.

The second half was a different ball game as Bronxville countered Ardsley’s pressure, picked up their ball movement on offense, and used their height and girth advantage to dominate the backboards at both ends of the floor.

Meanwhile, the Panthers began to struggle on defense, allowing wide-open looks at the basket for the Broncos.

The Panthers were also hampered by an injury to Miles Cooperman.

“Miles going down hurt us a lot,” Ardsley head coach Sean Cappiello said. “He does a lot for us in terms of setting us up and putting us in the right spots.”

The Panthers wrapped up the regular season with a 51-48 loss to visiting Harrison on March 9. The Huskies’ Reece Mullahy banked in a long three-point shot from a step over midcourt as time expired to give the visitors the win.

Garcia’s runner in the lane with less than 10 seconds remaining bounded out with Harrison gaining the rebounding and setting up Mullahy for his game-winning shot.

Harrison led 28-24 at the intermission in a high-tempo game.

Over the final two quarters, the lead changed hands six times and the game was tied on three occasions.

Ardsley fell behind 11-4 midway through the first quarter and trailed 16-9 heading into the second period. Garcia and Watson combined for 13 of the Panthers’ 15 second-stanza points as the home team closed to within four points at the half.

The loss sent Ardsley into the postseason with a 7-5 record.

Ardsley 66, Rye 62 (OT): Jaime Rifas hit the game-winning three-point shot late in the overtime period to lift host Ardsley to the win over Rye on March 5.

Ardsley led 44-33 after three quarters and watched the visiting Garnets storm back to tie the game at 58-58 and send it into extra time.