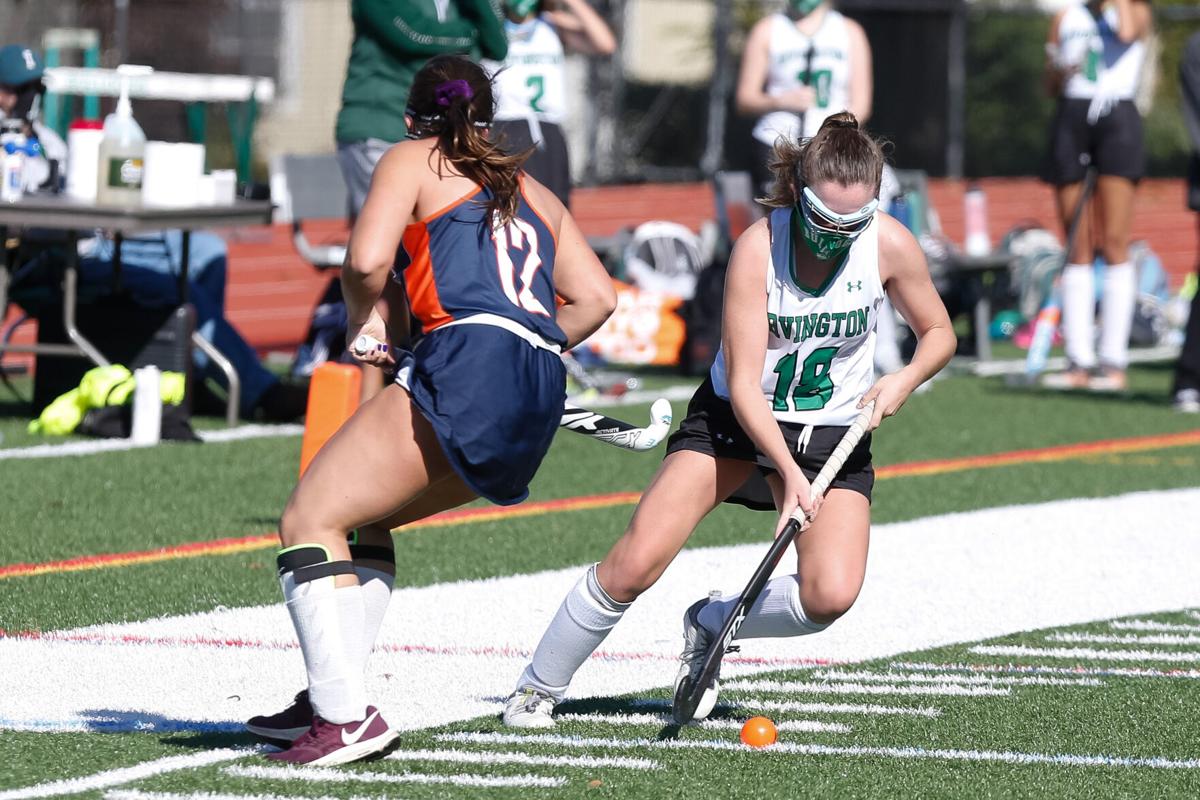 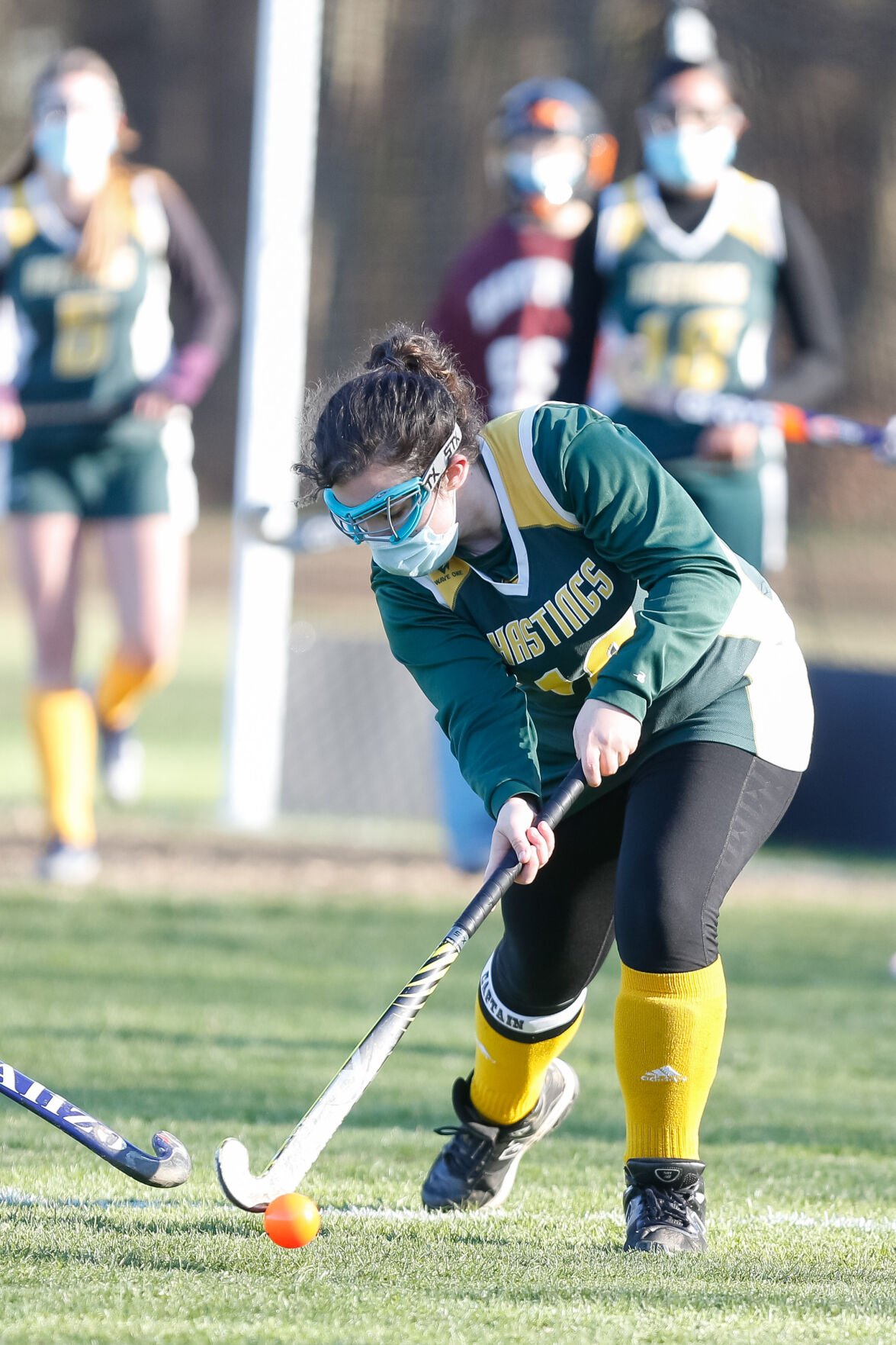 Caroline Anderson, Hastings – The senior sweeper held the Jackets’ defense together. Anderson has a good read on the field and was able to stop breakaways that escaped midfielders and defenders.

Claire Brady, Irvington – A sophomore attack player, she is a playmaker who starts scoring drives by bringing the ball down the sideline and sending it across the goal to give her teammates an opportunity to score. Also, a key part of the Bulldogs’ offensive corners.

Lexy Downes, Irvington – This junior left middie was an integral part of both the Bulldogs’ midfield and defensive corners. She also holds the key position of flyer, going out to disrupt the opponent’s offensive corners.

Kate Hanna, Irvington – A senior co-captain and three-year starter, this center-mid was the quarterback of the Bulldogs, a steady leader both on and off the field. Hanna’s leadership and play will be missed next year.

Katharine Kunze, Hastings – This senior stepped up as center-forward this year and had many goals for her Yellow Jackets. A very quiet player, but when she gets the ball, she's able to move it goalward.

Emma Leddy, Hastings – Only a sophomore, Leddy is a strong center-defender. Skilled at blocks, she would help keep the ball down in the attacking end of the field.

Benna McDermott, Hastings – A senior center-mid who helped bring the ball down the field many times every game to help the Jackets transition to attack.

Kayla Mizrachi, Irvington – Another three-year starter and co-captain for the Bulldogs, she stepped up to play goalie after her freshman season.  She worked hard and dedicated her time to learning the position and recorded six shutouts this year, giving up only 11 goals in 14 games. Mizrachi’s play kept Irvington in games this year and she will be missed next year.

Danny Stassa, Irvington – A junior center-defender, she was a contributing member on both the Bulldogs’ offensive and defensive corners. An extremely reliable player who never gets rattled; a pillar of the defense.

Hannah Tuckett, Irvington – This all-purpose and very talented junior midfielder led by her play on the field. An integral part of the Bulldogs’ transition game, as well as the offense and defense.

Eva Waguespack, Irvington – An steady and consistent defender, this junior was  the Bulldogs’ “rock” on defense.

Naomi van Hoogstraten, Hastings – This senior left forward possessed the strongest reverse dribble on the team. She worked really well with (junior) Celia Silverstein, who was the left-mid.