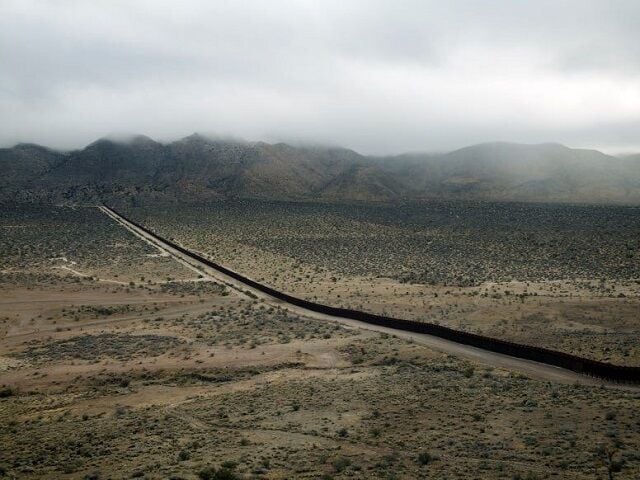 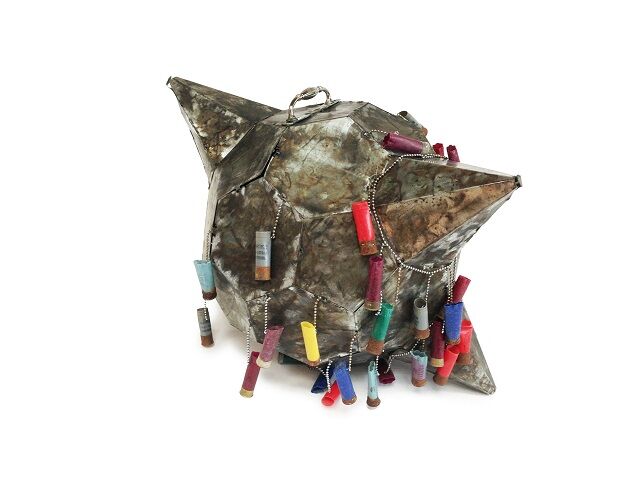 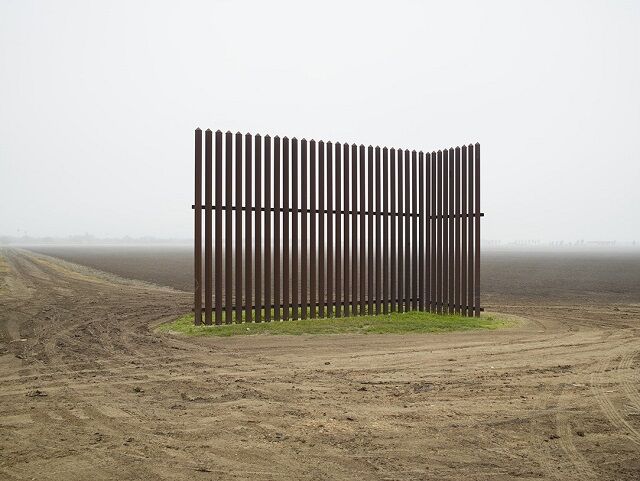 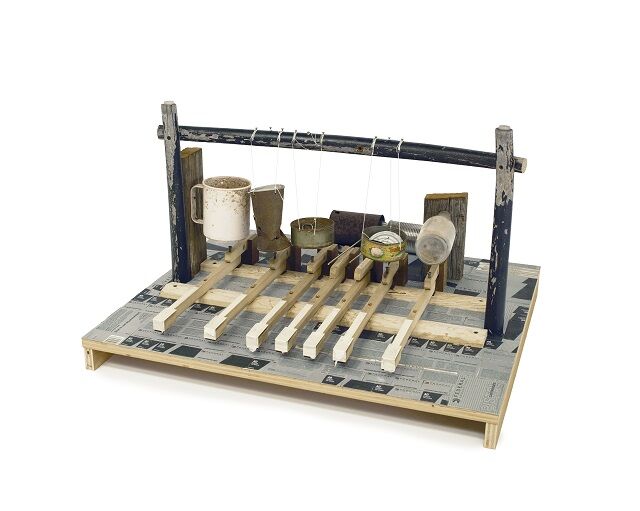 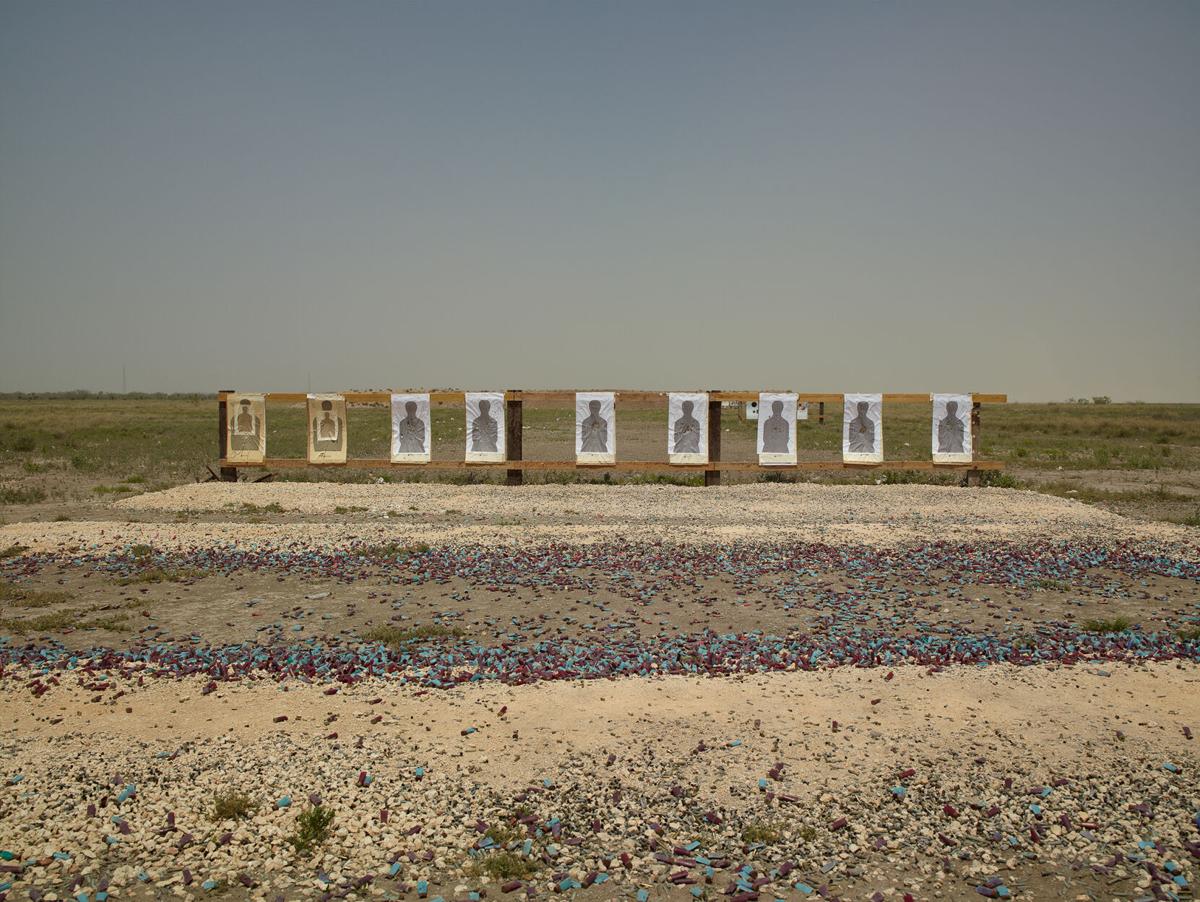 “Border Cantos/Sonic Border,” a multi-sensory exhibition featuring the collaboration between photographer Richard Misrach and sculptor and composer Guillermo Galindo, presents a haunting view of the complex issues along the U.S./Mexico border.

The exhibition, presented in English and Spanish, will be on view at the Hudson River Museum beginning today (Feb. 12) and continuing through May 9.

Concurrently, the museum will present a series of virtual discussions about topics the border straddles, including migration, identity, and the wall. The first, “Collaborators in Conversation: Richard Misrach and Guillermo Galindo,” is scheduled for Feb. 21 at 2 p.m. Galindo will perform on March 20 at 6 p.m.

“Migration is a topic that resonates deeply in our community and this exhibition will cross boundaries in many ways,” museum director and CEO Masha Turchinsky said in a prepared statement. “Using the language of art, Richard Misrach and Guillermo Galindo bring a humanitarian perspective to the political debates that surround the subject of immigration today.”

Misrach, 71, is originally from Los Angeles. His work is in the collections of the Museum of Modern Art, Whitney Museum of American Art, Metropolitan Museum of Art, and the National Gallery of Art, Washington, D.C., among others. He is the recipient of numerous fellowships, including four from the National Endowment for the Arts. He has been photographing the desert landscape for more than 40 years.

Galindo, 61, a native of Mexico City, is an experimental composer who works with such concepts as musical form, time perception, music notation, sonic archetypes, and sound-generating devices. His works, including symphonies and operas, have been performed and shown at festivals, concert halls, and art exhibitions throughout the U.S., Latin America, Europe, and Asia.

Both Misrach and Galindo currently live in the Bay Area near San Francisco. This proximity facilitated their “Border Cantos/Sonic Border” alliance, which began a decade ago.

Ten of Misrach’s photographs, all of terrain along the southern border of the U.S., from the Gulf of Mexico to San Diego, are on display. Each photograph captures a touch of humanity — tracks in the sand, a water station, a teddy bear, even a target range where border police practice shooting with firearms.

Eight of Galindo’s one-of-a-kind instruments are on display with their musical sounds filling the gallery, including a metal soccer ball containing plastic shell casings, and a “guitar” made of wood in the form of a life-size effigy, with arms and legs stretched out to the side and copper strings coming from the heart.

Each of Galindo’s pieces was inspired by Misrach’s photographs, and many were made from items Misrach found in the desert, like the shell casings in the metal soccer ball or the discarded clothing that hangs from the effigy.

Both Misrach and Galindo remember the moment they felt they were in step with each other and were meant to partner artistically.

“While I had been photographing landscapes around the U.S./Mexico border since 2004, I didn’t meet G until 2011. We met by chance at a musical pop-up,” Misrach recalled in a phone interview. “The first time he came to my studio, I had giant prints of effigies all around. Sometime later, he surprised me with his instrument, clothed in clothing I had found along the border, modeled after my effigies. He would hit the chest with a hammer for percussion and then take a violin bow across the strings from which he coaxed the most remarkable sound.”

Galindo, who was also on the call, remembered the first trip he made to the border with Misrach.

“I asked Richard what had made him photograph the border, and he said, ‘Because I read Carlos Castaneda.’ And I replied, ‘I read him, too.’ So I knew that it was synchronicity that had brought us together,” Galindo said. “Over the years, everything changes, and our conversations, our dialogue grew as the project grew. I am proud of what we did. It is not static. ”

Galindo’s music was influenced by the pre-Columbian belief that “everything that surrounds you is part of the ecosystem of your life. And everything you touch produces a sound. And sounds are in those things which people brought across the border — wet pages from a children’s Bible — and each one is loaded with imaginary stories.”

“This exhibition runs the gamut,” said Laura Vookles, chair of the museum’s curatorial department. “There is the beauty of the desert as well as the heartbreaking image of a discarded teddy bear. Misrach didn’t intend to be on a soapbox about migration with these images, but you do realize, with your own eyes, how life-threateningly difficult the journey is, and [that] it wouldn’t be made if staying where you were was an option.”

To demonstrate the intent of the artists and their work, Vookles cited a quote placed on the wall near the end of the exhibition: “We’re artists; we’re not politicians. We want to give the people the experience of the border, and to get acquainted with the immigrants’ journey. To make it palpable. To make it human.”

The exhibition includes a participatory section in which visitors are invited to share their own stories about where they and their ancestors came from and how they came.

“Border Cantos/Sonic Border” was organized by the Crystal Bridges Museum of American Art in Bentonville, Ark.

The Hudson River Museum is located at 511 Warburton Ave., Yonkers. For hours of operation, safety protocols, programs, and to purchase tickets, visit www.hrm.org.