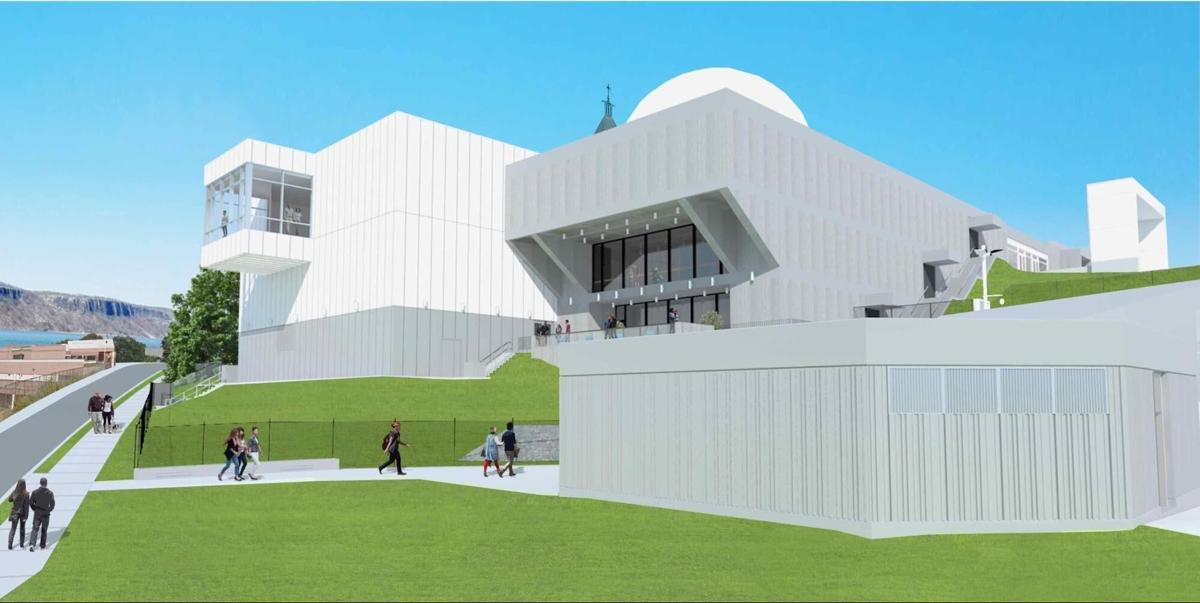 The future western façade of the museum 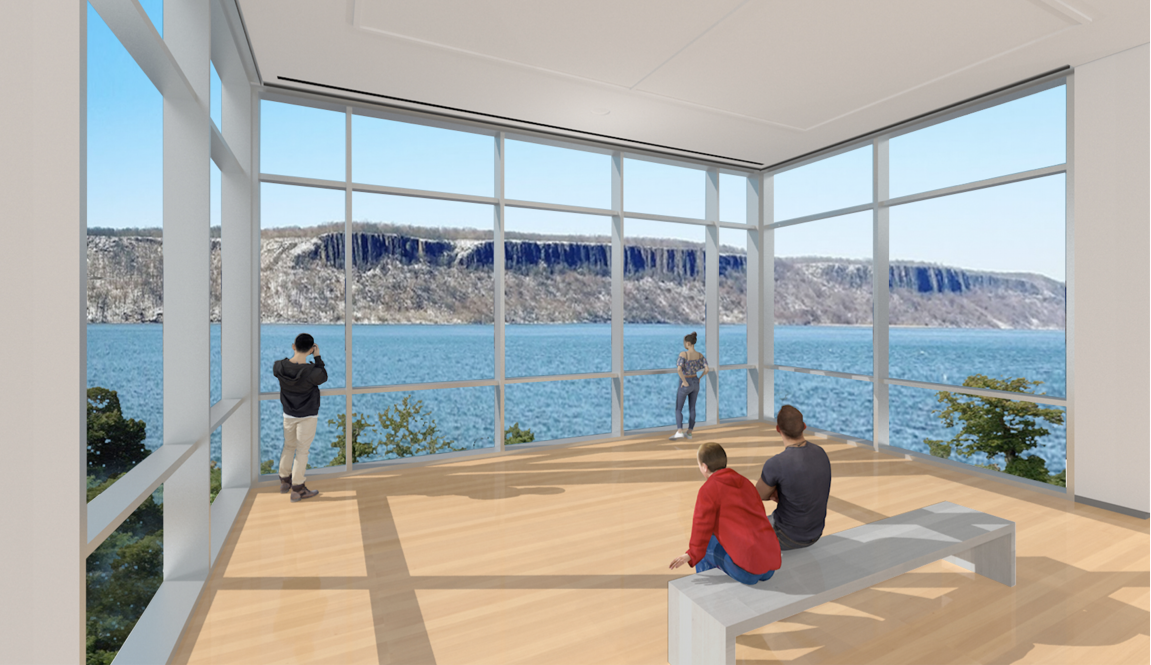 The future view from the overlook inside the special exhibitions gallery

The future western façade of the museum

The future view from the overlook inside the special exhibitions gallery

The sundrenched scene looked straight out of a painting titled “Palisades in Autumn,” except for the line of Hudson River Museum leaders and area politicians wielding ceremonial shovels. They gathered outside the museum on Nov. 18 to celebrate the groundbreaking for the museum’s west wing addition, part of a $12.8 million capital improvement project slated for completion in mid-2022. Westchester County, the City of Yonkers, and New York State are funding the project.

The new wing, designed by the Manhattan architectural firm Archimuse, will be punctuated with windows that will allow visitors to commune with art and with the museum’s views of the Hudson River and the Palisades.

The addition will also expand the museum’s total square footage to 52,000 square feet from the existing 40,000. It will include a tiered theater that will seat 100 people, plus about 4,800 square feet of new exhibition space, according to executive director Masha Turchinsky. This includes a new 3,400-square-foot special exhibitions gallery, an 800-square-foot sculpture court, and a 600-square-foot community gallery.

“With the addition of new dedicated exhibition galleries, the museum will be able to share more of its permanent collection in the existing galleries that are currently devoted to special exhibitions,” Turchinsky said on Nov. 17.

The museum has approximately 18,000 objects in its collection, including paintings, sculptures, works on paper, photographs, decorative arts, costumes, textiles, graphic design, historical objects, and ephemera. It also owns a collection of documentary photography and archival materials.

“Until this point, the museum has only been able to share approximately 1 percent of the permanent collection at any given time,” Turchinsky said. With the new wing, “the museum will periodically rotate a selection of our collection, with new opportunities for partnerships and collaborations.”

The new spaces have been designed to be flexible. “We envision not only large solo or group exhibitions, but also the opportunity to juxtapose two exhibitions, or artists working in different disciplines,” Turchinsky said. The wing will also include a dedicated gallery for local and emerging artists, including work by artists-in-residence, community collaborations, or partnerships with schools.

Archimuse has worked with the Knoxville Museum of Art in Tennessee, the Wadsworth Atheneum in Hartford, Conn. and the New-York Historical Society in Manhattan, and in Pennsylvania’s Carnegie Museum of Art (Pittsburgh), Oakes Museum of Natural History (Mechanicsburg), and Phillips Museum of Art (Lancaster).

The HRM was founded in 1919 as the Yonkers Museum of Sciences and Arts, and was originally located in Yonkers City Hall. In 1924, the City moved the museum to the Gilded Age mansion on Warburton Avenue known as “Glenview,” after buying it from the family of the late financier John Bond Trevor. In 1948, it changed its name to the Hudson River Museum of Yonkers. In 1956, amid growing public interest in astronomy, the museum installed its first planetarium in Glenview’s dining room.

In 1969, HRM built a modern, Brutalist-style concrete structure in front of Glenview to house the art galleries, the planetarium, and educational facilities. The Archimuse addition is the culmination of a master plan that HRM began in 2002, when the entrance and lobby were renovated, a new education center was created, and a 400-seat outdoor amphitheater was built. That was HRM’s first significant expansion since the 1969 project.

Glenview has had its own story of rebirth. When it housed the entire museum, exhibition galleries were installed on the ground floor, obscuring the Arts & Crafts detailing of the mansion’s interior. But with the addition of 15,000 square feet of gallery space in the Brutalist building, HRM began curating Victorian-era arts and decoration in Glenview. In 1999 the museum unveiled a major restoration of Glenview, now a permanent showcase of domestic design typifying the opulent lifestyle of the moneyed merchant princes of Westchester.

Upkeep never really ends for a structure built in 1877, so the current capital project includes money for more restoration of Glenview. It also includes a new roof for the 1969 building, and for infrastructure upgrades for the entire institution in areas such as climate control and storage.

“For proper safekeeping of art, it is not enough to simply regulate temperature,” Turchinsky explained. “For example, museums are also mindful of conditions such as the relative humidity in the air. Modern climate control systems designed for our galleries and storage areas will allow for precise regulation of the humidity to avoid wide fluctuations.”

Turchinsky said that when museums ask to borrow art from a peer institution, the lender requires information about the climate systems in place.

The project will also include a new storage area with racks for paintings and up-to-date cabinetry, and shelving for photos and print boxes, decorative arts, sculpture, and costumes.

“The storage area will allow for the incorporation of the museum’s costume collection, previously stored in Glenview Mansion,” Turchinsky said. “Textiles are very much in need of constant climate control to protect them from the elements, including moisture or mold.”

The museum will remain open during construction.