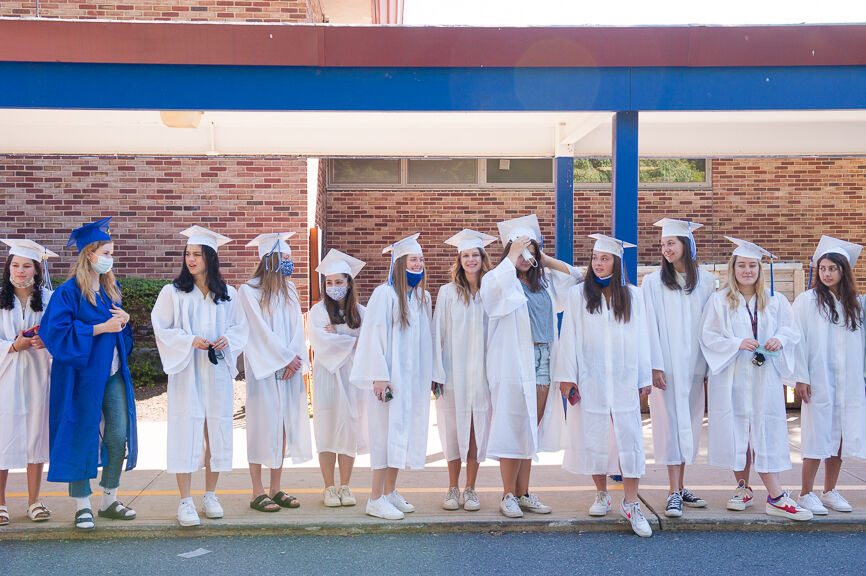 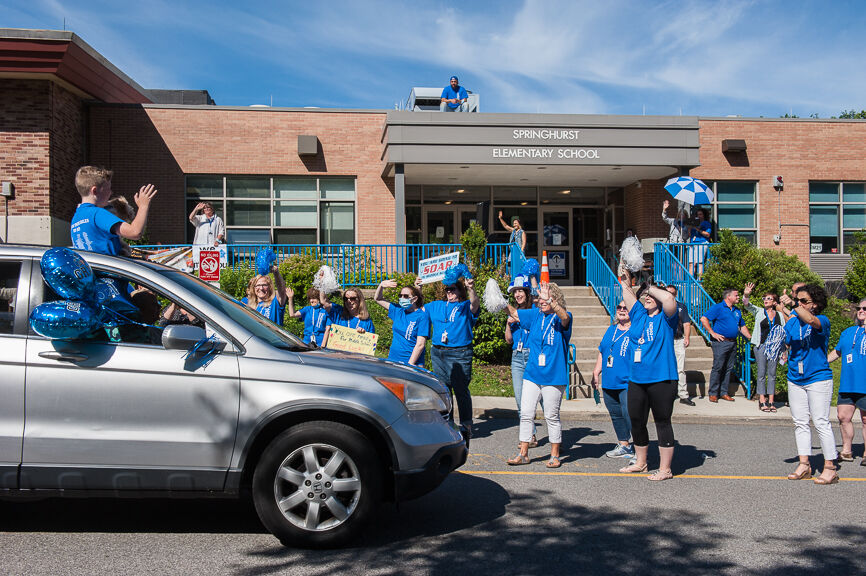 Last June, there was no senior walk at Springhurst Elementary School in Dobbs Ferry, during which soon-to-be high school graduates in their caps and gowns parade through hallways lined with kindergarten through fifth graders. Due to the pandemic, all school buildings were closed.

Last month, on June 17, the walk was back, but outside. Instead of hallways, the seniors circled the school as the elementary schoolers lined paths and parking lots. The scene was almost pre-pandemic (as pictured above).

Seven days later, a similar scene unfolded outside Springhurst. Instead of high schoolers on foot, however, fifth-graders in cars circled the school as staff and fellow students cheered on June 24. The sendoff celebrated the fifth graders’ move to middle school in the fall.

Last June, car parades were held in all of the Rivertowns, and for students at all levels. Last month, there were far fewer. In addition to Springhurst, Hastings and Irvington high schools held car parades for their seniors. In Irvington, the caravan started at the school and ended at Scenic Hudson Park, followed by the commencement.

Of all the pandemic adaptations, car parades are among the few worth continuing, if only for high school seniors. The processions provide a thrill for the students and for those who line the streets to celebrate their milestone.

Nothing, however, compares to the thrill of commencement ceremonies. This year, the graduations were almost normal, aside from the absence of an audience in Irvington, a limited audience in Ardsley, and a safe distance between the audiences and graduates in Dobbs Ferry and Hastings. That distance disappeared, however, after the cap toss.