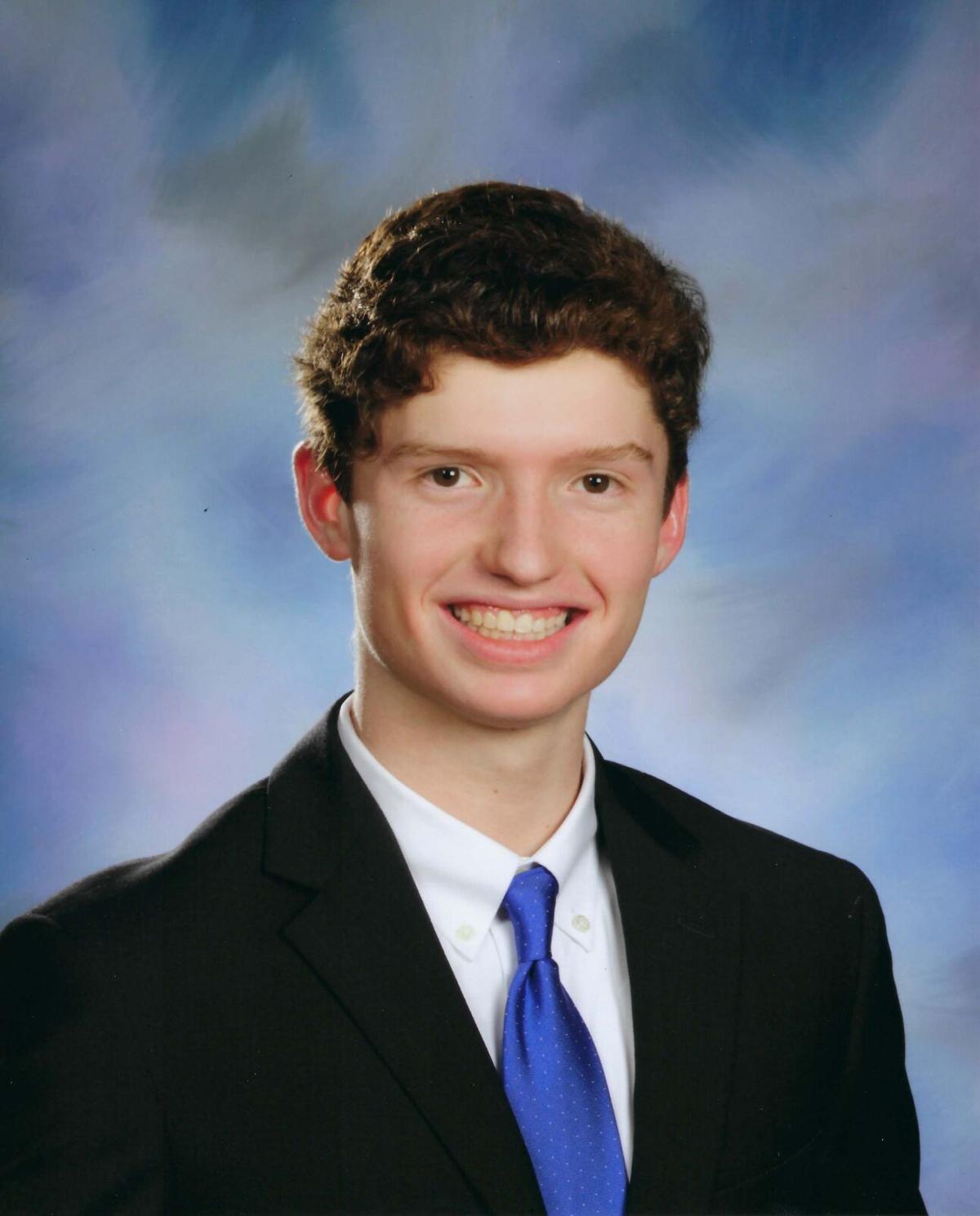 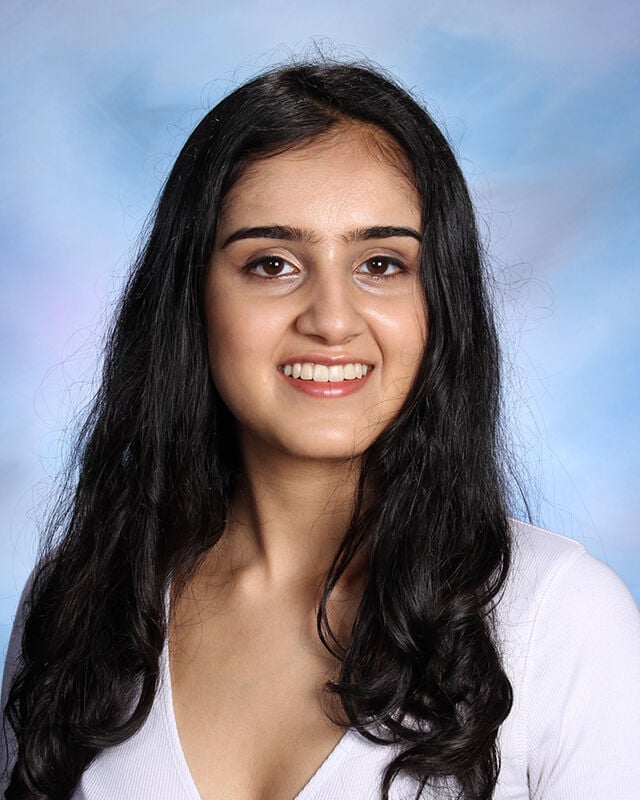 Irvington High School’s Class of 2021 will hear from two valedictorians during their commencement on June 19. Esha Shenoy and Henry Demarest are sharing the title, a situation IHS Principal Juliet Gevargis-Mizimakoski called “unique.”

“Each year we pull the seven-semester weighted grade-point averages mid-senior year to identify the valedictorian and salutatorian,” she explained. “And this year there was a tie for valedictorian. Hence we have co-valedictorians and no salutatorian.”

Traditionally, the valedictorian and salutatorian each delivers a speech at commencement.

Shenoy is the daughter of Rajesh and Sheeta Shenoy, and has an older brother, Jay. She has lived in Irvington since she was an infant.

In an interview on May 18, Shenoy described an array of interests in science and technology. A member of the Science Research program at IHS, she was selected for a two-year research mentorship at Regeneron Corp., the biotech firm in Tarrytown. “I did a project on the correlation of obesity and Covid-19 fatality rates,” she said. “When I presented my research at the Junior Science and Humanities Symposium in February of this year... I placed first in the category of medicine and health.”

She is also president and captain of the high school’s Academic Challenge team, which competes against other schools in a quiz bowl format, answering questions ranging from science to pop culture. “We compete across New York” she said. “Our team qualified for the national championships this year, and in 2019 we placed second in the nation.” This year’s competition will be held virtually next month.

Shenoy enjoys making videos and digital animation, which she used to create a video on curing peanut allergies for the “Breakthrough Junior” competition. In this international contest, students ages 13-18 are challenged to create an original video of 3 minutes or less that explains a difficult scientific concept. “My video placed in the top 5 percent of applicants internationally,” she said.

At school, Shenoy is president of the IHS Science Olympiad Team, which this year qualified for the state competition for the first time. She was also the recipient in 2018 of an Irvington Education Foundation grant, for a first aid app she created to teach basic lifesaving skills.

Shenoy will study health sciences at Rice University this fall. Asked what she sees herself doing in 10 years, she said, “I want to do something that leaves an impact on others. I’m very passionate about scientific research and healthcare policy — how to effect life change in that sector.”

When not in the lab or at the computer, Shenoy is likely to be found in the kitchen. “I’ve been an avid baker since I was 4,” she said. On her Instagram page, @esha_creates, she showcases her luxurious desserts, such as pear galette and black bean brownies.

“Going to Irvington has been a blessing,” she concluded. “I’m really grateful for everyone.”

Demarest also has a flair for science and technology but is an admirer of the humanities as well.

A resident of the Tarrytown section of the Irvington School District since early childhood, he is the son of Melissa and Russell Demarest. His brother, Miles, is a sophomore at IHS.

This year, he was a finalist in the National Merit Scholars competition, reached semifinalist level in the Presidential Scholars program, and competed in the International Science and Engineering Fair after winning first place in the computer science category at the state level.

He is an avid member of the Robotics Club. “We participate in the FIRST Robotics Competition,” he said. “Every year we build a large 4-foot-tall robot to compete. I was head programmer, and this year team captain. That’s been a really amazing experience.”

Demarest is also president of the IHS chapter of the National Honor Society, participated in the Science Olympiad, Academic Challenge, and  Model U.N., and is consul of the IHS Latin Club. “That’s like the co-president,” he explained. He studies both Latin and Spanish, and remarked that studying both has been “an interesting experience, to see how the language evolved.” He calls his Latin studies “a great experience. You get to learn the language and the history and to be able to read something someone wrote 2,000 years ago. That’s very interesting.”

Demarest participated in both indoor and outdoor track and cross country throughout high school, plays the viola in the school orchestra, and also plays piano. In the fall, he heads to Yale, where he plans to study mechanical engineering. He’s not sure where his studies will lead. “Possibly in robotics. I’m interested in space, so potentially the aerospace industry.”

Leaving Irvington is bittersweet. “I’ll miss a lot of it, but hopefully it will all be good,” he said. “I’ve pretty much loved everyone I’ve encountered in Irvington.”