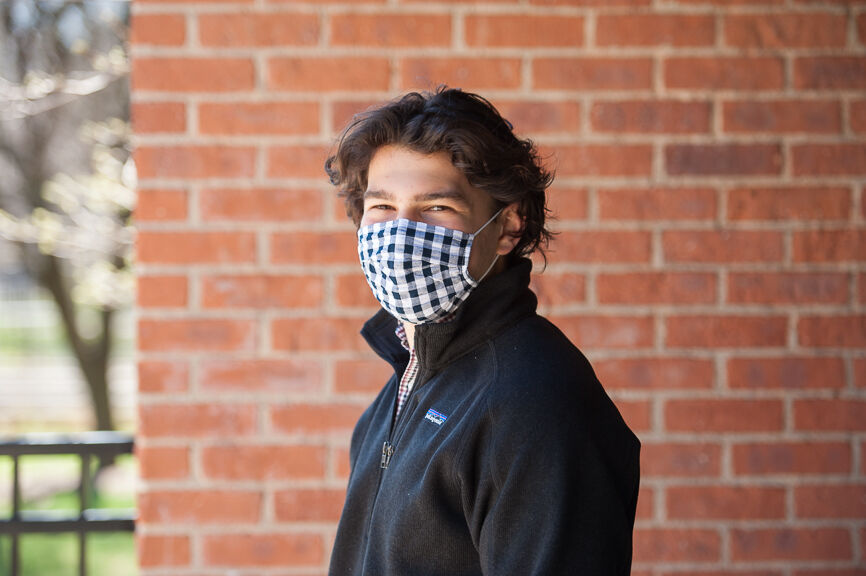 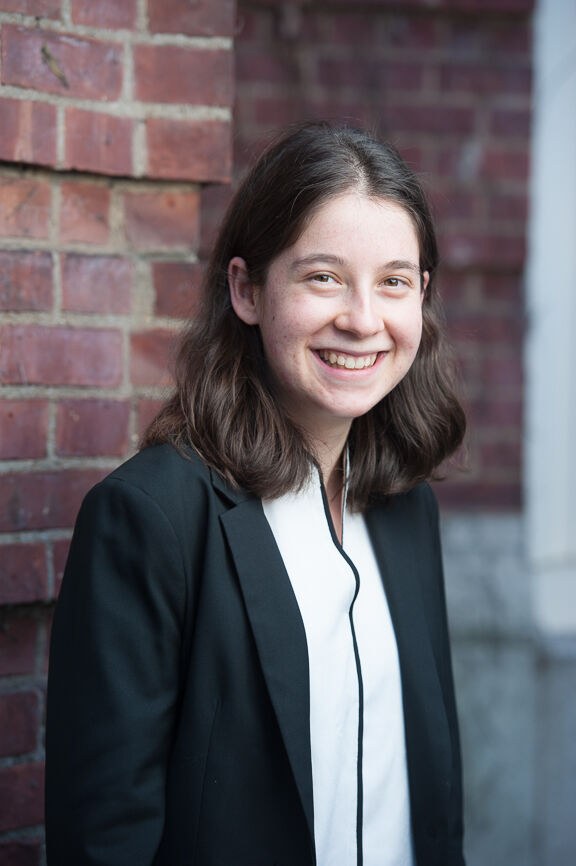 Kaylee Oppenheimer and Bryce Jacobs, both members of Melissa Shandroff’s Science Research class at Hastings High School, were named finalists at the Westchester Science and Engineering Fair (WESEF) virtual awards ceremony on March 23. They each received a $400 prize and the chance to compete against the best research students from around the world at the International Science and Engineering Fair (ISEF), which will be held virtually from May 16-21.

Known as “the Olympics of Science Fairs,” ISEF is sponsored by Tarrytown-based Regeneron Pharmaceuticals. Twenty-one students from Westchester high schools advanced from WESEF to ISEF this year.

“I am so proud of Kaylee and Bryce, who placed in the top 20 out of 543 projects at the Regeneron Science and Engineering Fair,” Shandroff said about the seniors. “Both Kaylee and Bryce displayed an incredible amount of independence in designing and performing their research under the guidance of their mentors. I am thrilled for both of these young scientists as they prepare to compete against students from all over the world at ISEF.”

At WESEF, Jacobs and Oppenheimer won Regeneron first-place gold medals and $125 cash. Jacobs also earned a $50 Expanding Knowledge in Science Award at WESEF, and Oppenheimer earned a $100 “Scientista” Award, which is given annually to two female students who demonstrate a promising future in science.

For his project, Jacobs studied the predatory relationship between the invasive green crab and the indigenous blue mussel in the Gulf of Maine.

“My family and I have always traveled up to Maine every summer, and as a kid I’ve always noticed these crabs all over the place,” Jacobs told the Enterprise on March 29. “But when I went into science research I was interested in why they were so numerous and also what their interest was environmentally.”

The crabs were accidentally transported from Europe and North Africa to the East Coast of the U.S. in cargo ships, beginning around 1821, Jacobs explained. “They are very, very durable,” Jacobs said. “Any environmental condition you throw at them, they survive. That kind of durability is what makes them so effective as an invasive species.”

Working with mentor Brian Beal, a professor of marine ecology at the University of Maine, Jacobs studied the vulnerability of certain shellfish when competing with non-native species.

“There’s definitely serious implications for blue mussels in the future,” Jacobs said, adding that the clam industry has been decimated by predatory species. He said the green crab has become especially prolific in recent decades, due to climate-change-related increases in ocean temperatures.

Outside his scientific interests, Jacobs plays the cello, belongs to the Student Union, and participates in team sports, including soccer, winter track, and baseball.

Oppenheimer’s project was conducted with the mentorship of Regeneron researchers. She was also able to attend virtual classes, where she and other area interns could learn about the state of current pharmaceutical research.

“My mentors let me decide on the direction of my research,” Oppenheimer said. She decided to focus on a disorder called Bainbridge-Ropers syndrome, a neurodevelopmental disorder characterized by problems such as global developmental delays, severe intellectual disability, and feeding difficulties. “There is an enormous amount of urgency, considering this disease is newly recognized,” Oppenheimer said. “We don’t know how long these children will live, because it was only diagnosed as recently as 2013.” Currently, there is no therapeutic product directly dedicated to treating Bainbridge-Ropers syndrome.

Oppenheimer is editor-in-chief of The Buzzer, Hastings High School’s online newspaper. She also recently created a website called “Hastings Course Review,” accessible only to HHS students. It allows students to post informational videos about their experiences in various classes, as an aid to other students deciding which classes they should take. Oppenheimer enjoys rock climbing, both on real mountains and on the climbing board she and her dad built in their backyard.

Several other Hastings High School students garnered special awards at WESEF. They include Aiden Gemme, who won a certificate for outstanding research from the American Psychological Association, and Adam Oppenheimer (Kaylee’s twin), who won a Mu Alpha Theta Award certificate for a project that made outstanding use of mathematics. Sara Makulec and Benna McDermott each received the Stockholm Junior Water Prize for their water science projects; they also shared a $150 prize from the Leason Ellis Team Project Awards. Chloe Caraballo and Naomi Hoogstraten were winners of $25 Critica Behavioral Science Achievement Awards, and Leib Bendersky won a $50 award in the Environmental Sciences category of the Teatown Young Environmentalist Awards. Cayla Ossen-Gutnick and Frederick Muench each received a fourth-place award medallion and a $50 prize from the Westchester Academy of Medicine. Celeste Paerels won a second-place award sponsored by Con Edison, consisting of a silver medal and a $100 prize.

Jasper Lincoln earned a Regeneron First-Place Gold medal in Chemistry, which came with a cash prize of $125, and Adin Dowling also won a Regeneron gold medal and $125 in the Microbiology category.