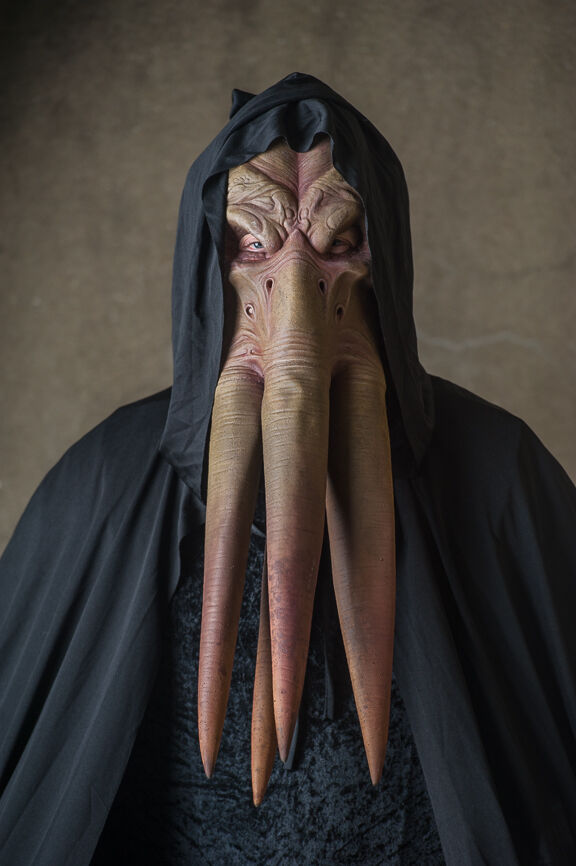 Andy Cannistra as a mind flayer 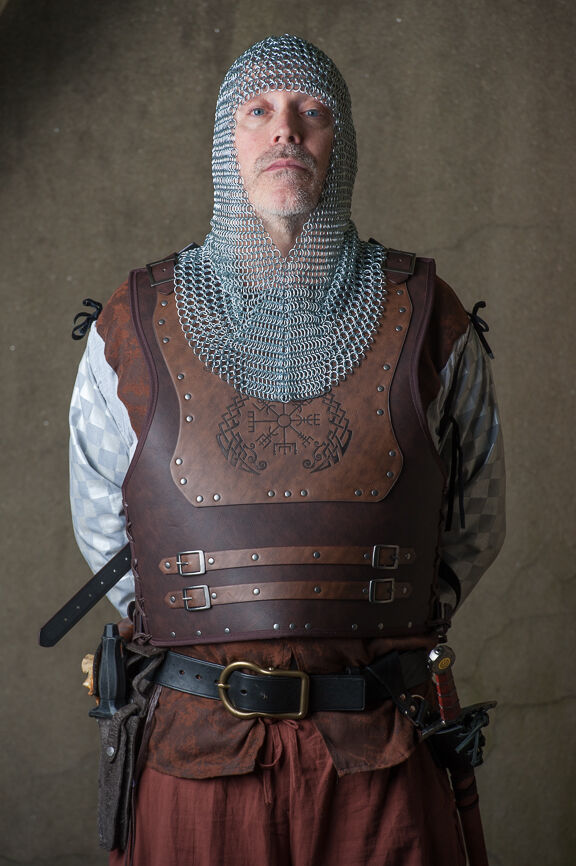 Andy Cannistra as Sergeant Gumley of the Waterdeep City Watch 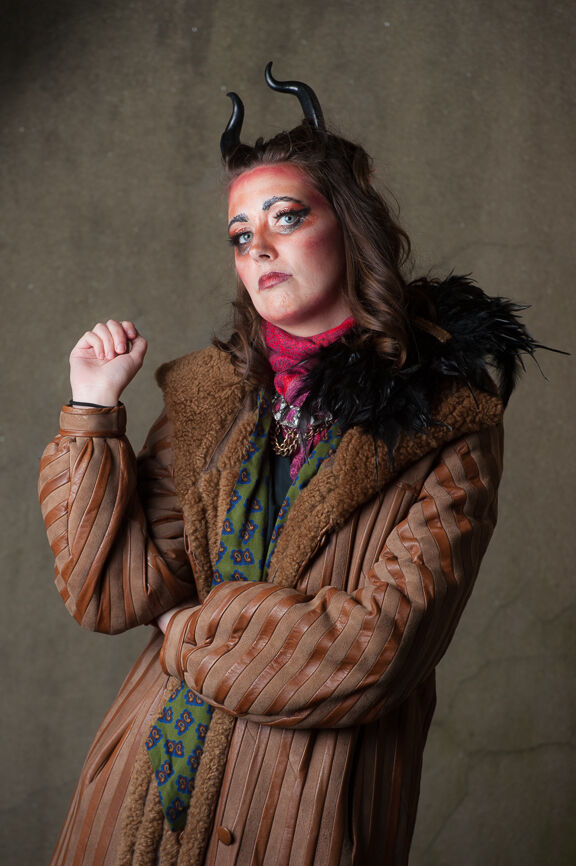 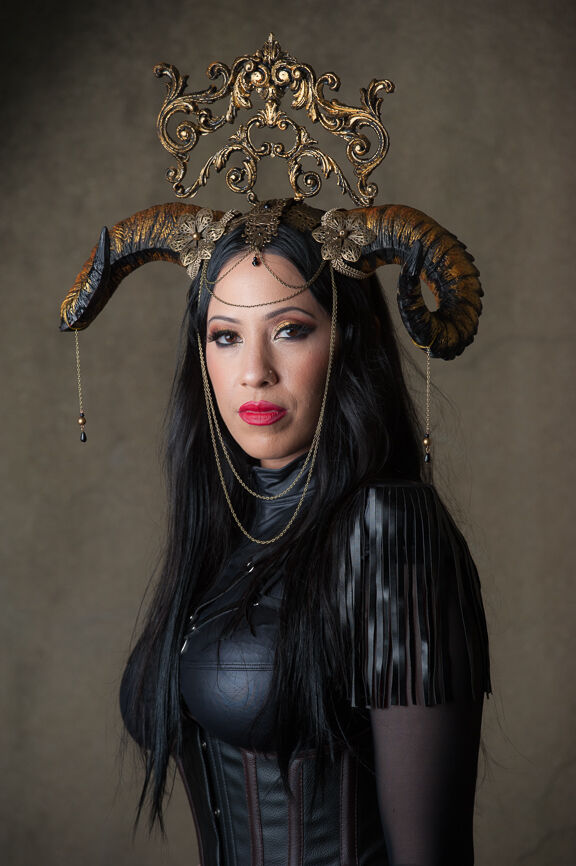 Andy Cannistra as a mind flayer

Andy Cannistra as Sergeant Gumley of the Waterdeep City Watch

With a knight standing guard at the door and players with dice in hand, Antoinette’s Patisserie on Warburton Avenue was transformed last month into the world of Waterdeep, a Dungeons & Dragons gaming experience.

Dungeons & Dragons is a role-playing tabletop game that’s been around for almost 50 years. Players assume personas and act out a storyline, with a dungeon master serving as the guiding hand moving the plot along. During the Covid-19 lockdown, Dungeons & Dragons’ popularity surged.

“I think D&D is having a renaissance because it gives adults permission to play and engage their imagination in a way that can be relaxing and helpful,” said Hastings resident Tal Aviezer, the dungeon master for the event. “We use the muscles of the imagination, and those tend to atrophy as we get older.”

Aviezer, who founded the Red Monkey Theater Group, also wrote “The Passenger,” the adventure for the Antoinette’s gathering. Cast Party is a sister organization to Red Monkey that began when younger members of the group reintroduced Aviezer to Dungeons & Dragons.

The six players ranged in age and in D&D experience, including two first-timers. Their quest that night was to investigate a series of robberies in the realm of Waterdeep.

“We try to design it so it works for new players and experienced players alike,” Aviezer said. “It’s a cooperative experience. Players collaborate and interact together in a storyline and achieve a goal.

“We started doing D&D as a charity fundraiser,” Aviezer said. It was so successful that Cast Party was created, and site-specific D&D games were produced, including two at the Bartow-Pell Mansion Museum in the Bronx. Covid-19 caused a pivot to online games and podcasts. Cast Party has 12 dungeon masters running online games for clients all over the world. They also offer games for team-building events and special occasions.

“But we also run free games,” Aviezer added. “We want to help people connect online through the game.”

The event at Antoinette’s was Cast Party’s first indoor, in-person game since February 2020. Tickets were available to the general public, and the number of players was limited to six.

Aviezer, a senior writer for the Wildlife Conservation Society, is married to artist Carolyn Fox, who is manager of the Society’s exhibition production shop at the Bronx Zoo. She created three terrain models for use by the players, each with atmospheric details such as plates of food, hidden trapdoors, and LED lighting effects. Fox also made an imp puppet, named Circumstance, that interacted with the players.

“Hearing the joy in the players’ voices once they realized the imp was animated was my favorite part,” Fox said. “It was fun coming up with the voice and personality. I look forward to making more puppets for upcoming events.”

Beham’s character, Caladra, was a tiefling musician with devils in her family tree. Her costume was inspired by steampunk and pirate aesthetics. Her corset came from the United Kingdom and her horn headpiece from Germany. When the D&D gamers were in combat, Beham switched her playing from classical guitar to metal, to help build the atmosphere.

“This was a collective effort from all the artists, including my mom, Antoinette, who made the dinner — something meant to be engaged with all five senses. We want people to come out and enjoy an adventure,” Beham said. “It’s also important to have a good dungeon master, and Tal is a great dungeon master — so it’s really OK if you haven’t played before.”

Andy Cannistra, a certified public accountant from Sleepy Hollow, donned a mail coif to play Sergeant Gumley of the Waterdeep City Watch, and also appeared as a mind flayer. Amy Frey, an occupational therapist from New Jersey, played Aspirant, an avant-garde artist and fiend. Rachel Tamarin of Tarrytown handled sound design and created props, including a brain made of Jell-O.

The next “Dungeons & Dragons at Antoinette’s” was a private event on Nov. 6. On Jan. 15, 2022, Cast Party will return for “Secrets of the Blind Palace” at a cost of $99 per person or $499 to book the entire event (for up to six participants). For tickets, visit www.cast-party.com. In the meantime, Aviezer will appear as Sherlock Holmes in a production of “A Scandal in Bohemia” at Lyndhurst Mansion in Tarrytown, starting Nov. 12.