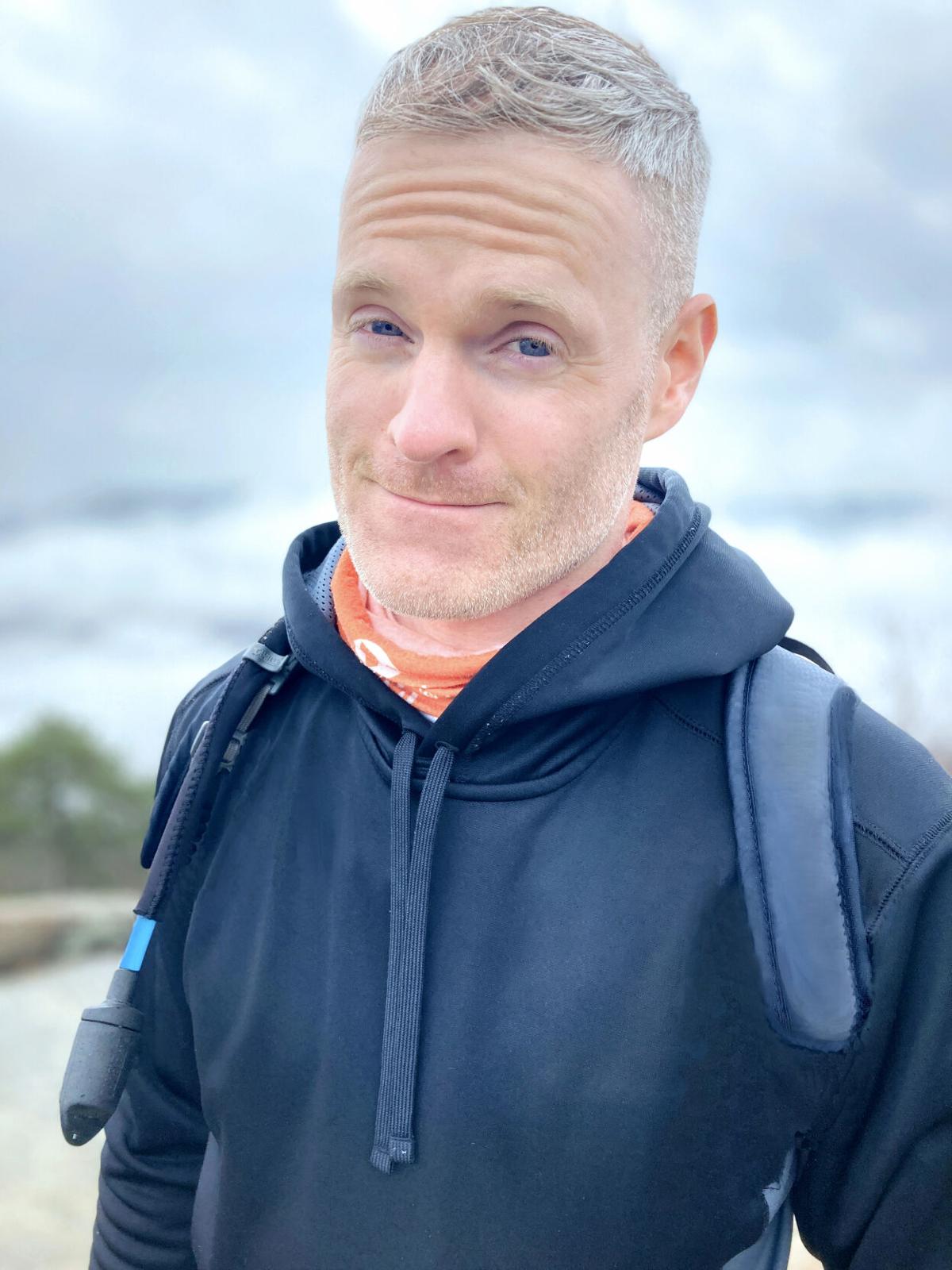 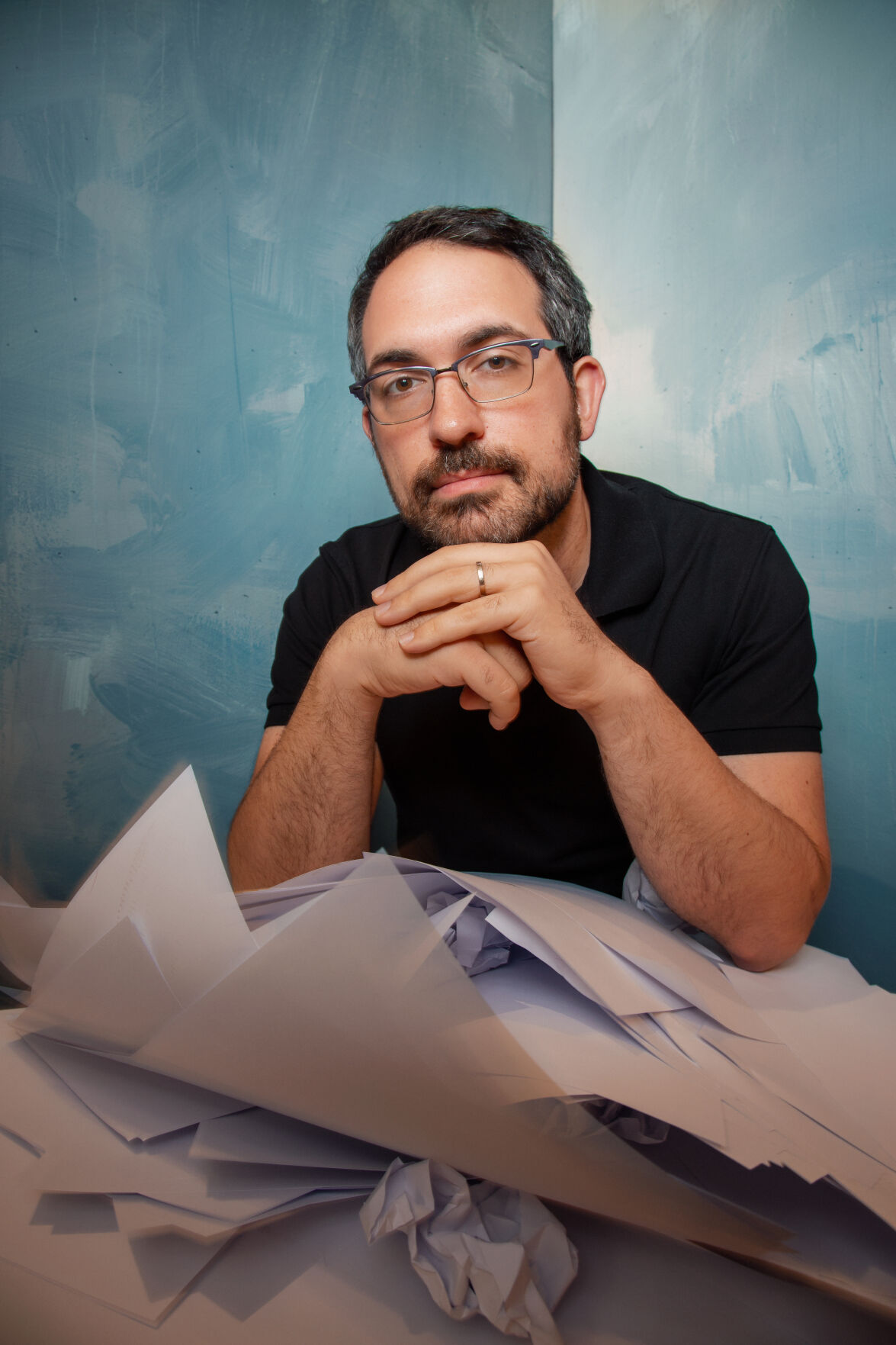 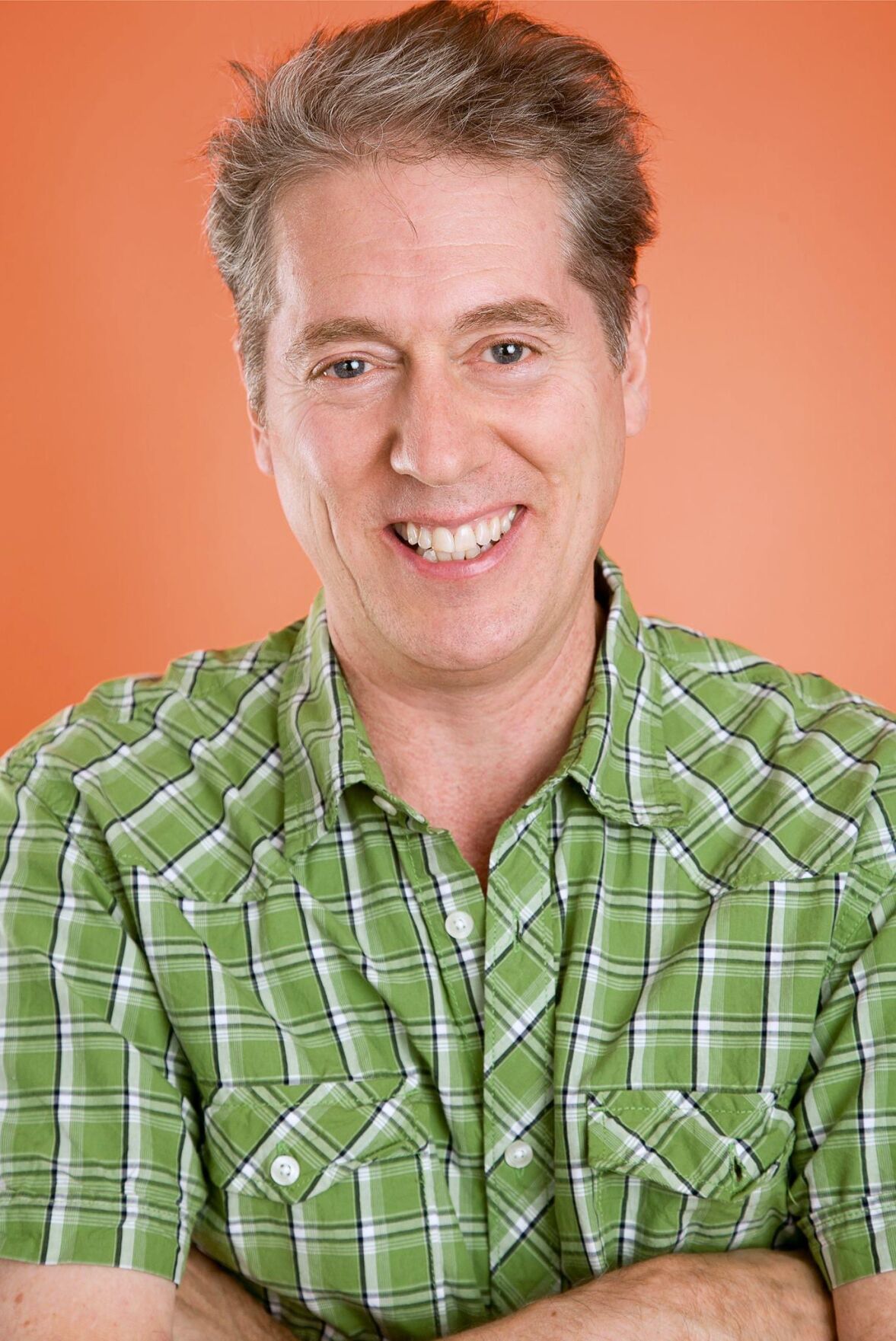 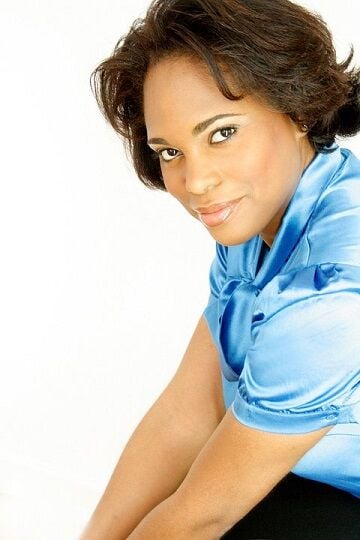 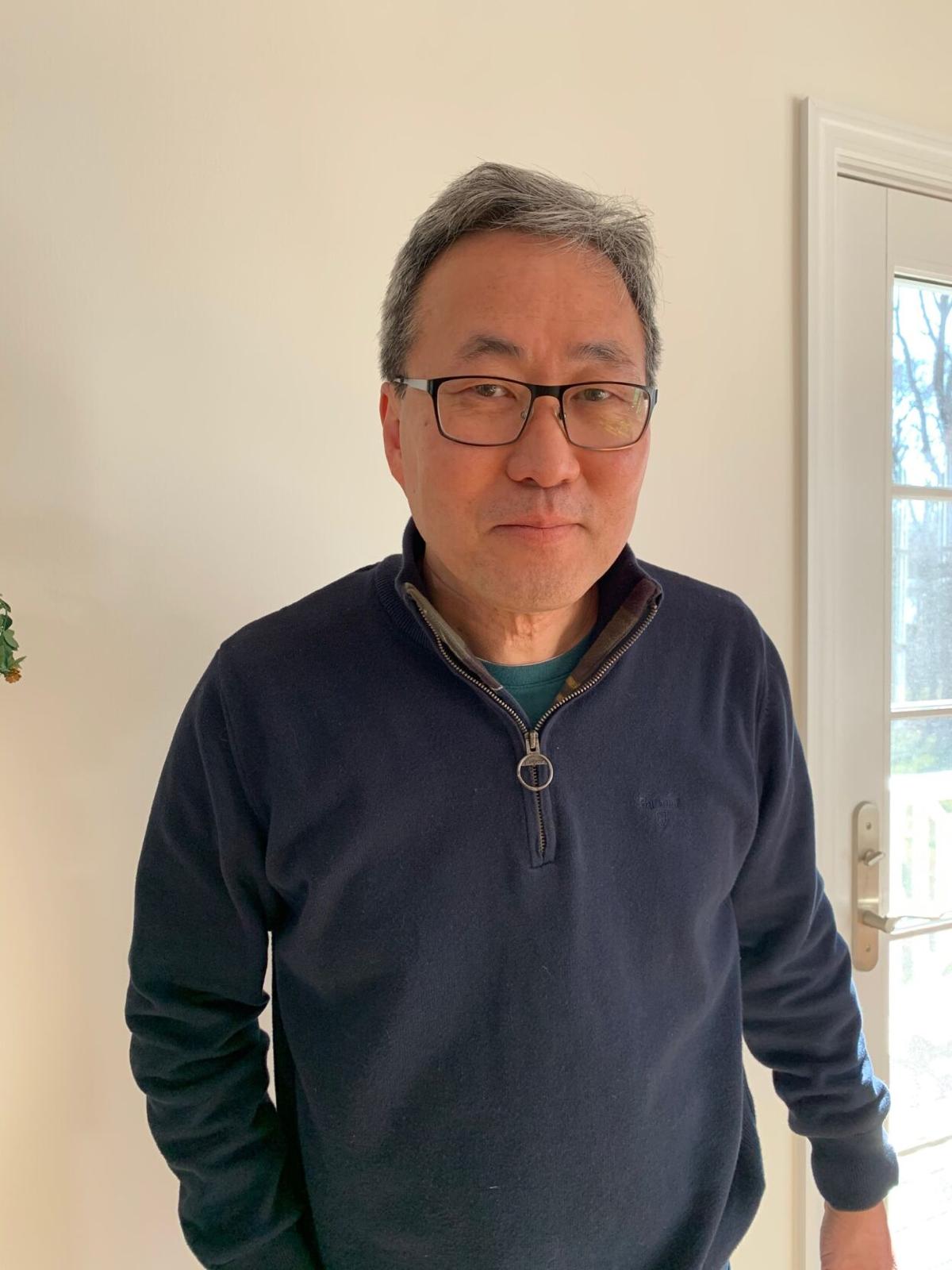 For all their many virtues, public libraries aren’t where people typically turn for a laugh. That said, the “Stand Up Comedy Showcase” at Waterfront Park this Saturday, Sept. 18, is billed as a presentation of the Dobbs Ferry Public Library.

Village resident Tim Deery, who has been the librarian assistant for seven years, produces the Comedy Showcase, as well as other special events — including Comic Open Mics, the Local Filmmakers Spotlight Series, and Cult Classic Movie Night — that before the pandemic took place in the library’s community room.

This is the third Comedy Showcase to be held at Waterfront Park; the first two, in October 2020 and in May 2021, proved that taking the program outdoors was viable. All necessary Village partners, including the recreation and police departments, supported the endeavor.

This weekend’s event will feature a diverse lineup of comics, all of whom participated in one or more of the library’s open mic presentations. Matt Koff, the headliner, will be joined by Allen Enlow, Ruthy Ferrara, Ann Van Epps, and Young Lee. Deery will also perform.

“I have always loved doing comedy,” Deery said. “My first audience was my three older brothers and an encouraging dad and mom. And on Monday mornings at Immaculate Conception Elementary in Irvington, I would perform every routine from the latest ‘SNL’ for my classmates, who would howl with laughter. This just spurred me on. And then I started writing lyrics for an assortment of punk bands — anything that gave me a chance to put my thoughts on paper.”

After graduating from Dobbs Ferry High School in 2000, Deery attended LaSalle University in Philadelphia for two years before transferring to SUNY New Paltz, where he graduated in 2004 with B.A. degree as a performance artist.

“I’ve always been a DIY take-the-road-less-travelled kind of guy, so I made up my own major — not really following a traditional theater, radio or television course — and talked both schools into letting me write my own curriculum,” Deery explained. “It was a great learning experience.”

Following a series of jobs, among them salesman, handyman, and cameraman, Deery took the Westchester County Civil Service exam in 2013 that qualified him to work as an assistant librarian. He was elated when offered the position at Dobbs Ferry. Soon after that he was devastated by the unexpected death of his father, Lawrence Deery, who was 69.

“I took this really badly, but the library staff was there for me in every way, and I will never forget it,” Deery said. “I realized then that life is fleeting, and I began writing and doing more comedy. After all, tragedy and pain is a big part of what comedy is all about. It helps you deal with the pain, and people need this.”

Deery credits library director Elizabeth Hobson, assistant director Ned Canora, and Sara Bramble, head of adult services, as well as the Friends of the Library organization, for the support and encouragement he needed when proposing “whacky things” like a fringe film festival.

“Libraries are different in 2021 than they were in the 1980s,” Deery pointed out. “While the books are still here, libraries like ours have become community centers, with a lot of different, and appealing, events for every age group. They are fun and free.”

Until Covid, Deery held all his events in the library’s community room, which has 75 seats and a spotlight. After Covid hit, Deery and his crew of comics were “flying by the seat of our pants.” But, like many other artistic endeavors, the Open Mics sessions went remote.

“Doing Open Mics via Zoom was tough, and I would never do a Showcase that way,” he said. ”Even doing it outdoors, where the laughter and feedback isn’t trapped, is challenging. But we gave it a shot and it worked pretty well. Seventy-five people came in October and 100 attended in May.”

Deery and Koff, who grew up in Ardsley and now lives in Harlem, were both students at DFHS and New Paltz, and wrote comedy sketches together. Koff is an Emmy-winning television writer who works on “The Daily Show with Trevor Noah.” He also wrote for “The Daily Show with Jon Stewart.” Koff recently released his debut stand-up album, “Who’s My Little Guy?”

“I’m very excited to be doing this Showcase, especially because it is next to the Hudson River,” Koff said. “Of course, it was neat when we did it inside the library, where you are encouraging people to make a lot of noise — the opposite of shushing people. It is also nice to be working with Tim, who is great. We’ve always spoken the same language.”

“If anyone deserves to participate in a Showcase presentation, it is Young Lee,” Deery said. “I love Young. He is an example of what the Open Mics sessions are meant to be: He showed up for most and tried out his material in front of other comics.”

Lee, of Darien, Conn., admits that one reason he performs at Open Mics is to improve his public speaking. His routines often have an intellectual bent. He adores puns, and offered an example: “Did you hear about the selfish wheat farmer who always got these terrible headaches? He called them my grains.”

For information, including Covid precautions, visit www.dobbsferrylibrary.org and then click on events.