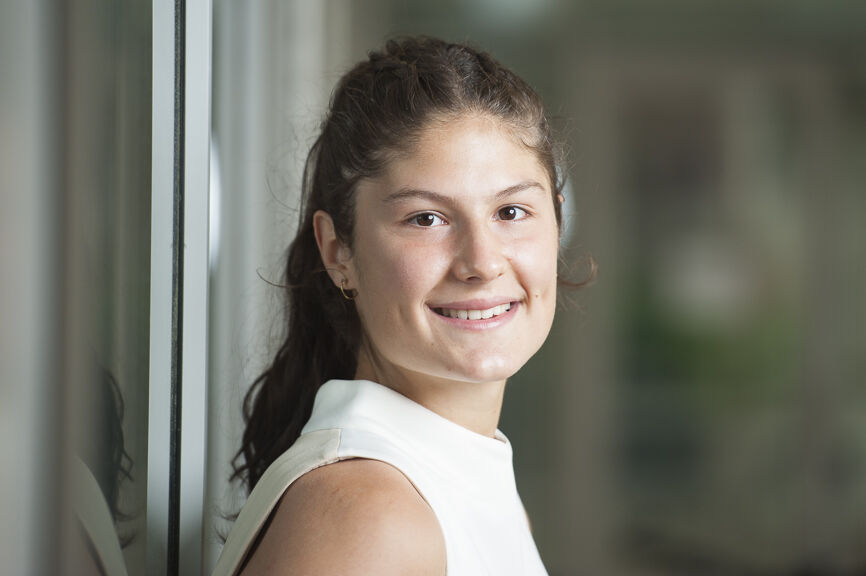 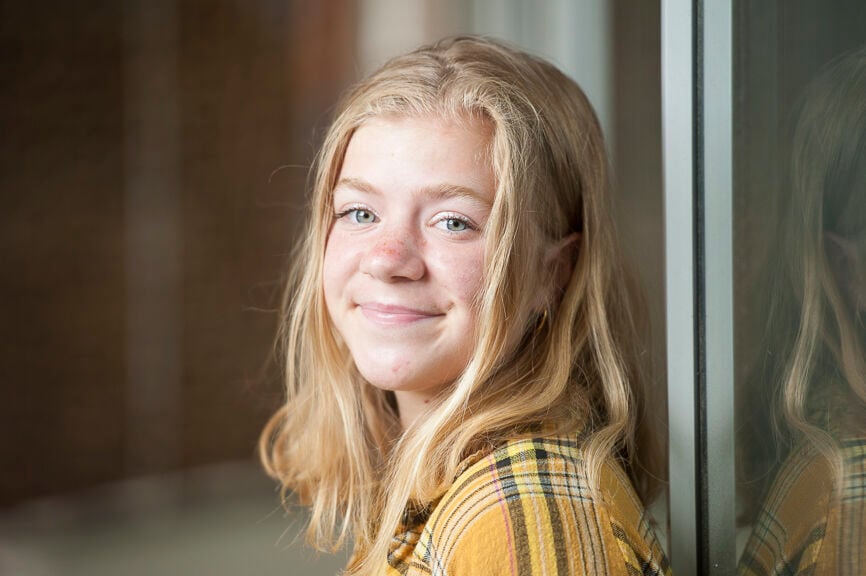 Dobbs Ferry High School valedictorian Julia Schwabe and salutatorian Abigail Ward have more in common than academic excellence. Both are also standout athletes who were recruited to play for college teams — Schwabe’s game is lacrosse, while Ward’s is soccer.

The two were notified about being named valedictorian and salutatorian in a Zoom meeting with the principal and a guidance counselor. Because of Covid restrictions, there was little fanfare. “Usually they would take a picture of us at the flagpole in front of the school,” Schwabe said. “But instead we just submitted our [yearbook] photos.”

Schwabe recalled when she first realized she might be the valedictorian. “In junior year my best friend said to me, ‘You’re really smart. I think you’re in the running for it.’ She had to convince me, though. I was always a hard worker, but [graduating at the top of the class] wasn’t my ultimate goal. I figured I just had to keep doing what I’m doing and if it happens, it happens.”

Something else Schwabe has been doing — for a long time — is sports, with lacrosse at the top of the list. Along with spending seven years with a travel team, she’s been on the varsity lacrosse team since eighth grade. She received a lacrosse scholarship to the University of Michigan, where her mother, Audrey, went to medical school and her brother, Andrew, is a sophomore.

As for extracurriculars, Schwabe is president of Dobbs Ferry Eagle Hut, a high school club that posts stats, scores, and videos of school sports on social media. “It’s really nice for school spirit and highlighting our student-athletes and what they’ve accomplished,” she remarked. Her senior internship, for which she is coaching a third- and fourth-grade girls’ town lacrosse team, has also been enjoyable. “It’s such a rewarding experience to see those girls develop as players and people,” she shared.

Schwabe calls herself a “math and science person” and plans to major in biology, but also intends to take classes in kinesiology (the study of the principles of mechanics and anatomy in relation to human movement). As for career possibilities: “Shooting for the stars,” she stated, “my goal would be orthopedic surgeon, or sports medicine doctor. I’m definitely interested in rehab, physical therapy, human anatomy — how everything in the body connects.”

Regarding the year spent in Zoom classes, she said, “It was definitely difficult. A lot of screen time, very challenging.  It’s almost like a tease — you’re interacting, but through the computer, so it’s not the same experience as in person.”

As mentors, Schwabe cited her parents first and foremost. Her mother is a pediatrician, while her father, Eric, is a physical therapist. “They’ve had the greatest influence on me. They provide resources,” she explained, such as providing her medical advice for sports-related injuries she’s endured. The support is emotional as well. “My mom says she sees herself in me, in terms of work ethic and studying.” In school, Schwabe’s geometry, chemistry, algebra, and biology teachers impacted her most.

Soccer is to Ward what lacrosse is to Schwabe. Ward, the two-time Rivertowns Enterpriseplayer of the year, will play soccer at Middlebury College in Vermont, which she committed to last July.

Ward shares Schwabe’s philosophy regarding high academic achievement. “I have always worked hard in school, but never with [becoming salutatorian] as a driving factor necessarily,” she explained. “Trying my best is something that comes naturally to me.”

Ward is the younger of two girls. Her sister, Phoebe, is a freshman at Carleton College. Their father, Andy, is a publishing executive, while their mother, Jenny Rosenstrach, is a cookbook author and food journalist. Ward put her leadership skills on display in September and October of last year when she formed a club of 10 students to write bipartisan letters to undecided voters in swing states in an effort to “get out the vote” in the 2020 presidential election. The club sent out 400 letters.

Ward likes to share her academic strengths. She’s been a peer tutor in math since eighth grade, and for her senior internship, she’s assisting her math teacher by tutoring students in-person twice a week. In addition, Ward tutored from home at least twice weekly. She talked about the importance of patience and flexibility. “Whether I’m tutoring an 11th-grader or a third-grader, working with people at different levels is part of the challenge I enjoy,” she said. “I hope to continue tutoring in college and in the future.”

Ward chose Middlebury because she liked the soccer coach and the location and beauty of the school. “I’m a big outdoorsy person. I wanted to go someplace that’s very scenic, so that I can have access to hiking trails, skiing, and a beautiful place to play soccer,” she said. She intends to major in either math, environmental science, or political science, explaining, “I want to take my time there before I decide on a major.”

The year of Covid impacted Ward as well, in terms of the shortcomings of remote learning. “I’ve always been a big participator and question asker in class, which did not translate well into online school,” she said. But there was an upside: “It made going back even more special.”

Ward credits her parents for a lot of her success. “I’m living with an editor and a writer. They’ve been so helpful with everything I’ve written and my (commencement) speech coming up,” she explained, while praising her teachers as well. “I would give a shout-out to all my teachers, but especially my senior year teachers, who’ve been so positive and resilient during this chaotic year.”

Congratulations ladies! Reach for the stars and then blow right past them!