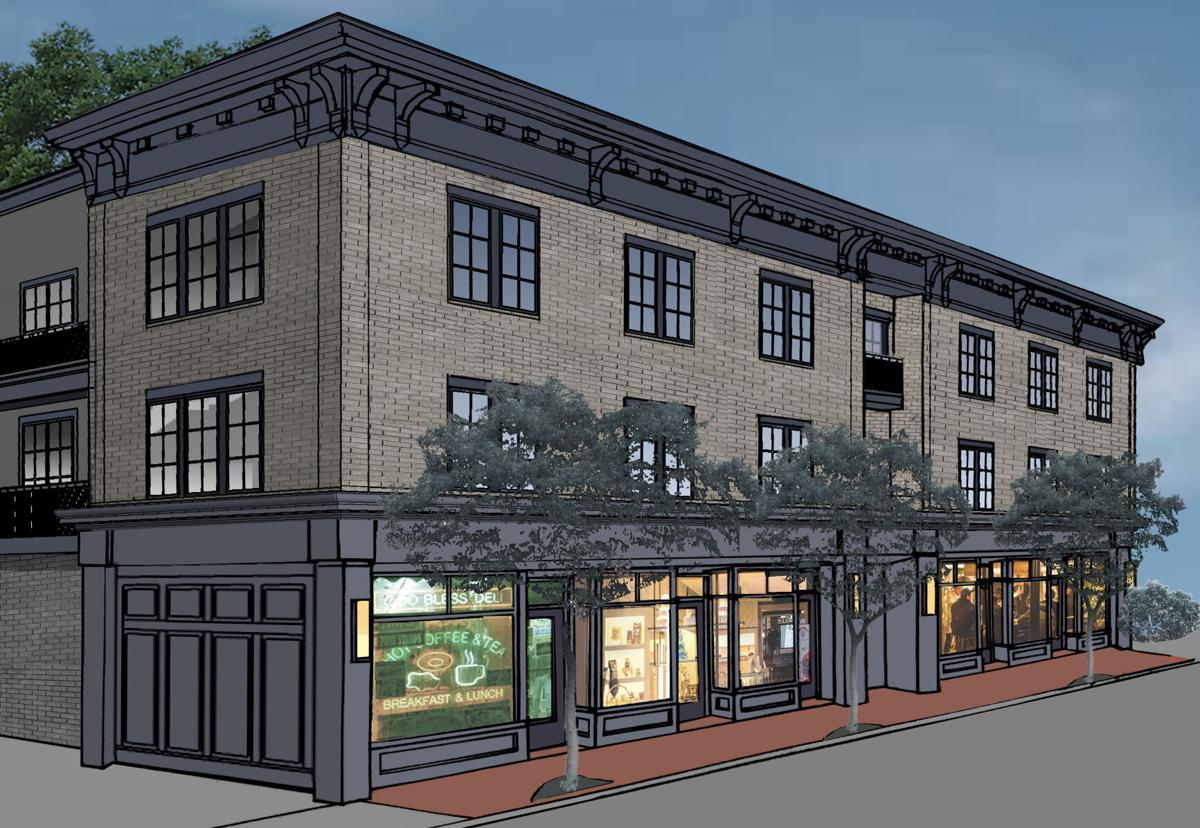 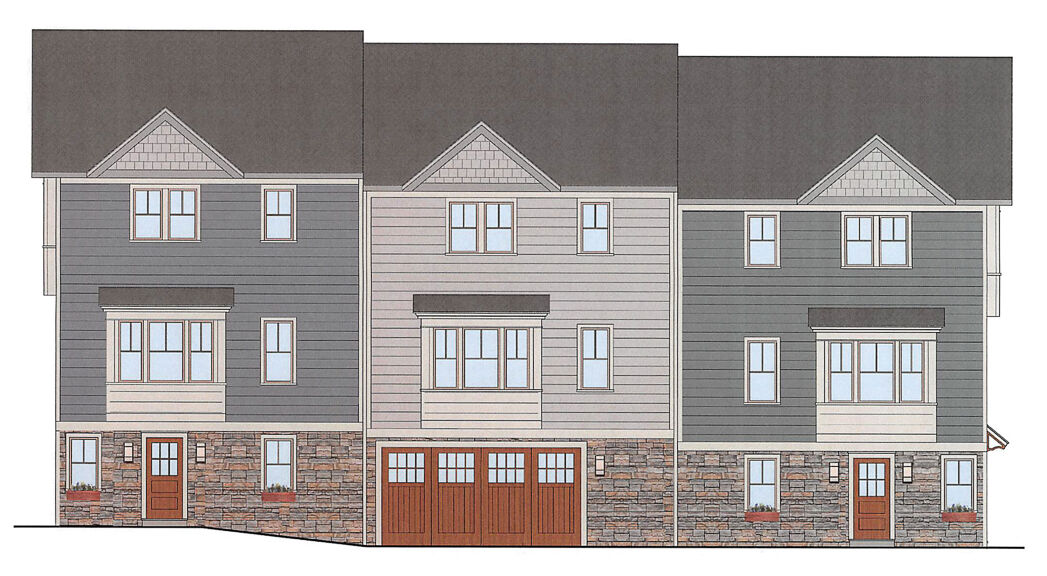 Site plans for the development of properties at 13 English Lane and 181-195 Ashford Avenue, both owned by Andrew Cortese of Cortese Construction in Dobbs Ferry, are in different stages of the approval process. Christina Griffin of CGA Studio in Hastings is the architect for both projects.

The village board closed a public hearing about the English Lane project on Jan. 12 and scheduled a vote for Jan. 26. English Townhomes, LLC wants to build three single-family, three-story condominium townhouses on the 6,320-square-foot empty lot along the little lane off Ashford Avenue. The buildings would occupy 3,150 square feet of the property, which is in the Downtown Transition (DT) zone that permits residential and commercial development.

On the second and third floors, the 35-foot-tall buildings would each have three-bedroom and 2.5-baths units measuring 1,950 square feet. There would be a shared garage on the ground floor. Each unit would have a separate backyard.

Cortese Construction, which has owned the property since 2010, build and landscape the project, creating a paved driveway leading from English Lane to the townhomes, and planting flowering shrubs and trees along the rear property line.

The 16,712-square-foot Ashford Avenue property, which also is in the DT zone, comprises a two-story building where a dry cleaner and a delicatessen occupy the ground floor. Next door is a one-story building housing a nail salon. The property includes a 19-space parking lot.

On behalf of developer Ashford Avenue Apartments, LLC, Griffin presented two development designs to the planning board on Jan. 7, and has been asked to explore more possibilities.

One design she presented would create a mixed-use building by renovating the present two-story building, retaining retail space on the ground floor, and adding a third floor, making two floors of residential units. Griffin told the planning board the small one-story building is “in terrible shape” and would be taken down.

This version of the building would provide nine one- and two-bedroom rental units, of which one would be an “affordable” unit, as defined by Westchester County, and decks could be added to some rear units. Parking would be expanded to accommodate residents and retail customers.

Griffin also offered an alternative design: a completely residential building. Griffin and Cortese agree that having retail space is problematic. “Residential is more practical in today's environment,” according to Cortese.

“We decided to look at another scheme,” Griffin told the Enterprise. “We felt that retail is not going to work here… We explored the neighborhood, and retail is not working well… There’s no need for more commercial buildings in the DT area.”

At the meeting, Trustee Donna Cassell, liaison to the planning board, who lives in the area under discussion, clarified that the nail salon, deli, and other nearby small businesses are used by neighborhood residents.

All the planning board members brought up the issue of massing. Rob Lane, for example, wanted to see “a real setback at the third floor, like a terrace-size setback — 5 feet or something like that, not just a few inches to break up the massing, but an honest-to-God change in massing… I think if you go all residential, that first-floor elevation needs to feel more street friendly. It doesn’t feel very pedestrian friendly.”

Griffin also floated the idea of trying to preserve the cornice, because its style is in keeping with many downtown buildings, but warned that doing so might be challenging.

An all-residential building, Griffin proposed, could have three units on the first floor, four on the second floor, and four on the third. Those would be 1,100-1,400 square feet, mostly two-bedroom, two-bath units, and two would be “affordable” units.

Since Jan. 7 was the planning board’s first meeting for the project, and many suggestions for changes arose, Griffin said she would develop more alternative designs for presentation at a second meeting.

Correction: The story in the Jan. 15 issue of the newspaper reported that village board approved the 13 English Lane project on Jan. 12.