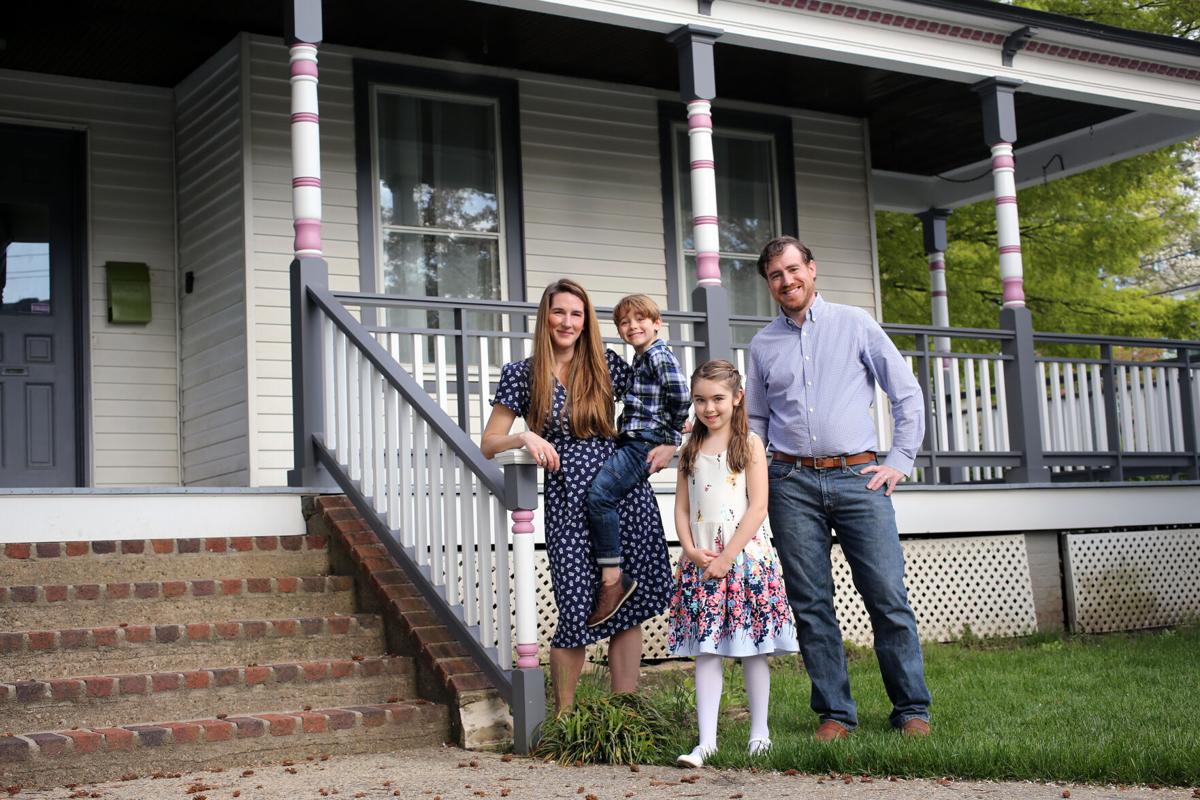 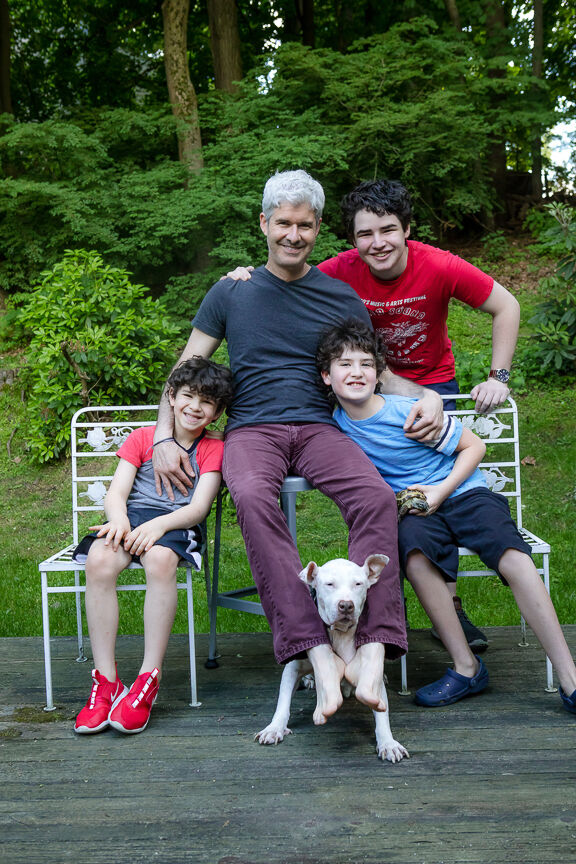 Doug Schneider with his sons Max, Gus, and Leo as well as their dog Clover and Russian tortoise Sheldon.

Doug Schneider with his sons Max, Gus, and Leo as well as their dog Clover and Russian tortoise Sheldon.

“Everything stopped,” the 48-year-old Dobbs Ferry resident recalled. “I had gone about a month without work and I was down about everything that was happening to me professionally, personally, and in my community.”

Schneider shared his situation with a close friend, Leslie Pollak of Croton.

“She empathized and came up with the idea that I could still be productive throughout this — that I could keep myself occupied and do something for the community and for my own sanity,” he said. “I had the ability to give back when a lot of people were feeling down and hopeless.”

Pollak pitched the idea of photographing portraits of families during quarantine, and publishing those images as a book. By early April, the ball was rolling. Titled “Families for Humanity,” the book highlights 122 households in Westchester County.

“I have families from the dense urban areas to the country setting of Yorktown to the horse country of Bedford,” Schneider said.

In addition to documenting people at home, Schneider wanted there to be a broader purpose for the project.

“I felt that I needed a way to give back to the food industry,” he said. “They were the ones that were my lifeblood as a food photographer.”

Schneider decided to donate 100 percent of the proceeds from the sale of the book to On the Line, an initiative started during the pandemic by Michelle Adams and her husband, Chris Vergara, the co-owners of Harper’s Restaurant & Bar in Dobbs Ferry and Saint George Bistro in Hastings. On the Line depends on donations to provide meals to food pantries and community health centers in Westchester.

“I have known Michelle for several years,” Schneider said. “Not only did they give me some of my first jobs as a food photographer, but On the Line is keeping the restaurant employees working and paying their salaries through this.”

“Helping feed those in need — that’s an obvious reason to choose it,” Schneider continued. “Also, for me, it was a way to reconnect with the local restaurant industry and to do something that originated right in my hometown.”

The portraits were all taken outside the families’ homes.

“There is such a variety of shots,” Schneider said. “I think that when you look through the book that you will see just how diverse Westchester County is. I started out with the idea of just sticking to Dobbs Ferry and the surrounding towns, but once it got out on social media about what I was doing, everything just took off.”

Pre-sales of the book, which costs $50, are solid, according to Schneider.

“About half of the families have bought the book already,” he said. “We have a publishing date set for late August. I am optimistic — it is for a good cause.”

“Families for Humanity” can be ordered through Schneider’s website at www.dougschneiderphoto.com.