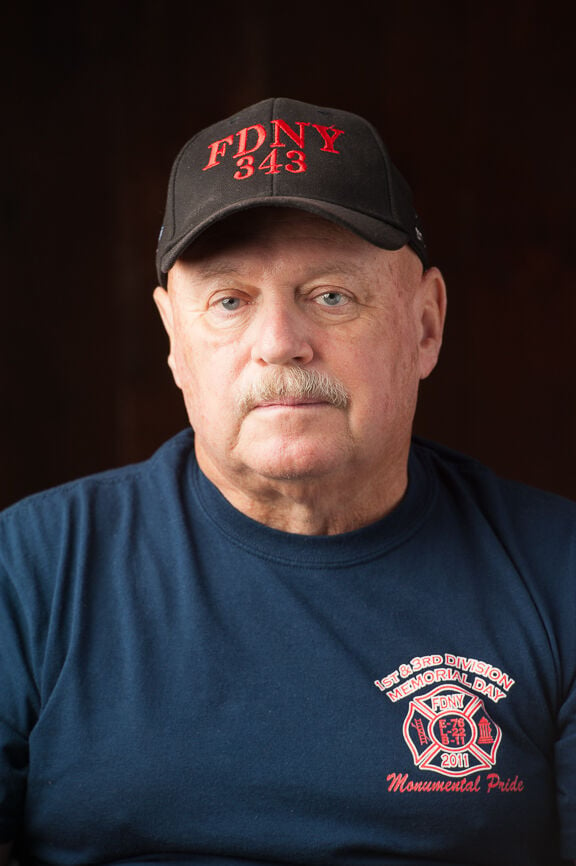 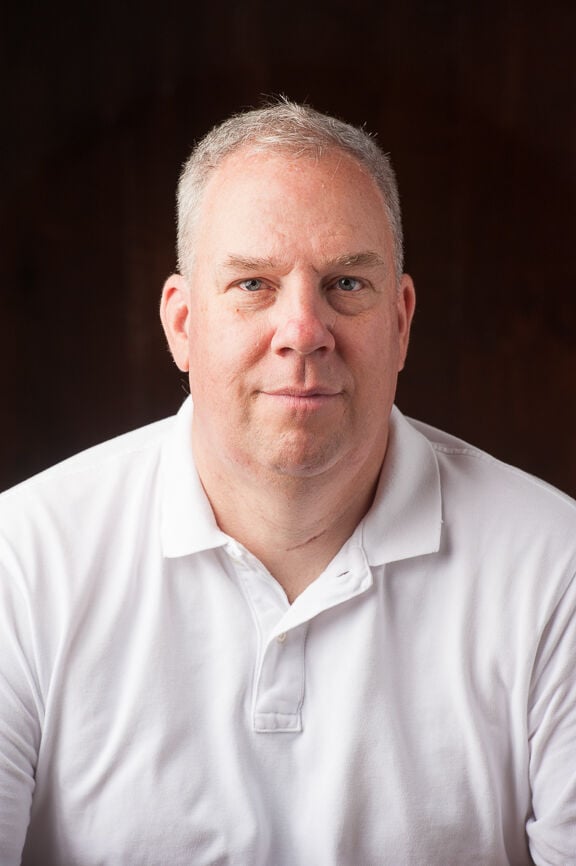 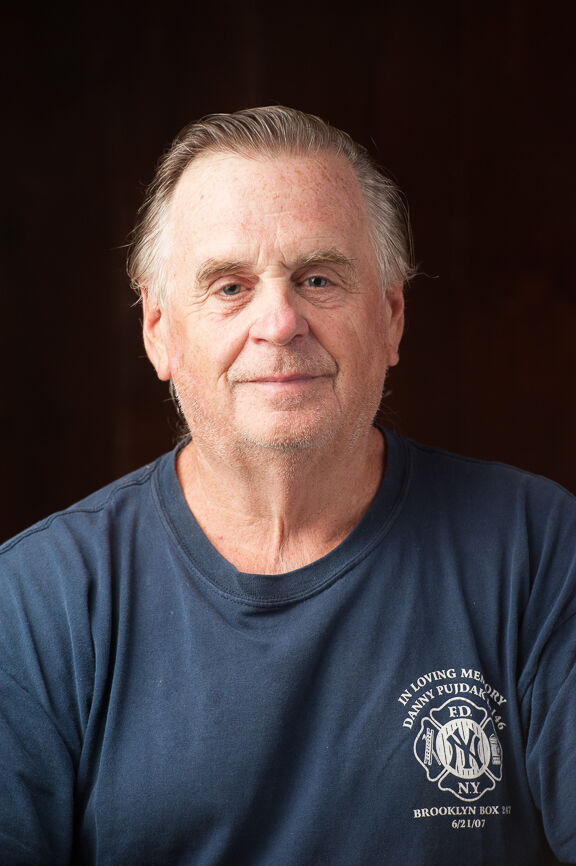 On the 20th anniversary of the Sept. 11 terrorist attacks, 54-year-old Neil Sweeting, one of three former FDNY members from Dobbs Ferry, will deliver remarks during a 10 a.m. service at Waterfront Park, representing those who returned from their treacherous jobs, and those who did not.

Sweeting, Frank Farrington, and Jim Walsh customarily take turns speaking at the waterfront event. All three are former chiefs of the Dobbs Ferry Volunteer Fire Department. This year, Farrington, 68, and Walsh, 66, will mark the occasion at events in New York City and South Carolina, respectively.

The waterfront ceremony at the 9/11 memorial will include a wreath-laying, speakers, prayer, a salute by those in uniform, and Neil Sweeting’s wife, Elizabeth, the department’s unofficial bugler, sounding “Taps.”

The firefighters will then walk a short distance north, to lay a wreath at a plaque placed at the base of a tree in memory of Doug Miller, a firefighter with Staten Island-based FDNY Rescue 5, which lost all but one member. Miller had been a member of the Ogden Engine Company in Dobbs Ferry. During that ceremony, a bell will sound for 5 rings, 4 times, known as “The 4 5s,” in honor of a firefighter who dies in the line of duty, or is lost and never found.

That evening, some of the firefighters have an informal ritual that connects them to the city. “You go to the waterfront, walk to the monument,” Farrington said. “At dusk you can see the tribute light from the shore; with another couple, you have a couple of glasses of wine, and reflect on the day.”

He was referring to the twin beams of light echoing the shape of the Twin Towers, reaching miles into the sky from the roof of the Battery Parking Garage, south of the 9/11 Memorial.

For Farrington, who retired in 2012, his day will begin with a familiar drive: his former route to work at 100th Street between Amsterdam and Columbus avenues, where he was a lieutenant at Engine 76 from August 2000 to September 2002. He’ll pass the Firemen’s Memorial monument at 100th Street and Riverside Drive, overlooking the Hudson River.

Topping the 1913 marble monument base is a newer bronze bas-relief of horses drawing an engine to a fire, and sculptures representing “Duty” and “Sacrifice.” The inscription says, “To the men of the fire department / of the City of New York / who died at the call of duty / soldiers in a war that never ends / this memorial is dedicated / by the people of a grateful city / erected MCMXII.”

“I’m one of those guys that reads plaques,” Farrington stated. On 9/11, he was driving past the monument minutes after the first plane struck.

The plaque at Waterfront Park bears a more comforting message: “The Dobbs Ferry community recognizes and appreciates the many acts of human kindness and lovingly acknowledges the memory of those lost on September 11, 2001.”

At his former firehouse Farrington will join in moments of silence at 8:46 and 9:03 a.m., the times when the planes struck the towers; then a Roll Call service at the monument, followed by a trip to Engine 74 at 83rd Street, where he was captain from 2005-2012, then to a “collation” (gathering) at a restaurant to toast surviving members and Ruben “Dave” Correa, Engine 74, killed when the South Tower collapsed. Back home, he’ll attend mass at Sacred Heart Church.

On 9/11, Walsh, a captain at Engine 71, near Yankee Stadium, was on jury duty in White Plains. “My wife Teresa called when the first plane hit. I told them I had to go to work.”

Until March 2002, Walsh worked a variety of rotating shifts; some as long as 24 hours, and “on days off, I went to funerals and memorial services, for six weeks,” he said. “The total number of days, I couldn’t begin to tell you.” Walsh retired in 2011, after 30 years with the FDNY.

This year, as a favor to a friend, Walsh will be in Myrtle Beach, helping to rededicate that city’s 9/11 Unity Memorial at its new home at Warbird Park. The memorial includes a steel beam from one of the Twin Towers, donated by members of the FDNY.

Sweeting, 54, who was a lieutenant in the FDNY’s EMS Division, normally Harlem-based, was on loan to a North Bronx division that day. He and five others raced downtown in a command car, witnessed the collapse of both towers, and experienced the hard rain of debris from both.

He left the FDNY in April 2002 and is now fire chief for the MTA. “I cover the entire system from the city up to Poughkeepsie,” he explained. “I do all the safety department training for fire, EMS, and how to respond to all emergencies.”

He’s never been inside the 9/11 Museum, but he and his wife visited the downtown memorial once, and the experience left him disgusted.

“The crowds weren’t honoring the place that I felt should be honored,” he said. “I was looking for peoples’ names, and people were taking selfies. One woman was changing a baby’s diaper sitting on top of the memorial. It was so disheartening and so dishonorable, I haven’t been back since.”