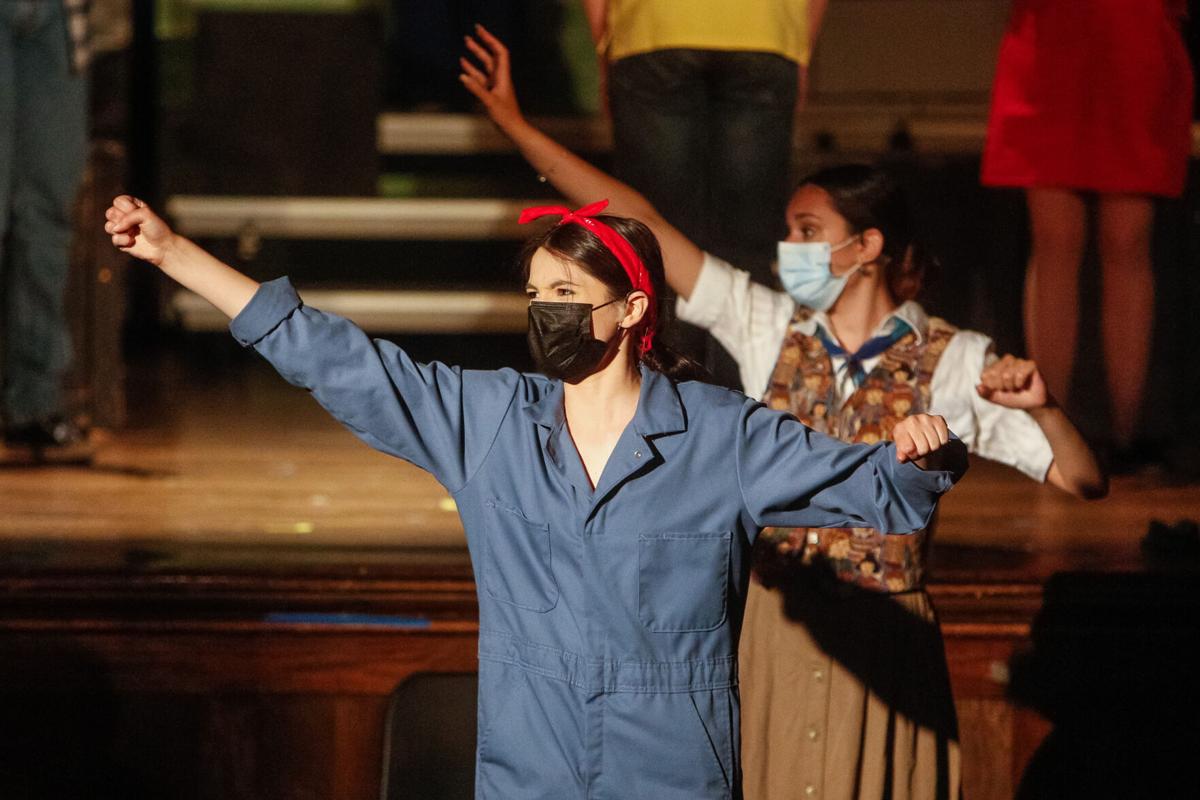 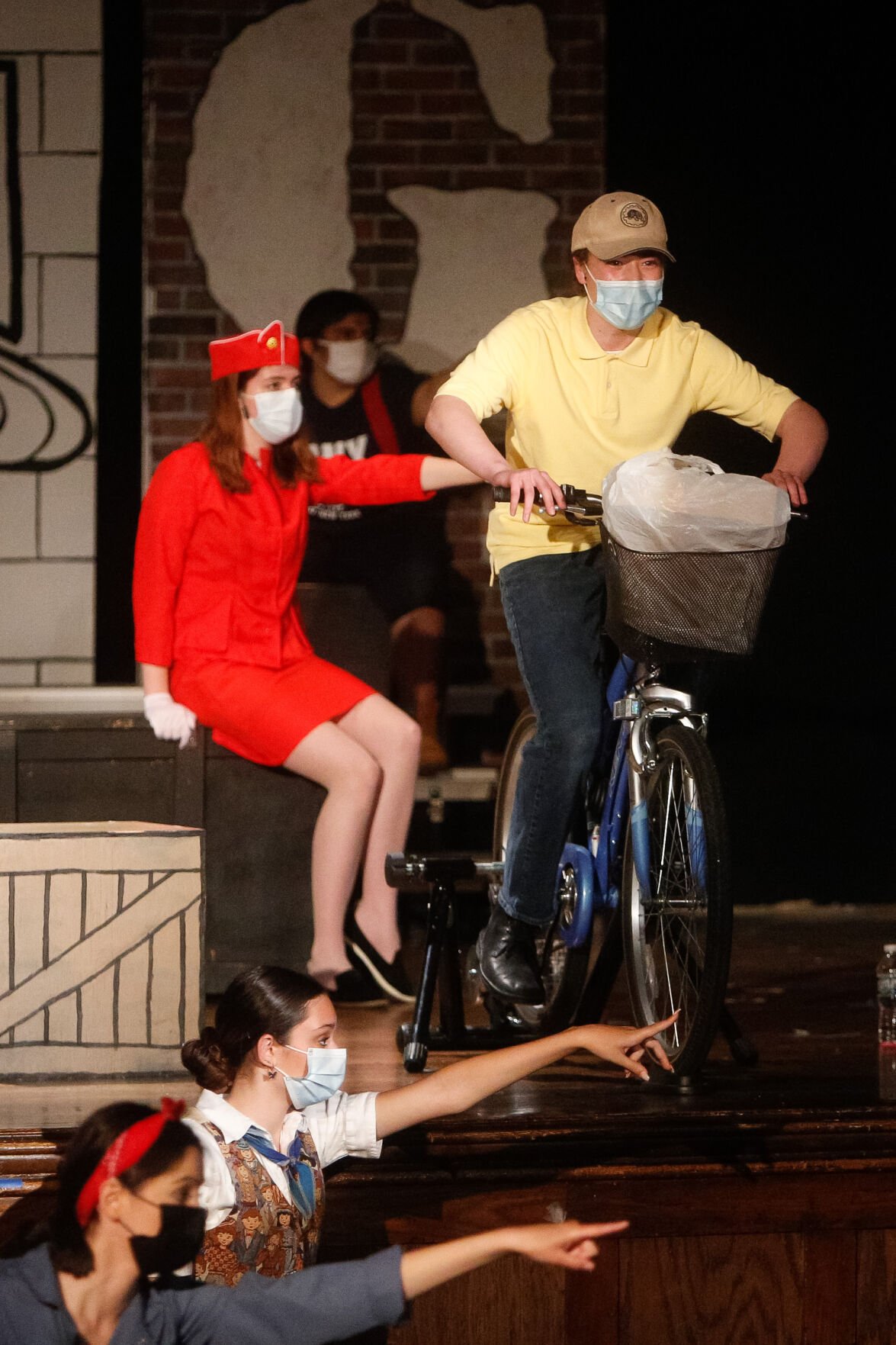 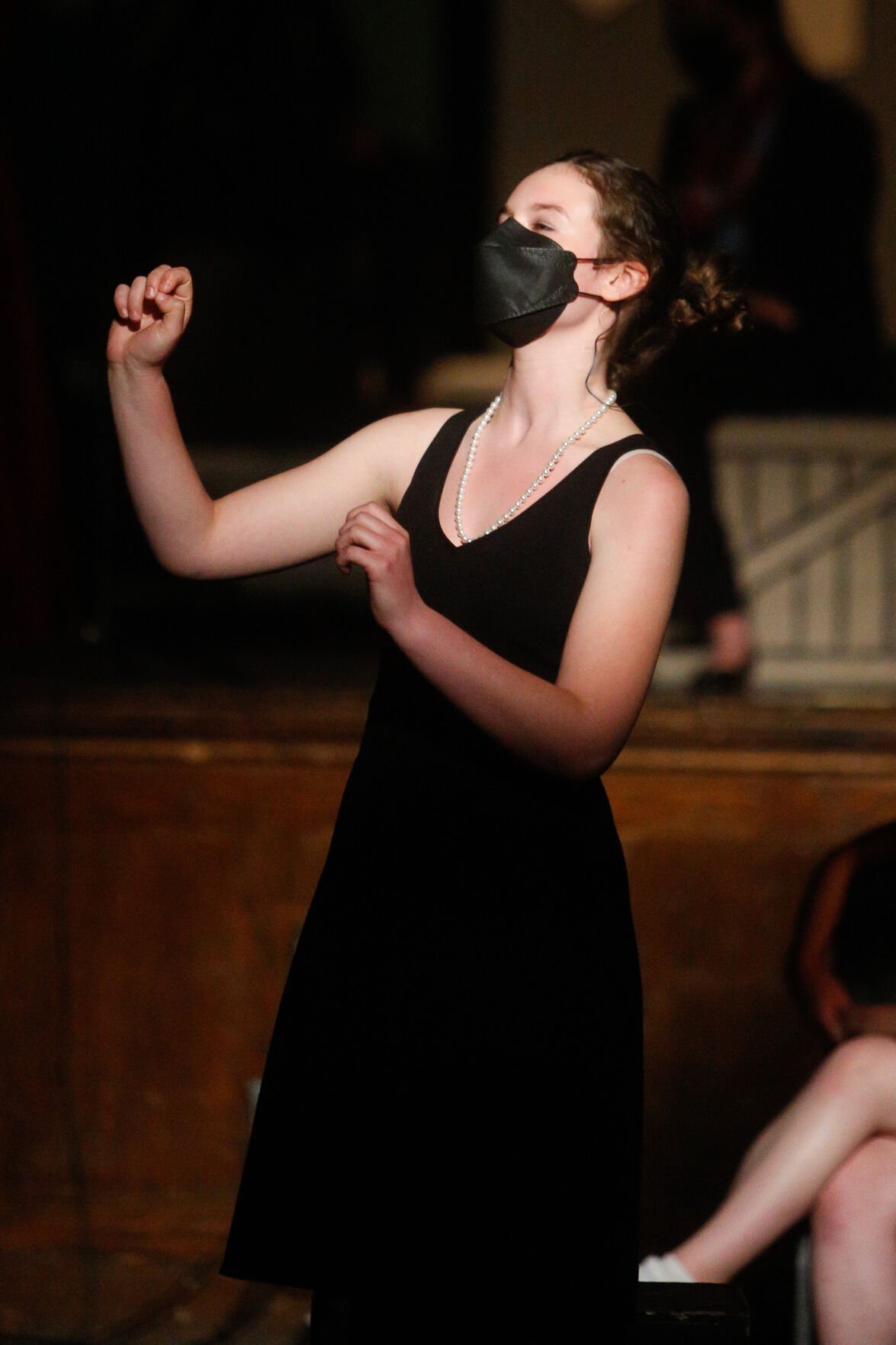 A one-time-only live performance of “Working,” Dobbs Ferry High School’s spring musical, took place on Tuesday, May 18 in the school auditorium before an audience of approximately 100.

The social-distancing requirement of keeping people 6 feet apart limited the number of tickets available; each cast, crew, and orchestra member was allotted only two.

Those who missed out can view a video of the performance, taped by Kevin Ridley, the schools’ TV Studio Program director. It will be posted at dfsd.org/domain/71.

“Working” was produced by theatre arts and music teacher Georgia DeFalco and directed and choreographed by Emily Ellis, who has freelanced at the middle/high schools for four years.

The musical is based on interviews conducted by Pulitzer-Prize-winning journalist Studs Terkel, who traveled the country in the 1970s to record people talking about their jobs. Those interviews resulted in the 1974 book “Working: People Talk About What They Do All Day and How They Feel About What They Do,” followed by an audio documentary on NPR and then a 1977 musical by Nina Faso and Stephen Schwartz, updated in 2012. Ellis based the student production on the latest script and songs.

“For the last couple of weeks, we were approved to be indoors as long as [the performers] were 6 feet apart,” Ellis elaborated. “I had them using the entire stage, as well as the space in front of the stage and space in some of the aisles.”

The al fresco experience in the school courtyard wasn’t ideal. “We were having to deal with the weather on the day of rehearsal,” Ellis recounted.

The weather also played a role in the staging. Rehearsing outside for two months would’ve required dragging a set back and forth numerous times. Indoors, with a large cast singing and sometimes dancing 6 feet apart, there was no room for a set. Ellis settled for a backdrop.

Indoors, besides keeping their distance from one another, the cast sang through their masks. Ellis worked with the students on diction more than usual, and the performers used microphones.

Ella Kahan, 18, made her DFHS debut in the show, as waitress Delores Dante. Last year she was cast as Leading Player in “Pippin,” but that production was cancelled because of the pandemic. However, since elementary school she has appeared in musicals at Broadway Training Center in Hastings and at upstate Long Lake Camp for the Arts.

Kahan, along with the ensemble, sings “It’s An Art,” its lyrics providing insight into Delores’s job: “It's an art/To be a fine waitress… It all needs be stylish and smart/That's what makes it an art…There's no work so trying/Or so satisfying…”

“I admire her freedom of expression and her devotion to her job,” Kahan commented. She likened Delores’s enthusiasm for her work to her own passion for acting: “While she loves being a waitress, I love being an actor.” This fall, Kahan will attend the University of the Arts in Philadelphia to pursue a BFA in acting.

However, the downside of some jobs wasn’t lost on Kahan. “Something I learned about people is that everyone has a different outlook on their occupation,” she said. “Some people also have regrets… they wonder what they could have done if they took a risk.”

Kahan believes that playing a waitress onstage will affect her interactions with them from hereon. “The next time I go to a restaurant, I think I’ll pay greater attention to the waitresses’s mannerisms,” she said. “I’ve always been kind to waitresses, but after portraying one, I think I’ll tip them a bit more.”

Archer acknowledged the unpredictability of putting on the show, including the rehearsals that were held remotely, but he maintained that “‘Working’ was one of the best times I had doing a musical.” He added, “Going somewhere after class where you have a whole group of people who all love performing is the most fun thing you can do…. I love performing and I never wanna stop!”

Ellis is grateful that so many students wanted to perform despite the restrictions, and shared a message for the “Working” cast’s parents: “We want to thank them for letting their kids do the show.”