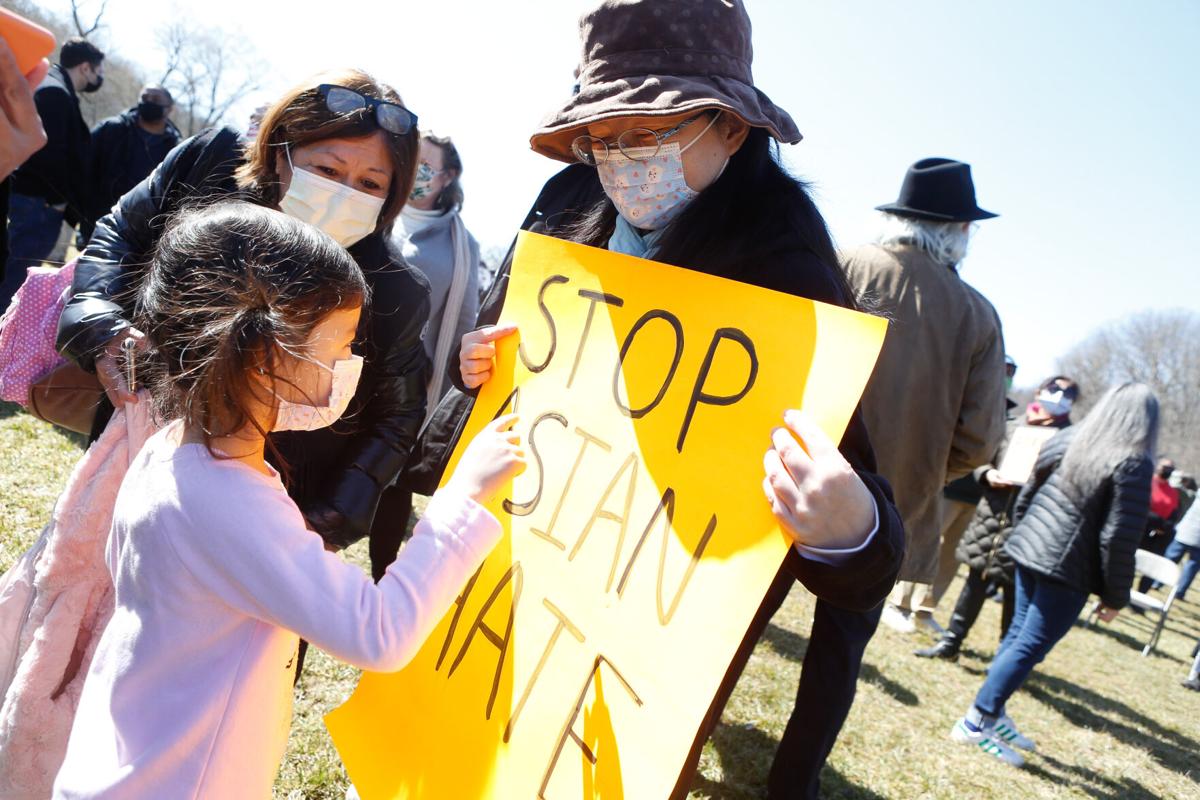 Mila Lopez of Ardsley points to a sign held by Junni Zheng of Edgemont. 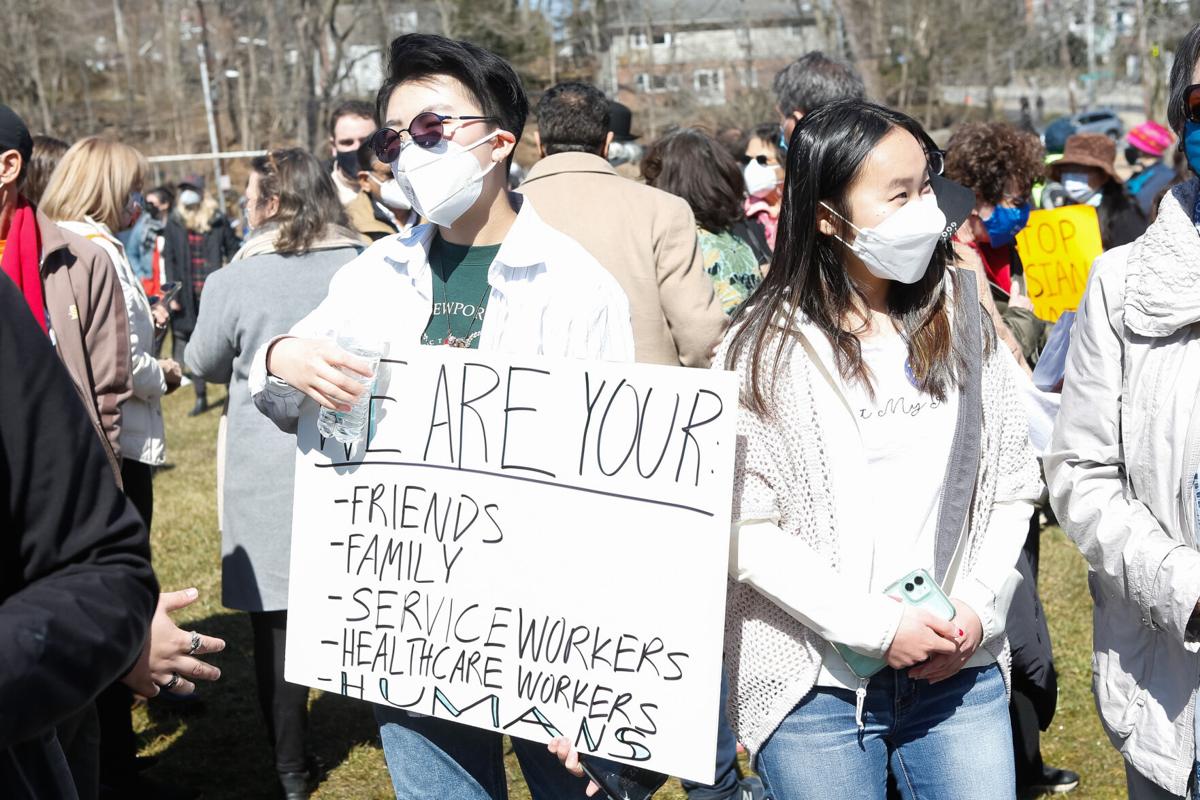 Mila Lopez of Ardsley points to a sign held by Junni Zheng of Edgemont.

Hundreds of people rallied at Pascone Park on Saturday, March 20, in response to the recent nationwide surge in hate crimes against Asians in America.

Led by Megha Ravi, a junior at Ardsley High School and president of the school’s Asian Students Union, the diverse crowd gathered around the park’s gazebo at noon, holding signs bearing messages such as “Stop Asian Hate” and “We Stand With You.”

Ravi cited some of the violence committed against Asians, ranging from slurs and vandalism to assaults and murders. Moreover, she said, Asians historically feared reporting crimes — some still do — for reasons such as “the physiological effects of trauma and fear of future attacks.”

“Asian racism is not new,” she noted, referring to historic examples such as the Chinese Exclusion Act of 1882 and the internment camps for Japanese-Americans during World War II.

“Directly communicate with people of Asian descent,” Ravi said. “I’m asking all of you to check on your Asian friends, neighbors, teachers, students, and even strangers. By taking action and holding the perpetrators [of racism] accountable, you become an upstander — someone who speaks up when they see injustice. And you will be part of the change we need.”

Ravi and her peers were applauded throughout the program.

Ardsley Mayor Nancy Kaboolian compared racism to the pandemic. “We might be overcoming the Covid virus — the virus of racism is worse than Covid,” she said, referring to the students as “the brave ones.”

Kaboolian was joined by Mayors Niki Armacost of Hastings, Vincent Rossillo of Dobbs Ferry, and Brian Smith of Irvington, as well as Greenburgh Town Supervisor Paul Feiner and elected county and state officials.

Like Kaboolian, New York State Senate Majority Leader Andrea Stewart-Cousins referred to the pandemic as she professed solidarity with the students and with other Asians. “If you attack any of us, you attack all of us,” she said. “The only vaccine for racism is us. We see you. We stand with you.”

Members of the Asian Students Union then shared their literary and musical talents, starting with a poem by junior Priscilla Ha, who spoke of her alienation as being “trapped in someone else’s identity.” Next was a classical cello solo by sophomore Luke Inoue, followed by a poem by senior Kairu Tong, titled “American Dream.” Tong’s poem addresses feelings of being an outcast in Western society, and ends with the lines: “Just remember that when you cut us, we bleed red, white, and blue.”

The final elected official to speak was County Executive George Latimer, who promised that the new Westchester County district attorney, Mimi Rocah, and her staff would pursue hate crimes with the help of the County Police and local law enforcement.

Latimer concluded with a call for unity among “Blacks, Asians, Latinx, gay, every possible demographic including those white Americans of good heart and good experiences who will stand with our Asian brothers and sisters.”

AHS senior Evelyn Song followed Latimer with a performance of the song “We Are the World,”which was met with enthusiastic crowd participation.

Next, junior Michelle Lee, clad in traditional Korean dress, recited a poem about insensitive remarks by American classmates, even when well intentioned. Though Lee’s poem decried assaults on Asians, it ended on an up-note, expressing faith in humanity and hope for a just and compassionate world.

Junior Maha Shahbaz concluded the program by leading the crowd in a medley of “say their names” chants, referring to Asian victims of violence, and concluding with back-and-forth entreaties to “Stop Asian Hate.”

Following the rally, participants marched west on Ashford Avenue to downtown Ardsley, and then back to the park. In an email to the Enterprise after the event, Ravi called for understanding.

“Please support students of color,” she wrote. “We go through so many experiences with racism and sometimes it feels like nobody is listening. Listen to students of color and amplify their voices. Our community must protect them, and educate themselves, in order to prevent racism from fostering in future generations.”