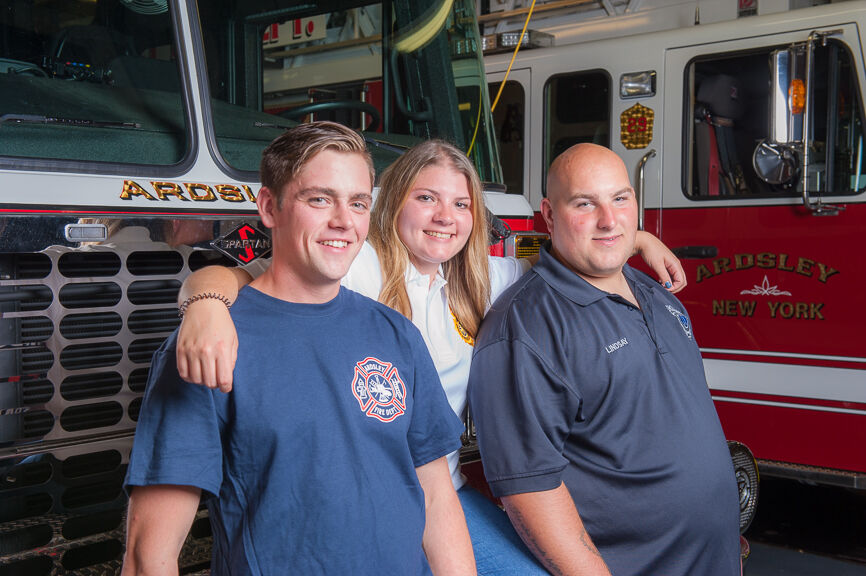 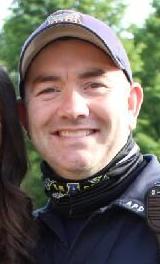 On Sept. 1, as Tropical Storm Ida flooded buildings and roads, the Village of Ardsley’s first responders rushed from one emergency call to another in the middle of the night.

During the village board meeting on Sept. 7, Mayor Nancy Kaboolian issued a proclamation declaring Sept. 8 “First Responders Appreciation Day,” to honor those who provided life-saving services during the deluge.

The rescues all happened in the area of Ashford Avenue, Cross Road, and Sprain Road, where the Sprain Brook flows between houses and woods.

The first occurred at 9:45 p.m., when Police Officer Brian Roemer helped a motorist escape a cartrapped in rising water on Ashford Avenue at Pascone Park. Thirty-five minutes later, Assistant Chief Joan Podolski, Capt. Brendan Lindsay, and firefighter Anthony Baker responded to Cross Road and Exeter Place, where another motorist was trapped in a vehicle. Lindsay and Baker, wearing life jackets, waded into the water and helped the driver escape through a window.

Finally, there was a report of a woman trapped in a car that had washed off Cross Road at Markwood Road. Lt. Bryan Watson of the police department had the woman on the phone until she stated the car had hit a deck and flipped over.

“Her car got lifted up, pushed behind a house, and she was stuck under one of the posts that was holding the deck up,” Murray said.

Firefighters could not see the vehicle, so Podolski, Lindsay, and Baker attempted to proceed on foot until DPW Foreman David DiGregorio arrived in a payloader — a construction vehicle with oversized tires and a bucket on the front. The firefighters piled into the bucket and peered between houses for the car.

During the search, Fairview firefighters in a boat hit a partially submerged footbridge that damaged their vessel. “In order to save [the crew members’] lives, it had to be abandoned,” Murray said.

On Ashford Avenue, Roemer and DPW worker Rob Wootten spotted the car’s taillights in a wooded area. The front end of the car was underwater. Roemer attempted to swim to the car, but was unable due to the current. DiGregorio then arrived with the firefighters.

“Her location had changed severely from the high flow of the water pushing her downstream,” Murray said.

Baker — who is a lieutenant junior grade in the U.S. Coast Guard — was able to attach a rope to the car; the other end of the rope was tied to the payloader. The rope enabled him, Lindsay, and Roemer to shatter the car’s rear window without being carried away by the current and to extricate the woman from the car.

Forest rangers in another boat transported the woman from the scene. She was conscious and alert, and was treated by members of the Ardsley-Secor Volunteer Ambulance Corps (ASVAC). “The forest rangers were pre-positioned down here prior to the storm, so if we did need them, they were already here,” Murray explained.

Murray commented on the heroic efforts of the multidisciplinary team. “I was very thankful that everybody got out safely. I was very proud of all our members; they did an outstanding job. It was something we rarely train for. Our members went above and beyond. I do believe it’s probably the first time in the history of the village that all four departments were on the same rescue. It was an amazing feat that we all worked together to accomplish one common goal.”