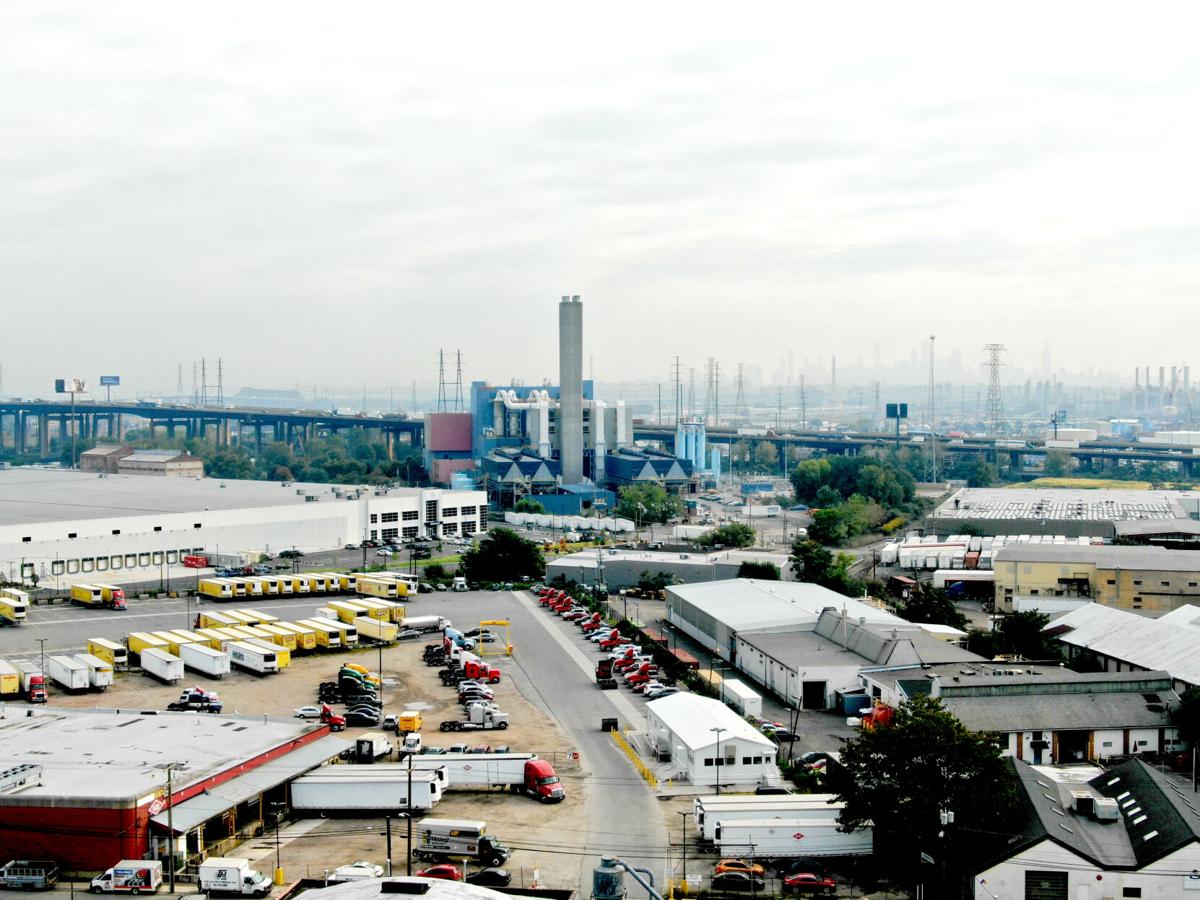 The Covanta Essex incinerator in the Ironbound neighborhood, which burns 2,800 tons of municipal garbage from New York City and Essex County each day, near public housing complexes and an elementary school. 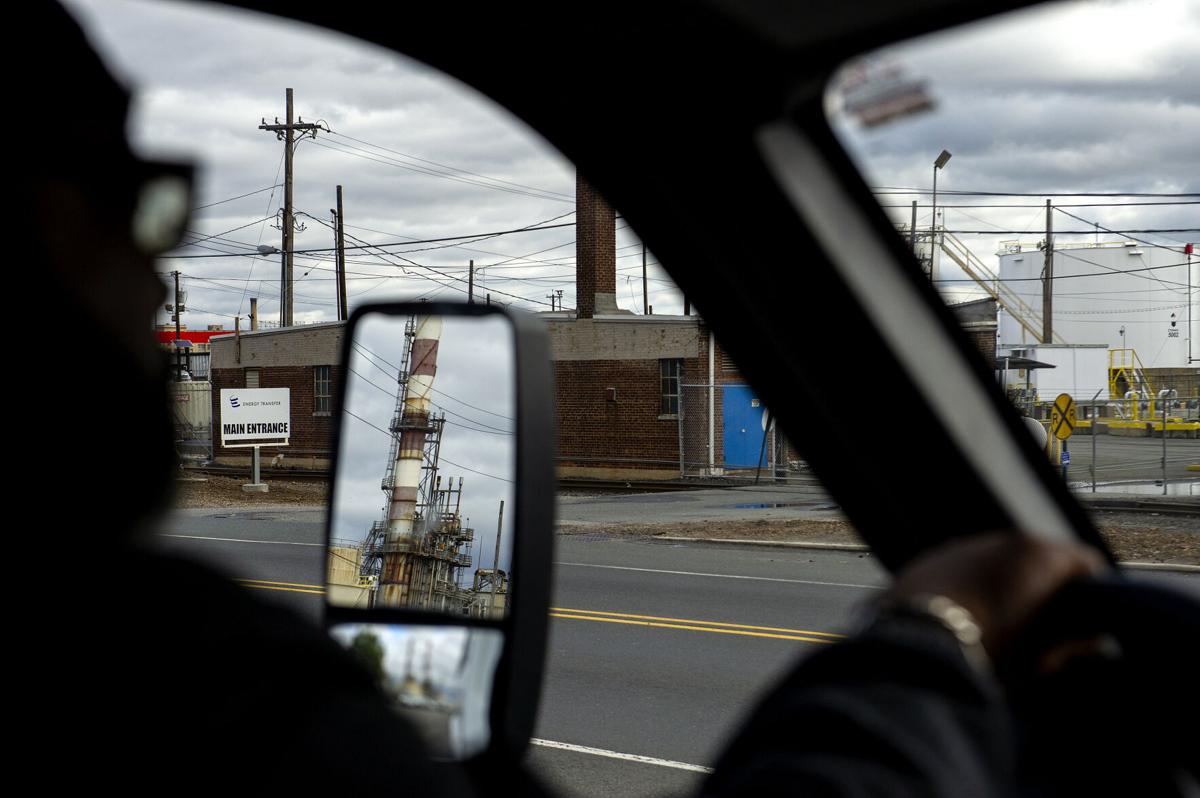 The Toxic Tour bus drives down Doremus Avenue, also known as Chemical Corridor, in the Ironbound neighborhood. In a one-mile stretch, the bus travels past a natural gas plant, a sewage treatment facility, a fat rendering plant, and chemical storage containers.

The Covanta Essex incinerator in the Ironbound neighborhood, which burns 2,800 tons of municipal garbage from New York City and Essex County each day, near public housing complexes and an elementary school.

The Toxic Tour bus drives down Doremus Avenue, also known as Chemical Corridor, in the Ironbound neighborhood. In a one-mile stretch, the bus travels past a natural gas plant, a sewage treatment facility, a fat rendering plant, and chemical storage containers.

During the week leading up to Martin Luther King Jr. Day, the subject of environmental injustice will be the focus of a film screening and a panel discussion hosted by the Village of Ardsley’s Climate Advisory Committee and Multicultural, Diversity, and Inclusion Committee.

The film to be screened will be “The Sacrifice Zone,” a 2020 documentary about the Ironbound neighborhood of Newark, N.J., where working class people of color live alongside industrial facilities and close to the Port of Newark and Newark Liberty International Airport. The film highlights the struggle between activists and a garbage incinerator that releases chemicals into the air.

The film will be available to view online from Jan. 7-13. On Jan. 13, there will be a group screening at 7 p.m., after which panelists will talk on Zoom about the impact of waste management practices and policies in Westchester, as well as solutions to reduce waste and the burden on communities like the Ironbound.

To register for the screening and the discussion, visit www.ardsleycan.org.

Hastings resident Cat McGrath served as the impact producer for the film, which was directed by Julie Winokur and produced by Talking Eyes Media, an nonprofit that Winokur co-founded. McGrath was responsible for maximizing the film’s potential for social change. That effort succeeded.

“Before New Jersey passed the most progressive environmental justice law in the land [in 2020], local politicians shared the film with the bill’s leading advocates and sponsors to help ‘get the bill over the finish line,’” she explained.

“The Sacrifice Zone” has been screened in seven national and international festivals and won the Best Short on Sustainability at the 2021 Environmental Film Festival held in Washington, D.C.

“Dave cares deeply about equity and social justice and believed this film would provide an opportunity to raise awareness on related issues happening locally,” Bencosme said.

Bencosme stressed that the invitation to view the film and watch the discussion extends to all residents of the Rivertowns and beyond.

“We are fortunate in the Rivertowns to not live in close proximity to toxic facilities and we find many people that we speak to simply do not know where their waste ends up or who is affected by it,” she said. “However, our waste is being carted to a waste-to-energy incinerator called the Wheelabrator in Peekskill. It is one of the largest sources of air pollution in the county and their community is suffering health impacts as a result of it.”

Dana Laurient, chair of the Ardsley Multicultural, Diversity, and Inclusion Committee, affirmed that “The Sacrifice Zone” and the issues it raises are relevant to Martin Luther King Jr. Day, which is Jan. 17.

“We must all be held accountable for racial, social, and environmental injustice and inequity wherever it happens,” Laurient said. “Our committee is dedicated to promoting and creating awareness so that progress can be made. We owe this to everyone, especially to the youth who are becoming more and more aware of issues of environmental injustice.”

Laurient credits her 13-year-old daughter, Ana, with her own growing activism. In August 2020, Ana was one of four middle school students who organized a rally in support of Breonna Taylor that happened at Pascone Park in Ardsley.

Ana Laurient, now president of the student body at Ardsley Middle School, will be a panelist on Jan. 13. So will Brigitte Griswold, executive director of Groundwork Hudson Valley, a nonprofit based in Yonkers, and Courtney Williams of the Westchester Alliance for Sustainable Solutions, an effort to promote zero waste to make the Wheelabrator plant in Peekskill obsolete.