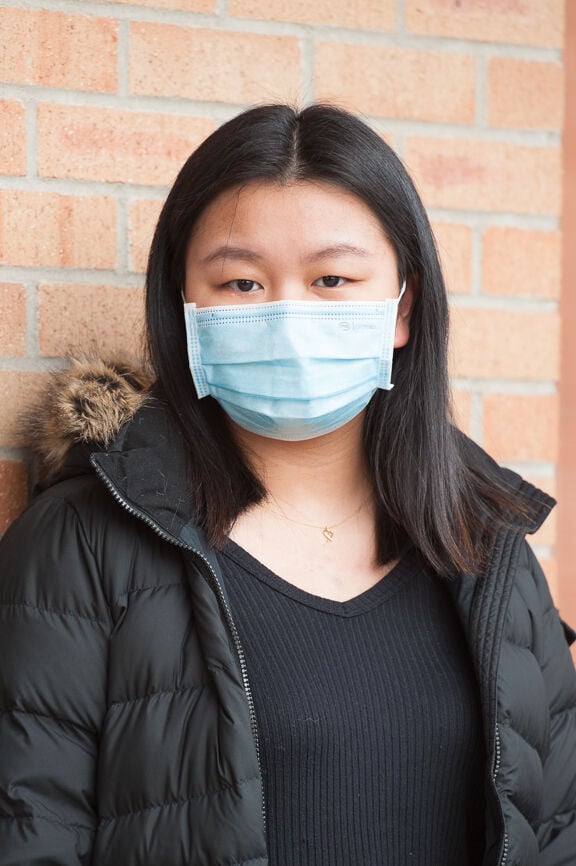 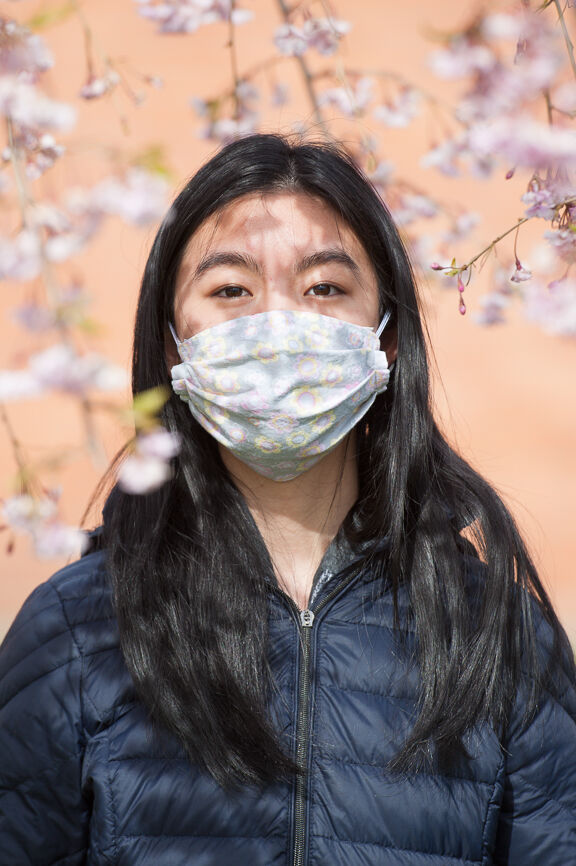 Chun and Lu are among the top 20 students at WESEF from among 550 in Westchester. At ISEF, they’ll compete among approximately 1,800 of the world’s brightest.

Chun, a senior, won for her project, “Combating Familial Alzheimer's Disease: A Study of Resveratrol's Effects on a Presenilin Model of Drosophila melanogaster,” and Lu, a junior, for her project, “Deep Neural Network Analysis of Clinical Variables Predicts Escalated ICU Care in COVID-19 Patients.”

Rather than Zoom, students used an online platform called zFairs to present to judges.

“I was studying familial Alzheimer's disease, an early-onset form of Alzheimer's that affects people as early as their 30s to 40s,” Chun told the Enterprise. Specifically, she investigated the effectiveness of a potential treatment, the naturally occurring polyphenol compound resveratrol, used as a drug.

Alzheimer's disease (AD) is a neurodegenerative disease that destroys memory and thinking. While most AD patients have late-onset AD (LOAD), five percent are diagnosed with familial Alzheimer’s disease (FAD), which is heritable. (Inherited traits are passed down from parents to children; heritable traits are not necessarily genetic.)

“Despite this, research on FAD is extremely limited and there are currently no treatments specifically targeted toward FAD,” Chun stated. Patients are often given drugs prescribed to LOAD patients, she said, but because these drugs affect LOAD-specific cellular pathways and mechanisms, they’re ineffective.

The common fruit fly is often used as the model for researching memory issues in humans because nearly 75 percent of human disease-causing genes are believed to have a functional homolog in the fly. Fruit flies can be “taught” to remember to avoid a noxious substance, for example. Because of the flies’ brief lifespan, Chun could study several generations in a short time.

She described her experiment: “After feeding some of these fruit flies resveratrol, I ran a number of different tests to determine if resveratrol improved the brain structure and short-term memory of the fruit flies.” She found resveratrol improved brain structure and short-term memory, but only when administered immediately after the flies were born. “This revealed to me that early administration of the treatment is very important,” she concluded.

Chun chose her project not only because FAD research is so limited, but also to raise awareness of resveratrol's potential as a treatment.

Chun’s most recent top awards were being named a Regeneron Science Talent Search Top 300 Scholar this past January, and a 2020 ISEF finalist. She’s not yet sure what she’d like to study in college, but is interested in both molecular/cellular biology and the social sciences. “Whatever I end up studying,” she added, “I know that the skills I've gained from research will benefit me.”

She also has advice for younger girls discovering their interest in science. “Once you set your mind to something, give 100 percent,” she suggested. “Science demands nothing less than everything you have, so trust in your abilities and go all in.”

Lu’s competition history is brief — this WESEF was her first such contest. Her choice was motivated as much by emotional investment as by intellectual curiosity.

“Back in March of last year, the most shocking part of Covid-19 to me was just how many people were passing away,” she stated. “New York at the time was the worst hit, and I had never seen a disease where so many people were affected, and so quickly. There were not enough ICU beds available to handle so many patients, and there was also a great lack of ventilators. I wanted to use my passion for science research to help save as many lives as possible, and support those working on the front lines.”

Lu’s humanitarian impulse was formally recognized last October, when she won a 2019-2020 Ambassador Award, the highest level National Student Award given by the United Nations Association of the United States of America (UNA-USA). She was recognized for her 133 hours of service to others: local organizations whose work toward the good health and wellbeing of community members contributed toward the U.N.’s goals.

For Lu, the risk scoring system she developed could be used by hospitals to help decide which patients go to the ICU. “These results could provide a guideline to help physicians better anticipate ICU needs early on and better designate healthcare resources,” Lu said.

Asked what she’d tell girls interested in such fields, Lu expressed her dual dedication to science and service. “Science research is a great way to use your passion for science to directly help those in need. There is an endless amount of questions still left unanswered in all categories of science, and it's up to you to make these new discoveries.”